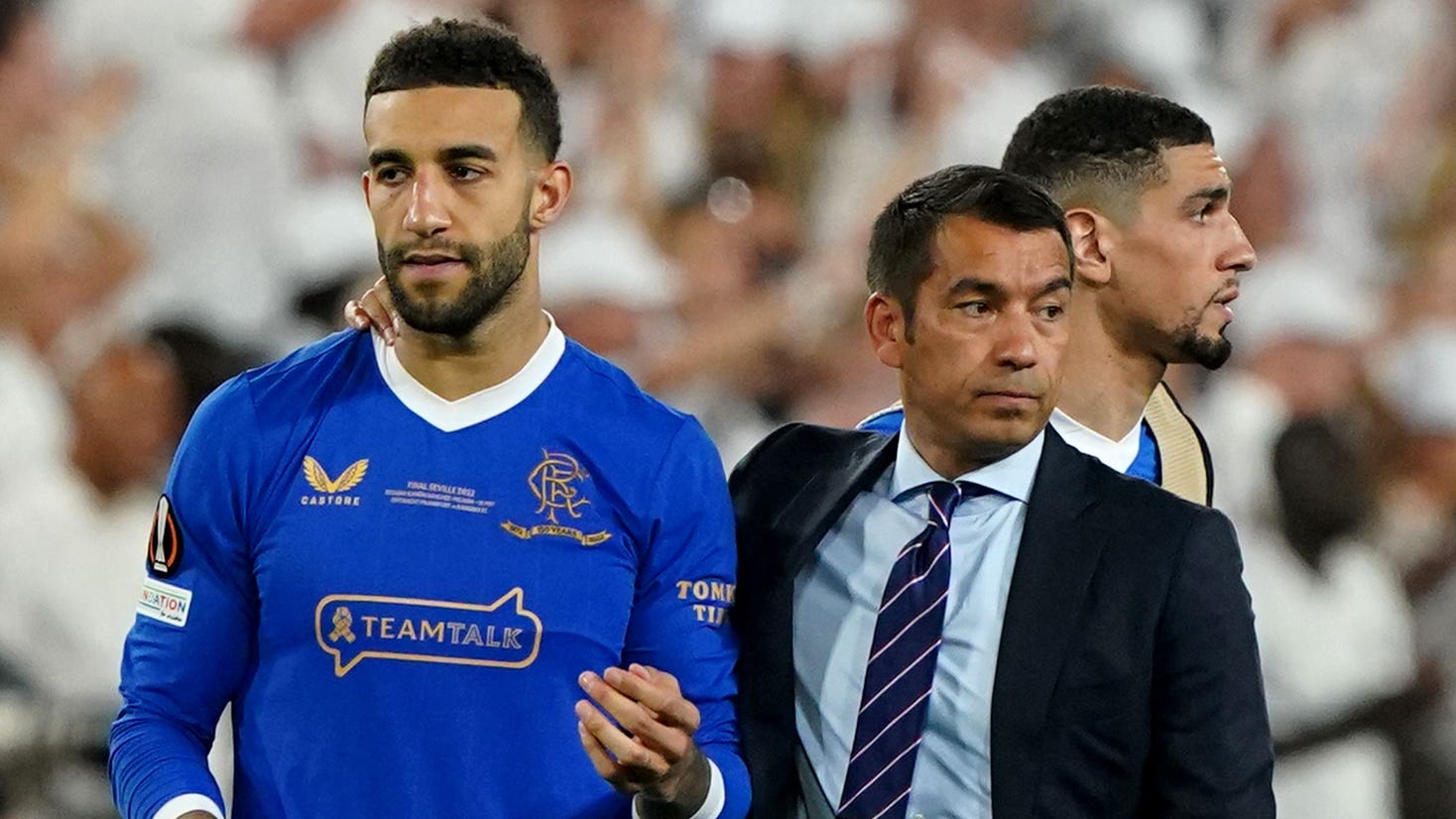 Giovanni van Bronckhorst is braced for the possibility that Connor Goldson will play his last game for Rangers in Saturday’s Scottish Cup final against Hearts.

The 29-year-old centre-back has been a key man for the Ibrox club since joining from Brighton four years ago, but his contract expires this summer and he has so far declined all offers to sign a new deal.

Van Bronckhorst has not given up hope of persuading him to stay but admits this weekend’s showpiece match at Hampden could represent his swansong in light blue.

“The club has been in talks to extend his contract, but so far he has not extended it,” said Van Bronckhorst. “The chance he will still be a Rangers player I think will be small.

“I would love to have Connor in the team next year and I still have in my mind that he will be part of Rangers next year. But the reality is we will have to watch what happens in the coming weeks.

“Connor has been amazing for this team in all those years as a Rangers player. If it will be his last game tomorrow, I don’t know right now.”

It remains to be seen if veteran goalkeeper Allan McGregor has already played his last game for the club.

The Gers number one is 40 but out of contract this summer and no decision has been taken on his future.

McGregor will sit out the final against Hearts as deputy Jon McLaughlin – who has played all Scottish Cup games so far – will face Robbie Neilson’s team.

“I’ve started Jon in the Scottish Cup campaign this year and he did well, especially in the semi-final against Celtic, so for me it would be strange to change him,” said Van Bronckhorst.

“He will still have the confidence from me tomorrow.

“It’s a difficult one because Allan is our number one goalkeeper, but he was very thoughtful and totally understands that Jon has been playing in the cup.

“With Allan, we have agreed to speak with (sporting director) Ross Wilson after the season.”

Rangers must recover mentally and physically from the heartache of losing the Europa League final to Eintracht Frankfurt on penalties in searing Seville heat on Wednesday.

Borna Barisic is out after going off injured in Spain, but Van Bronckhorst is confident the rest of his beleaguered squad can respond positively at Hampden.

“We had a tough game, playing 120 minutes in very difficult circumstances, but we had a good recovery today (Friday) and all players who are involved on Wednesday except Borna are available tomorrow,” he said.

“I have a lot of confidence in my team and their ability to regroup and recover from big games.

“The final was a big game for us and we didn’t get the outcome we wanted, but overall it was a good experience for my team to play in such a big game.

“When you are in finals and you come so far and are very close to achieving silverware, the disappointment will be very big.

“But we have another very important game tomorrow that can mean we win silverware this season. That is our focus now and I have full confidence my team will be ready when the whistle goes.”