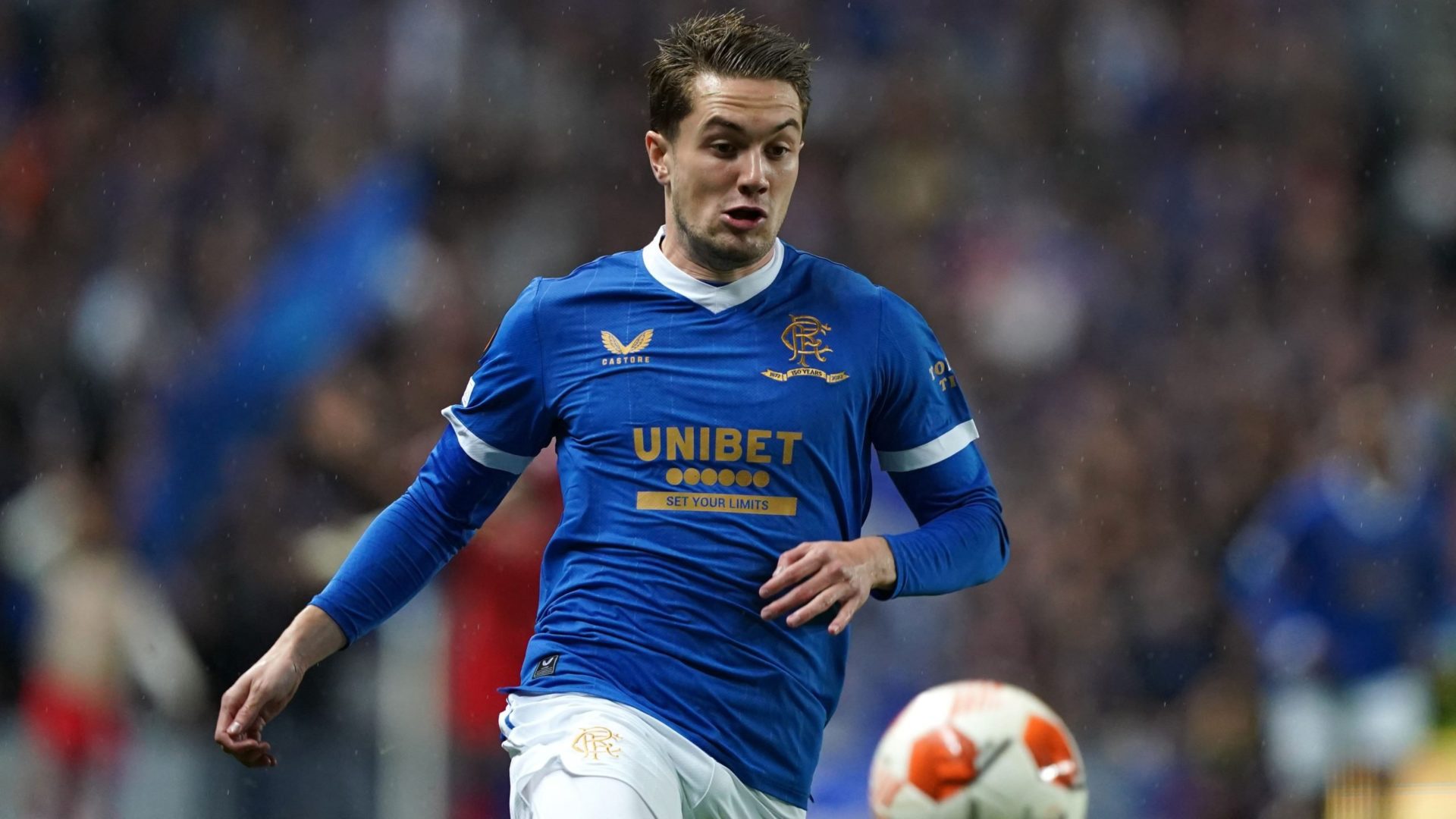 Europa League finalists Rangers signed off at Ibrox for the season with a routine 4-1 win over Ross County.

On a night when Old Firm rivals Celtic officially wrestled the cinch Premiership title back with a 1-1 draw against Dundee United at Tannadice, the Light Blues kept things ticking along towards Seville.

Attacker Scott Wright opened the scoring in the 13th minute before skipper James Tavernier won and converted a penalty in the 28th minute.

Although Staggies substitute Jordan White reduced the deficit in the 72nd minute with a terrific finish, Rangers substitutes Fashion Sakala and Amad Diallo struck late on.

While there remains one final league match versus Scottish Cup final opponents Hearts at Tynecastle on Saturday, all the Rangers focus is on the Europa League final against Bundesliga side Eintracht Frankfurt next Wednesday night before they face the Jambos in the Hampden Park showpiece three days later.

Rangers had long since resigned themselves to losing their title but questions about that is for another day.

For the next seven days, it is all about the prospect of European glory.

After making a host of changes for the home win against Dundee United on Sunday, Rangers boss Giovanni Van Bronckhorst returned to a very strong line-up.

County boss Malky Mackay made four changes, one being top-scorer Regan Charles-Cook, as Dominic Samuel, Joseph Hungbo, Jack Burroughs and Keith Watson came into the visiting side who spent most of the game on the back foot.

In the eighth minute County keeper Ross Laidlaw brilliantly blocked a close-range drive from Lundstram after he had been set up by Aribo.

However, the opening goal almost inevitably arrived and it was fairly simple.

Left-back Borna Barisic’s corner from the left was headed on by centre-back Connor Goldson for Wright to volley in from six yards.

Rangers continued to play in County’s half of the pitch, probing from left and right for goal number two, which came from the penalty spot.

Tavernier played a one-two with Lowry inside the box and was tripped by defender Alex Iacovitti.

The prolific full-back picked himself up and steered the penalty past Laidlaw to score in his third consecutive game, taking his tally for the season to a remarkable 18.

Leon Balogun and Diallo replaced Barisic and Aribo for the start of the second half and in the 52nd minute Balogun’s header from Tavernier’s deep free-kick rebounded off the post with the Highlanders escaping punishment.

Goldson headed a Tavernier corner over the bar 10 minutes later but by then a lot of Rangers’ impetus had dissipated and they were caught out when White, on for Ross Callachan on the hour mark, curled a shot from 20 yards past McGregor to inject some anxiety into the stands.

But Sakala, on for Kent after 61 minutes, dived to head in a Tavernier corner to make it 3-1 before Bassey set up Diallo for a tap-in with seconds remaining.