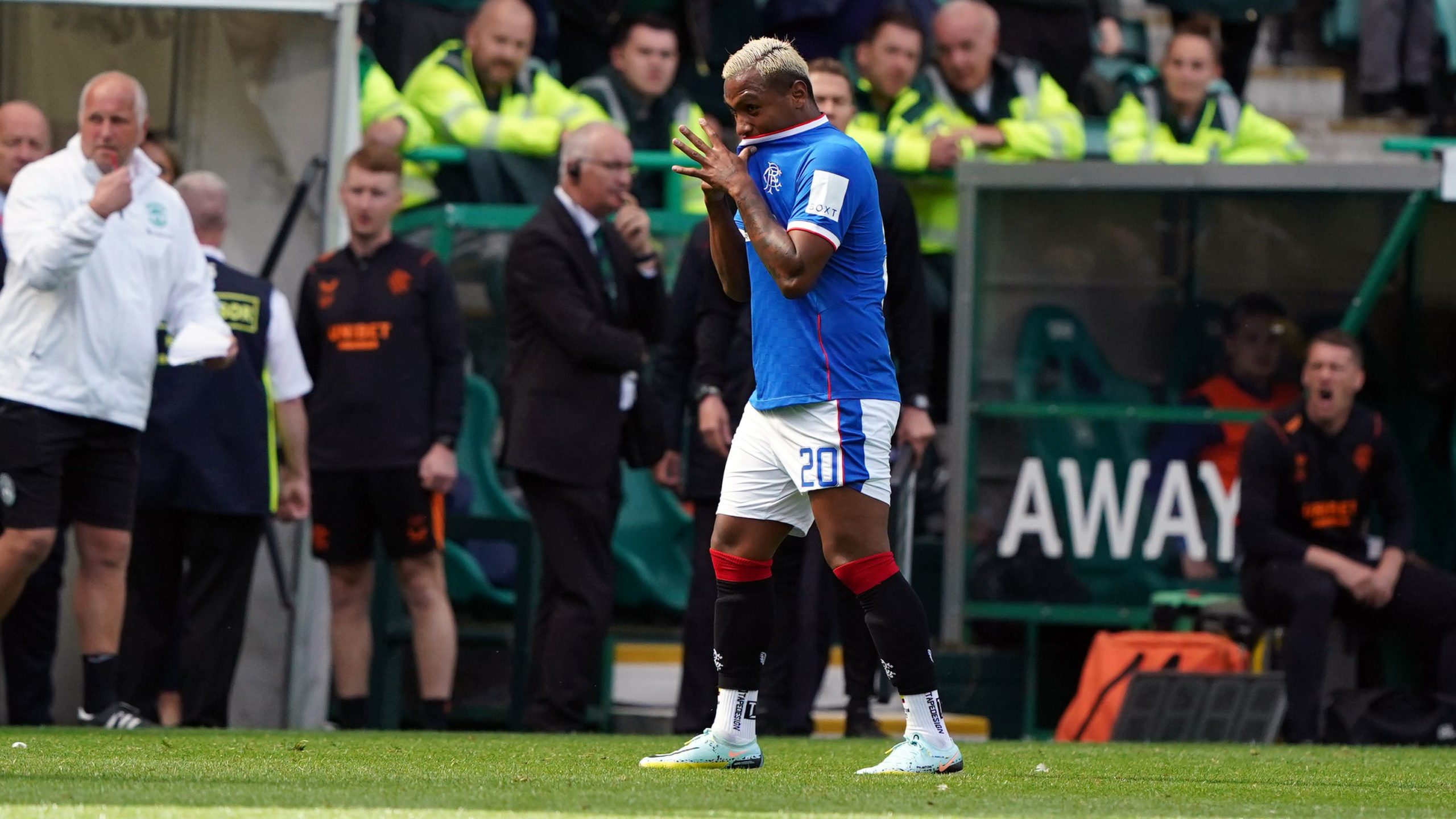 Rangers striker Alfredo Morelos has been omitted from the squad for their crucial Champions League play-off tie against PSV Eindhoven on Wednesday night.

The PA news agency understands Light Blues boss Giovanni van Bronckhorst has cut the Colombian striker for the second leg in Holland due to fitness levels and other concerns, including attitude.

Following a discussion, the Dutch boss was supported in his decision by various senior players within the Gers squad and talks about a new deal are on hold.

The 26-year-old, who recently returned to the squad following a long spell on the sidelines following a thigh injury, was sent off 13 minutes after coming on as substitute in the 2-2 draw with Hibernian in the cinch Premiership at Easter Road on Saturday.

Rangers are looking to take the final step towards the Champions League for the first time since the 2010/11 season, although last season’s Europa League finalists have a lot of work to do following a 2-2 draw with PSV at Ibrox.

Van Bronckhorst will once again go with summer signing Antonio Colak as his main attacker in the Netherlands.

The Croatia striker has scored four goals in his last five games and has kept Morelos on the bench.