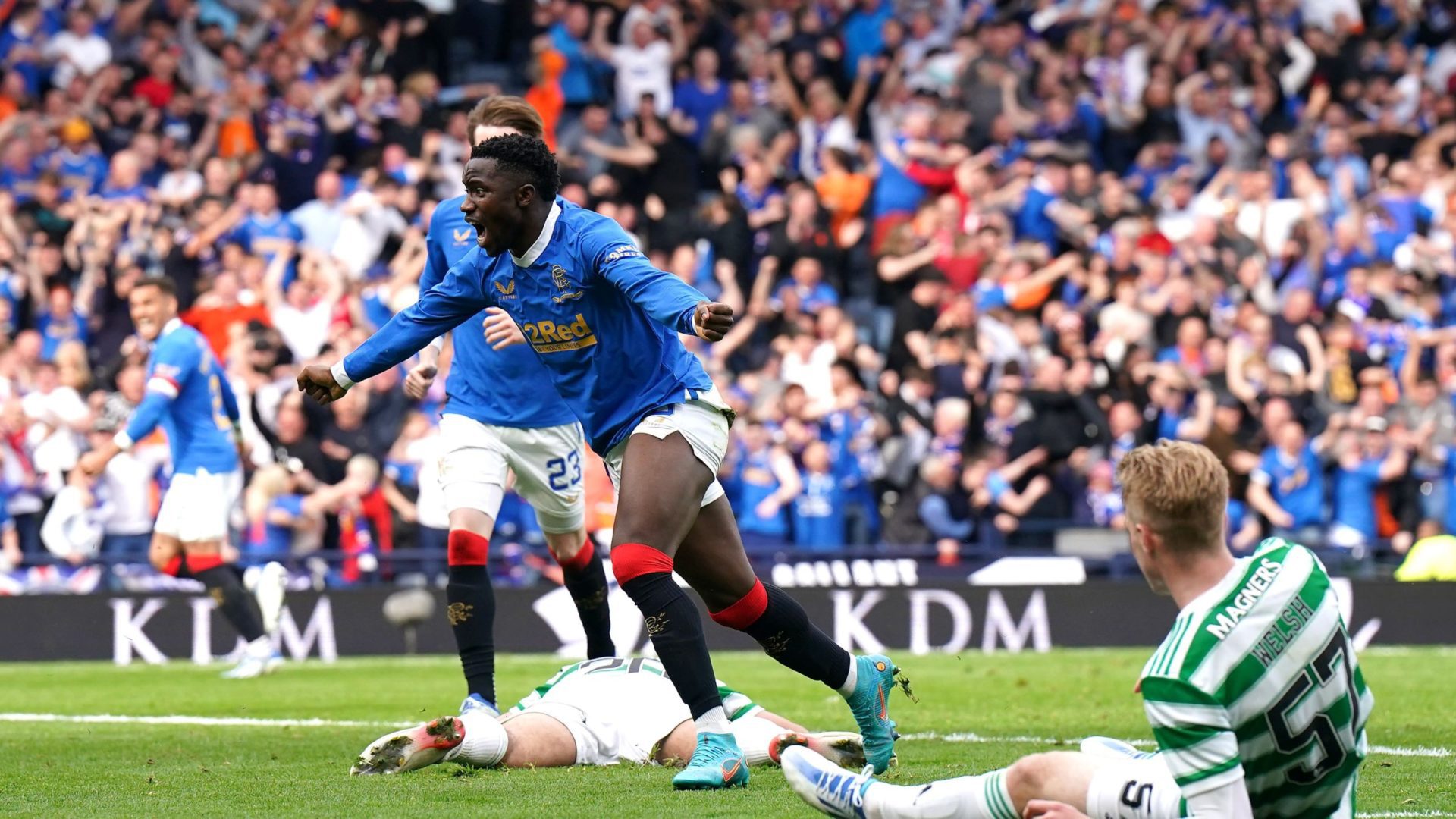 Rangers’ route to Hampden: How the Ibrox club reached the Scottish Cup final

Rangers faced lower-league opposition in the earlier rounds of the Scottish Cup before overcoming the odds to reach Saturday’s final against Hearts.

Giovanni van Bronckhorst’s team have netted 12 goals and conceded only once in the tournament so far.

Here is the story of Rangers’ road to Hampden.

Gers were hit with a major blow in the fourth round when Ianis Hagi suffered a knee injury which ruled him out for the season. There was an immediate consolation when the midfielder’s replacement, 18-year-old Alex Lowry, scored a debut goal. James Tavernier’s penalty and goals from Cedric Itten and Fashion Sakala made it a comfortable Friday night for Rangers. Lowry told Premier Sports: “It’s a dream come true. I have been here since I was 10 and scoring out there was just a dream.”

Aaron Ramsey made his first start in a much-changed team at Galabank. Filip Helander headed the opener on his comeback from injury and Kemar Roofe netted before Sakala’s cross flashed into the top corner. Ramsey said: “It was very important for me because it was my first start in a long time. I was always going to be a little bit rusty but I’m glad I got 60 minutes in the legs again. I’m feeling good. I’m building everything week by week and hopefully I can start more regularly and help the team. I’m glad to be here and enjoying my football again.”

The Light Blues cruised into the semi-finals with a comfortable win over the cinch Premiership strugglers. Connor Goldson hit an early opener, Tavernier scored another penalty and Sakala got his third goal of the tournament. Van Bronckhorst said: “I said to the players we need to show our energy and drive to go all the way. It’s been a while since we won the cup and that’s our drive.”

Rangers were underdogs going into the semi-finals after losing two league derbies in 2022 and going 120 minutes against Braga in the Europa League less than three days before the Hampden clash. The odds were further stacked against them when Greg Taylor put Celtic in front. But substitute Scott Arfield levelled and Rangers looked stronger in extra-time before Sakala claimed the late winner, although Carl Starfelt was credited with an own goal. Van Bronckhorst said: “It was a very proud moment for me to see my side play like that. We had to dig deep after a demanding game against Braga. But I think our character was phenomenal, especially because we knew that Celtic were coming at us fresh.”