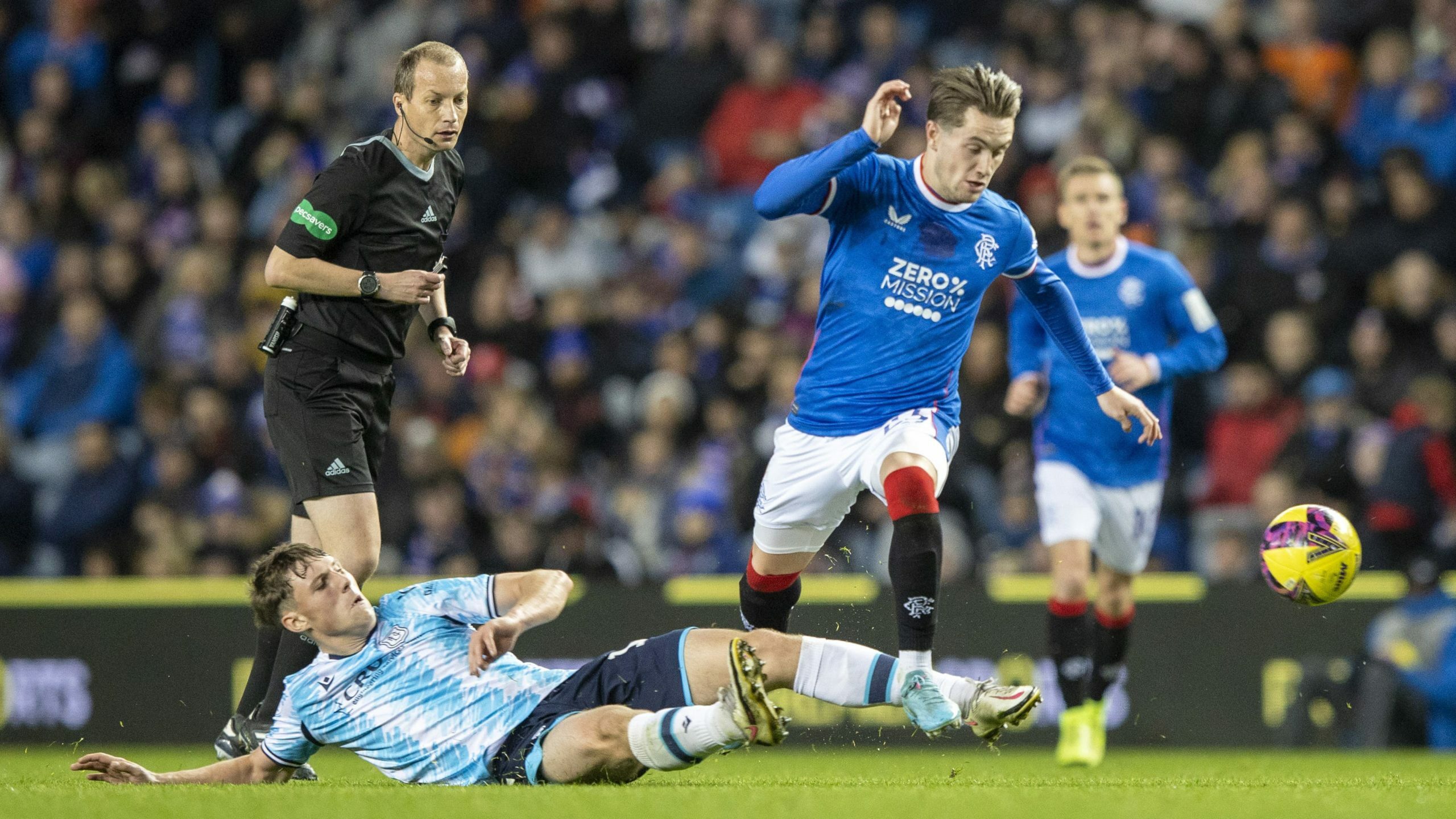 Scott Wright insists standards inside the Ibrox dressing room are just as high as those expected in the stands after boos followed Rangers’ narrow victory over Dundee on Wednesday night.

Some Light Blues supporters vented their frustration on the final whistle of the 1-0 home win over the Championship visitors which set up a Premier Sports Cup semi-final tie with Aberdeen at Hampden Park in January.

Rangers are two points behind Celtic at the top of the cinch Premiership, but Giovanni van Bronckhorst’s side have not been in top form and the Champions League campaign has been doom-laden with four defeats out of four, including a 7-1 thrashing by Liverpool at Ibrox last week.

Gers winger Wright acknowledged some underlying disgruntlement among the supporters but believes there is more to come from the team which reached the Europa League final last year.

He said: “I completely understand where the fans are coming from.

“The fans obviously set a standard for us, but we set standards within the club ourselves and we know we haven’t really been hitting them as of yet really.

“But the most important thing is we know we can give more. It is the case of us trying to keep building on what we are trying to do.

“We know the fans are going to stick with us and they set the standard and it is important that we double down on what we believe in, stick to the beliefs within the club and we stick together as a team on the pitch.

“What we achieved last year is done now. No-one speaks about that in the changing room. It’s about trying to build each week on what we’re trying to do.

“We’re in the League Cup semi-final, we’re quite high in the league.

“It’s about trying to build on that. I know our performances haven’t been there. We know that as a team.

“We can take the positives of getting results and seeing games out. It’s not as convincing as we’d want it to be, but the most important thing is getting points or getting through to the next round of the cup. ”

Wright admits Rangers have to adapt to the heady heights of the Champions League, where the club is appearing for the first time in 12 years.

The Govan club have scored one goal and conceded 16 in Group A so far, with a trip to Napoli and a home game against Ajax still to come.

Former Aberdeen player Wright insists the campaign has not damaged confidence within this squad.

“Not totally,” he said. “It was important for us to get there. I think it was the next step for us as a team.

“What we achieved in the Europa League last season was fantastic and we all wanted to test ourselves in the Champions League this year. I think we did fantastic to get there.

“Obviously, once we did it wasn’t a case of just being happy to be in the Champions League. We want to go, fight and show we deserve to belong.

“But it’s something we want to fix and we’ve got games to do that.”