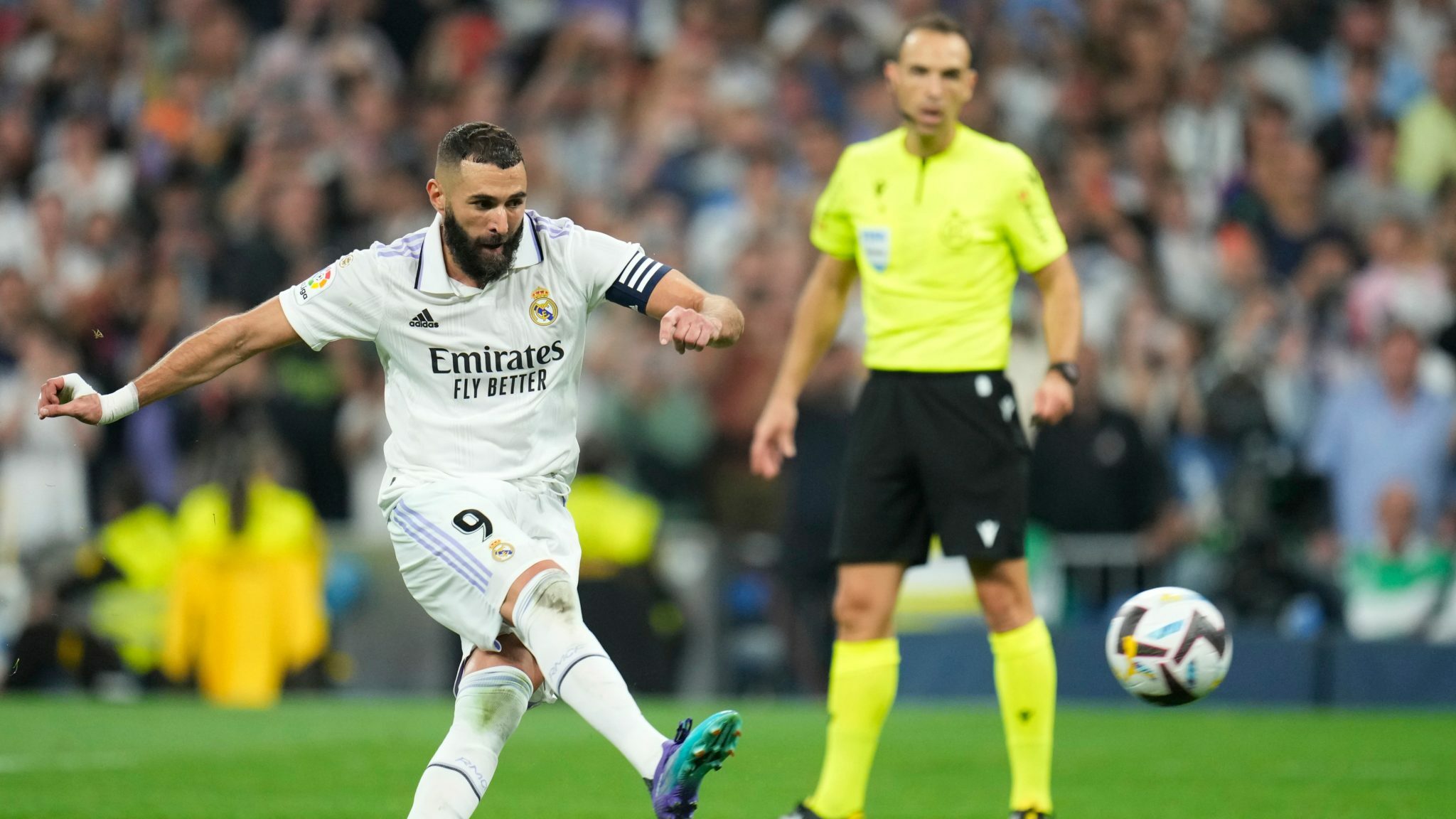 Real Madrid seen off a late Barcelona comeback to stretch their unbeaten run to 14 games and go three points clear of their rivals at the summit of La Liga.

An early opener from Karim Benzema, followed by a stunning Fede Valverde strike gave the Galacticos a 2-0 half time lead.

Barcelona set up a thrilling end to the match when Ferran Torres came off the bench to pull a goal back with 8 minutes remaining, only for Rodrygo to win and dispatch a penalty to seal the points in injury time.

Despite a mixed week for these Spanish giants in Europe, both sides were aiming to go top of La Liga with a win in the 100th Clasico.

Real Madrid were without the domineering Thibaut Courtois in goal but it was they who started the brighter, with Carlos Vinicius seeing his deflected effort spin just wide after 7 minutes.

It took only 11 minutes, and the home side were ahead through the imperious Benzema. Vinicius led a rapid breakaway only to see his shot rebound off the advancing Marc Andre Ter Stegen. The ball fell to the feet of Benzema who rifled home at the second attempt.

Barcelona spurned a golden opportunity to level the score with 25 minutes on the clock. Raphina played a teasing ball across the face of goal where Robert Lewandowski slid in at the back post, only for his effort to end up in the stands when it looked easier to score.

The Champions soaked up increasing Barcelona pressure before launching a devastating counterattack to double their advantage, ten minutes before the break.

Vinicius latched on to a loose ball off the head of Eric Garcia and, after some clever hold up play, teed up Valverde to drill a stunning finish into the bottom corner.

Real Madrid thought they had a third on 52 minutes. Karim Benzema curled a delicious bending effort into Ter Stegen’s bottom right corner, only to be denied by the offside flag.

Barcelona gave themselves a late lifeline, making it 2-1 with 8 minutes remaining. Ansu Fati danced his way down the left wing before putting the ball on a plate for fellow substitute Ferran Torres to finish at the back post.

Fati almost completed the magnificent comeback but his acrobatic effort in the six-yard box rolled agonizingly wide, as Barcelona pushed for an equaliser.

Real Madrid were awarded a late penalty via VAR after Eric Garcia tripped Rodrygo in the box.

The Brazilian stepped up and placed it just beyond Ter Stegen to send Madrid top of the table.