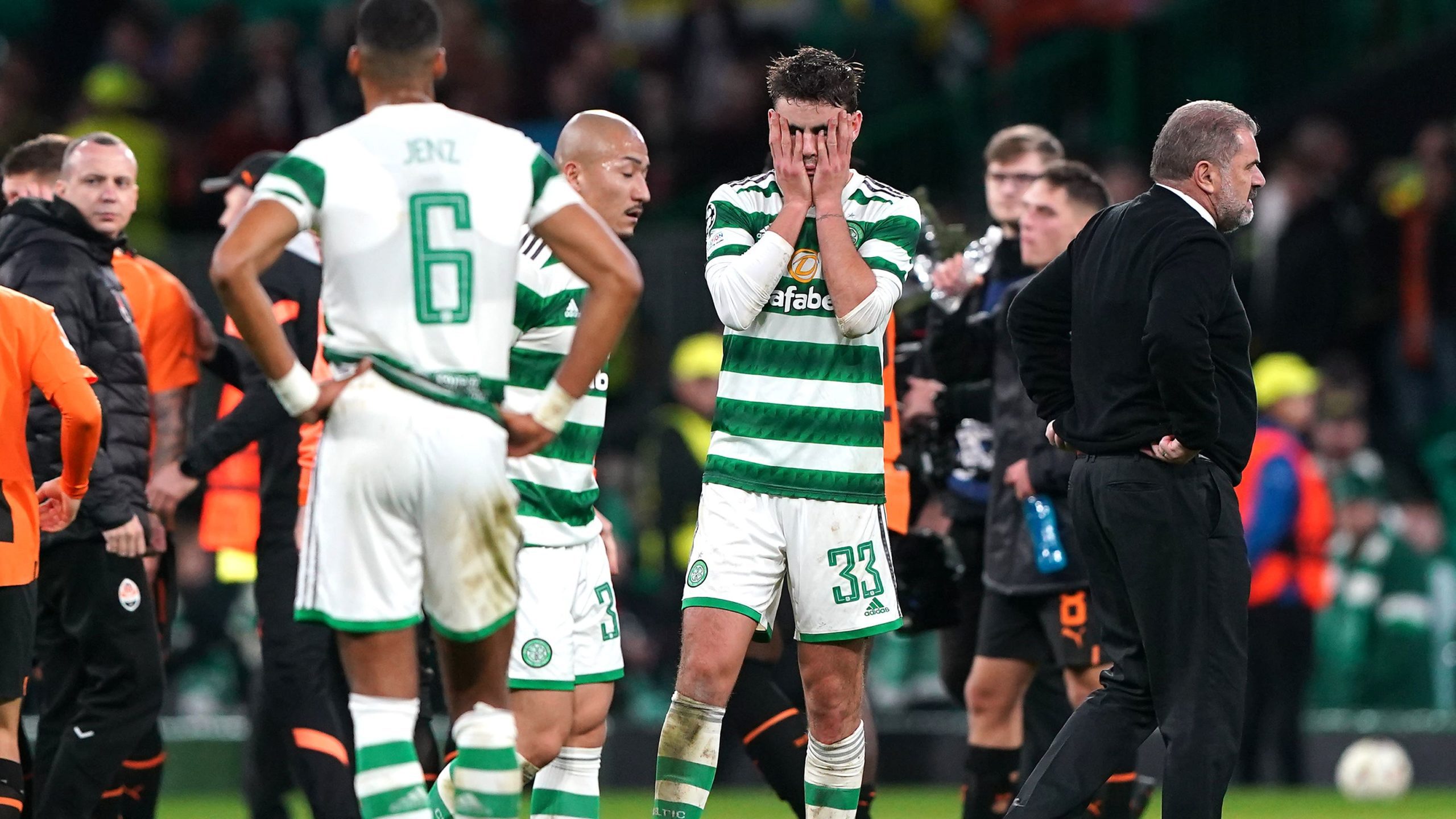 By By Gavin McCafferty PAOctober 25, 2022No Comments

Celtic manager Ange Postecoglou claimed it was always going to be difficult for his side to make a Champions League impact after a home draw with Shakhtar Donetsk consigned them to a bottom-place finish.

The Scottish champions needed to win to keep alive their hopes of entering the Europa League knockout stages and Giorgos Giakoumakis swept them into the lead 38 minutes into a tight first half.

However, Mykhailo Mudryk was a constant danger and the 21-year-old Ukraine international netted a brilliant counter-attack goal just before the hour mark.

Kyogo Furuhashi soon squandered an excellent chance before the visitors produced a strong contender for miss of the season after Mudryk set up Danylo Sikan.

However, they will play in European football beyond Christmas – in the Champions League if they beat RB Leipzig next week – while Celtic will bow out after their trip to face Real Madrid.

Postecoglou said: “We know the areas we have fallen short in this campaign and they are the areas we obviously need to improve in. But that only comes with experience and learnings and improvement.

“That’s our task – to take what we learned this year and improve for next year.

“But we have to qualify again. We haven’t been in this competition for five years. If you do that it’s very hard to just come in and make an impact.

The game progressed as Postecoglou had expected it to.

“It was a tight game,” he said. “It was always going to be a tight game, a lot at stake for both teams and I didn’t expect it to be an open affair with a lot of chances.

“For the most part we controlled the game well and played in areas we wanted to. We did create chances and minimised their threat, and scored the goal, and I thought at that stage we were in control.

“Obviously they scored a great goal from a counter-attack which is disappointing for us.

“We had a great chance for Kyogo and they missed a chance after that. It was just a tight football match that you expect at this level.

“I’m disappointed with the outcome but in terms of the players’ effort, I can’t ask any more of them.”

Shakhtar head coach Igor Jovicevic hailed his players after they moved on to six points ahead of Leipzig’s visit to Warsaw next week.

“We knew it was going to be a very difficult game because it’s at Celtic Park in front of 57,000 fans and it’s difficult for any team to play here,” the Croatian said.

“But we were brave and we gave one of our best performances.

“We demonstrated we can change during the game – we can attack, we can defend, we can counter-attack.

“The most important thing we demonstrated was the character – proper Ukrainian character. The character of fighters, fighters for freedom.

“We believe our players are heroes.”