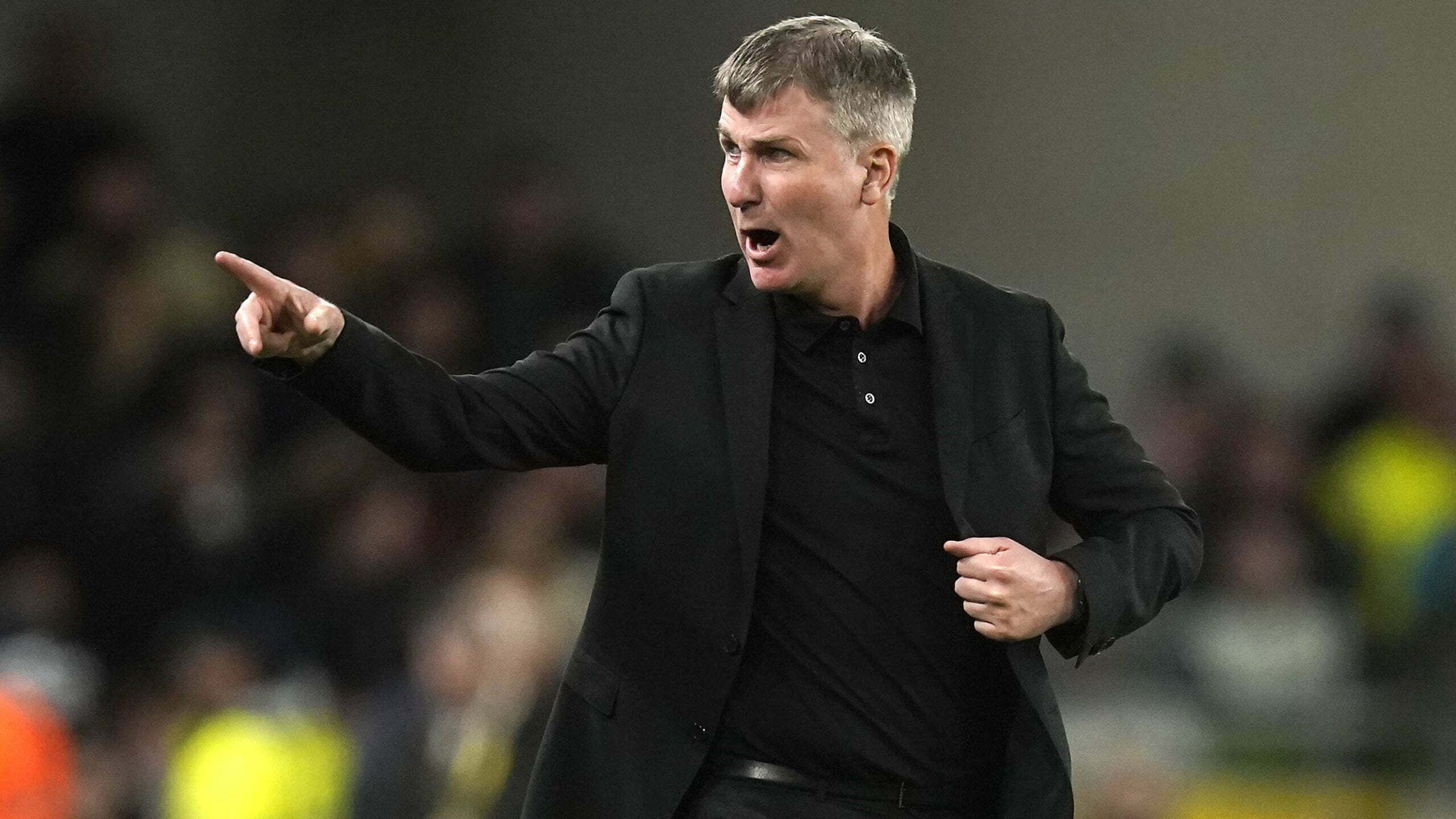 By By Damian Spellman PASeptember 28, 2022No Comments

Stephen Kenny will not abandon his attacking philosophy as he attempts to guide the Republic of Ireland to the Euro 2024 finals.

Kenny signalled his intention to play a more enterprising brand of football when he replaced Mick McCarthy as Ireland manager in April 2020 and, for better or for worse, has stuck to his guns ever since.

On Tuesday evening, he saw his side squander a 2-0 Nations League lead over Armenia inside two second-half minutes before Robbie Brady rescued victory with a late penalty, but he was unapologetic when asked about his approach.

Kenny said: “We were just a bit too eager. We were too advanced on the pitch collectively for a team winning 2-0.

“We made mistakes and ultimately conceded goals, but we won the match and completely deserved to win the match.

“There is no question we deserved to win that match – we should have won it by more goals than we did. We will learn our lessons.”

The win was just Kenny’s fourth in 21 competitive games and, although it secured Ireland’s League B status when defeat would have resulted in relegation, it did little to convince the manager’s critics that his way is the way forward.

They dominated the early stages and took a deserved lead through John Egan’s 18th-minute header, but they were laboured in their efforts to break down a stubborn Armenian defence and had to wait until seven minutes after the break for Michael Obafemi to extend their advantage from distance.

In their eagerness to kill off the game, they poured forward in numbers, only to succumb to Artak Dashyan’s strike and Eduard Spertsyan’s equaliser before Brady came to the rescue from the spot in stoppage time.

If the result, which avenged an opening day 1-0 defeat in Yerevan, was welcome, the manner in which it was achieved prompted questions over the Republic’s chances of success in the forthcoming qualifying campaign.

However Kenny, who signed a contract extension in March, said: “We will play better teams than Armenia in our quest to qualify for the European Championships. We will play teams of equal standard and some of less, probably, as well. It’s all relative.

“It was a good performance from a technical point of view and we dominated. There is room for improvement in some of our attacking play and we were uber-aggressive in pursuit of that third goal when we didn’t need to be. That was really it.

“It wasn’t a euphoric dressing room even though we won 3-2. The players know. How did they end up in that situation when they were absolutely dominant? How did it happen?

“It’s important that they realise that they actually did a lot of things very well in the game and we must learn from that situation, and I expect that they will.”