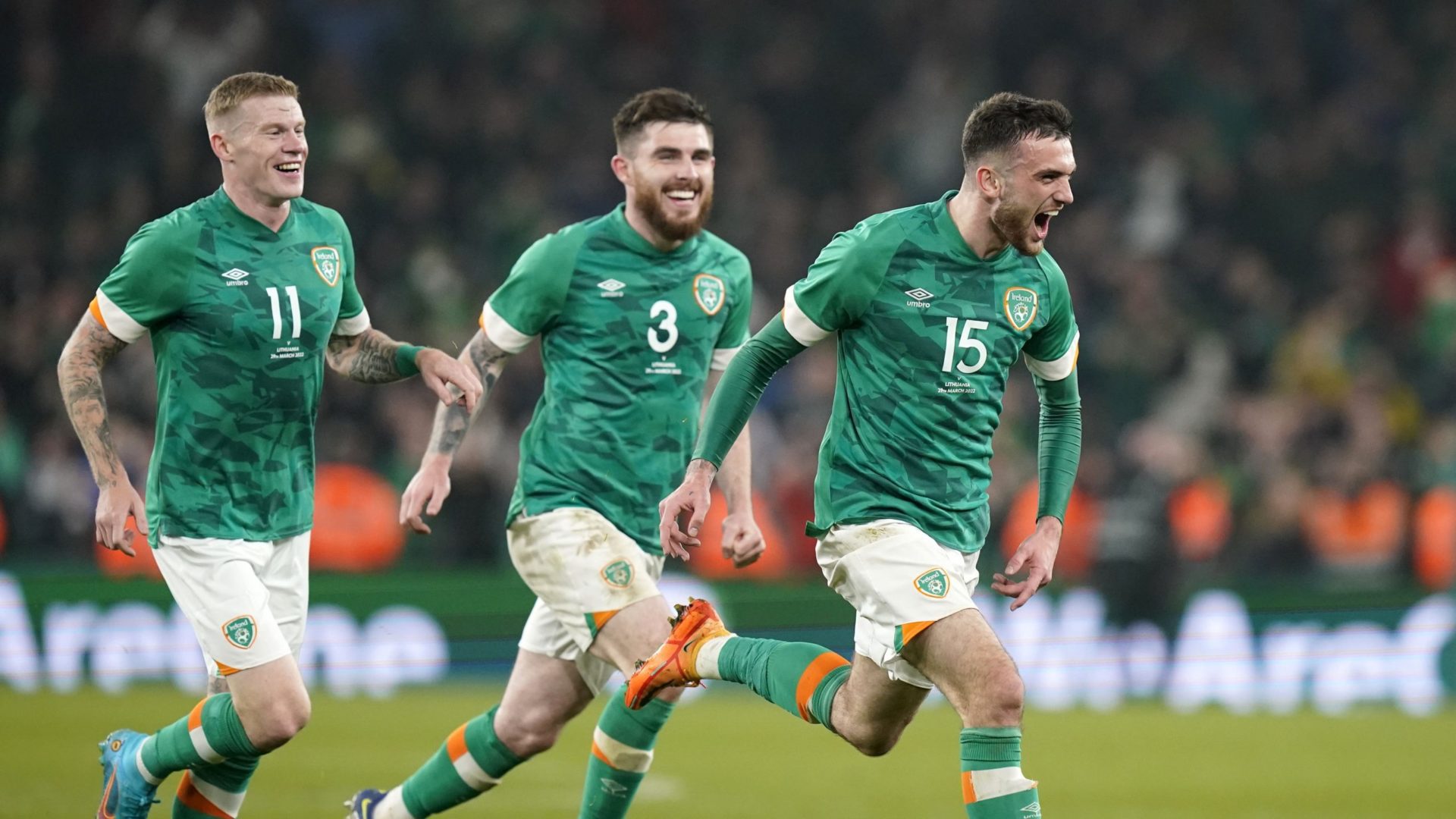 Ryan Manning is convinced the Republic of Ireland are equipped to go toe-to-toe with any team in the world as they implement Stephen Kenny’s masterplan.

Ireland produced two very different performances in a creditable 2-2 draw with world number one side Belgium on Saturday and a last-gasp 1-0 victory over lowly Lithuania three days later to extend their unbeaten run to eight games.

That ability to get positive results against opponents who provide very different challenges is exactly what they will need if they are to qualify for major tournaments, and Swansea defender Manning believes the last two fixtures represent useful learning experiences.

He said: “Everybody knows it’s about qualifying for the next major tournament.

“To have the adaptability to be able to play the number one team in the world, going toe-to-toe in and out of possession and get the 2-2 draw…

“We were unlucky that one of the goals conceded was a set-piece, which was unusual for us. I thought we did have them on the ropes for a period.

“Then against Lithuania, we had to adapt the style to play a team that’s going to sit in.

“We had more possession and had to try to break them down. We didn’t create a lot of chances and didn’t take the clear-cut ones.

“It shows that we’re beginning to become an all-round team. We can go toe-to-toe with the biggest teams and when it’s teams that sit in, we’re able to figure out ways to get around them, carve out chances and win the game.”

Ireland’s patience paid off in the nick of time against Lithuania when substitute Troy Parrott blasted home the game’s only goal seven minutes into added time at the end of the game, although they had earlier seen no fewer than four strikes ruled out for offside.

However, the fact they got there in the end perhaps should not have come as too much of a surprise.

Of the 24 goals the Republic have scored in Kenny’s 22 games at the helm to date, 10 have come in or after the 84th minute and that is indicative of the character and work ethic of his new-look team.

Asked to explain that statistic, Manning said: “It’s probably down to the style of football again.

“We’ve started to control games, started to take care of the football a lot more and I think teams that come to play against us have to work that bit harder out of possession.

“That last 10 minutes is where teams have to really dig in to try to keep us out, and I think it’s no coincidence that we’ve started scoring goals because that’s what happens when you work teams so hard for the first 80 or 90 minutes.”

Ireland will now look to carry their momentum into the start of the new Nations League campaign in June, although their fixture list – they are due to face Ukraine, Scotland and Armenia – remains a matter of conjecture amid the ongoing political situation in Eastern Europe.