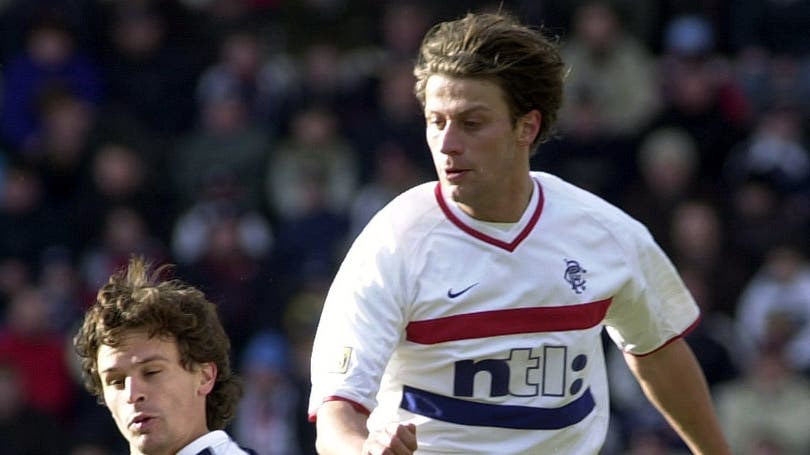 By By Ronnie Esplin PAAugust 4, 2022No Comments

Rangers new boy Ridvan Yilmaz revealed the advice he got from former Gers star Tugay Kerimoglu about his move to Ibrox.

Before he arrived in Glasgow following his transfer from Besiktas on a five-year deal, the 21-year-old Turkey left-back was photographed with compatriot Tugay, who played for the Govan club for 18 months after joining from Galatasaray in the January transfer window of 2000.

Yilmaz made his Light Blues debut as a second-half substitute in the 2-0 defeat by Union Saint-Gilloise in the first leg of their Champions League third qualifying round clash in Belgium on Tuesday night.

Speaking through an interpreter on a media Zoom call, he revealed his conversation with Tugay.

He said: “Yes, we have talked. He told me that Rangers is a big club and a historic club.

“I think that the best advice he gave me was he told me I could improve myself in terms of football, in terms of language and in terms of strength.

“He also added that Rangers fans and the Rangers club is quite passionate and that was another piece of advice he gave me which was also quite important.

“He told me that Rangers would support me along the way. This was really important for me. I am happy about this.

Yilmaz considers his attributes to be “my mentality, my speed and my technique”, but he believes he can learn plenty from boss Giovanni van Bronckhorst, who played in the same position for Rangers, Arsenal, Barcelona and the Netherlands.

He said: “It’s quite important for me that Giovanni has played left-back and I think I am going to learn quite a lot

“Before I came here we spoke about what I was good at and what were the things I could improve. I think I am going to learn quite a lot from him.”

Rangers host Kilmarnock in the cinch Premiership on Saturday before switching their attention to salvaging their Champions League qualifier next Tuesday, with Yilmaz confident they can turn the tie around.

He said: “I believe that it is quite an important match both for fans and for the club.

“I think we have the ability and capabilities to join the Champions League and I think that will be the result.”