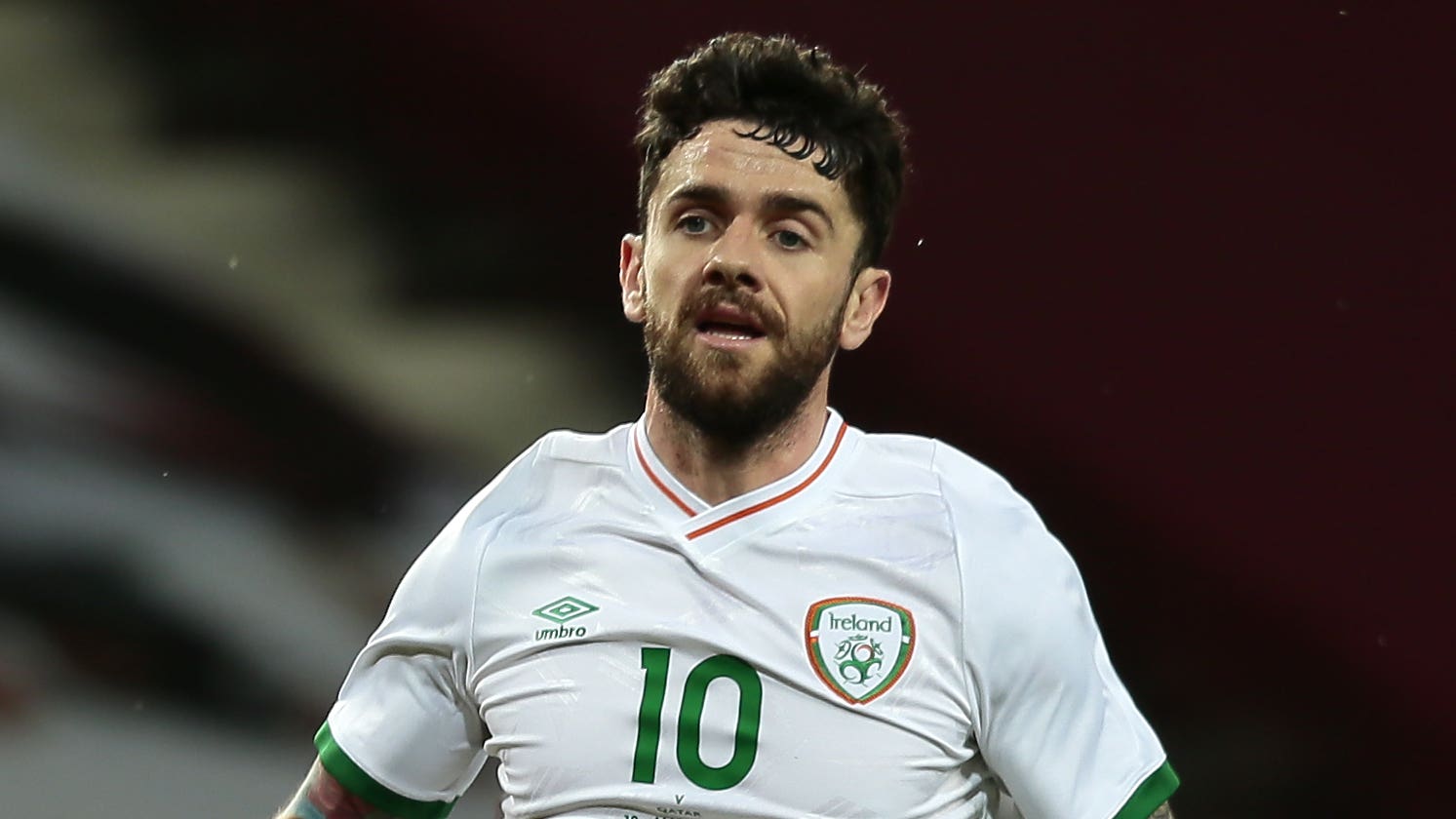 Robbie Brady targets another major tournament with Republic of Ireland

By By Damian Spellman PASeptember 19, 2022No Comments

Robbie Brady is targeting World Cup and European Championship adventures after ending a lengthy exile in the international wilderness.

The 30-year-old Preston wing-back has not played for the Republic of Ireland since winning his 57th cap in a friendly against Qatar in March last year, with injury and a lack of opportunity at club level having hampered his efforts to re-establish himself in Stephen Kenny’s team.

However, Brady – one of the heroes of Ireland’s Euro 2016 campaign – is back in the squad ahead of the Nations League clashes with Scotland and Armenia after finding a new home at Deepdale following his release by Burnley and then Bournemouth, and is determined to wring every last minute out of a career which appeared to have stalled.

Asked if he had ambitions to make it to another major tournament, he said: “Definitely.

“My performances will have to be up to a level that keeps me involved and I’m confident enough I will be able to get to a level to stay in the picture. We’ll see how things go.

“These tournaments are what it’s all about and what you want to strive to. We’ve got a big week ahead of us now. There are so many factors that will play in getting us to the Euros and like you said the World Cup after.

“I’m only 30 years of age, but there’s no time to waste. There are not that many tournaments left, so you want to grab it with both hands and try and push for them.”

Former Manchester United trainee Brady returned from France in 2016 a national hero after scoring the goal which secured a famous 1-0 win over Italy and booked Ireland’s place in the last 16, where his converted penalty threatened to upset the hosts.

But knee and Achilles injuries since left him fighting for game-time at Burnley and then Bournemouth and, as a result, watching his country from afar.

He said: “That’s the hardest part of the whole thing, the mental side of it. When you’re younger, you just brush things off, and you just get on with it.

“When you’ve done a couple of long-term ones, it’s difficult. You know what you want to do, but at certain times, your body isn’t allowing you to do that.”

Ryan Lowe’s faith at Preston, where he has started nine of the club’s 10 Sky Bet Championship games this season, has been matched by that of Kenny, who has remained in regular touch.

Brady said: “He’s been great for me since he first came in, and keeping in contact and his thoughts on me and where he thinks I can get to. I wasn’t able to get myself in a position to give him what he needed. I am back fit and healthy and in a good place now to make an impact.”

That is not the case, however, for Norwich defender Andrew Omobamidele, who has been withdrawn from the squad which trained at Abbotstown on Monday with a groin injury and replaced by Aberdeen’s Liam Scales.