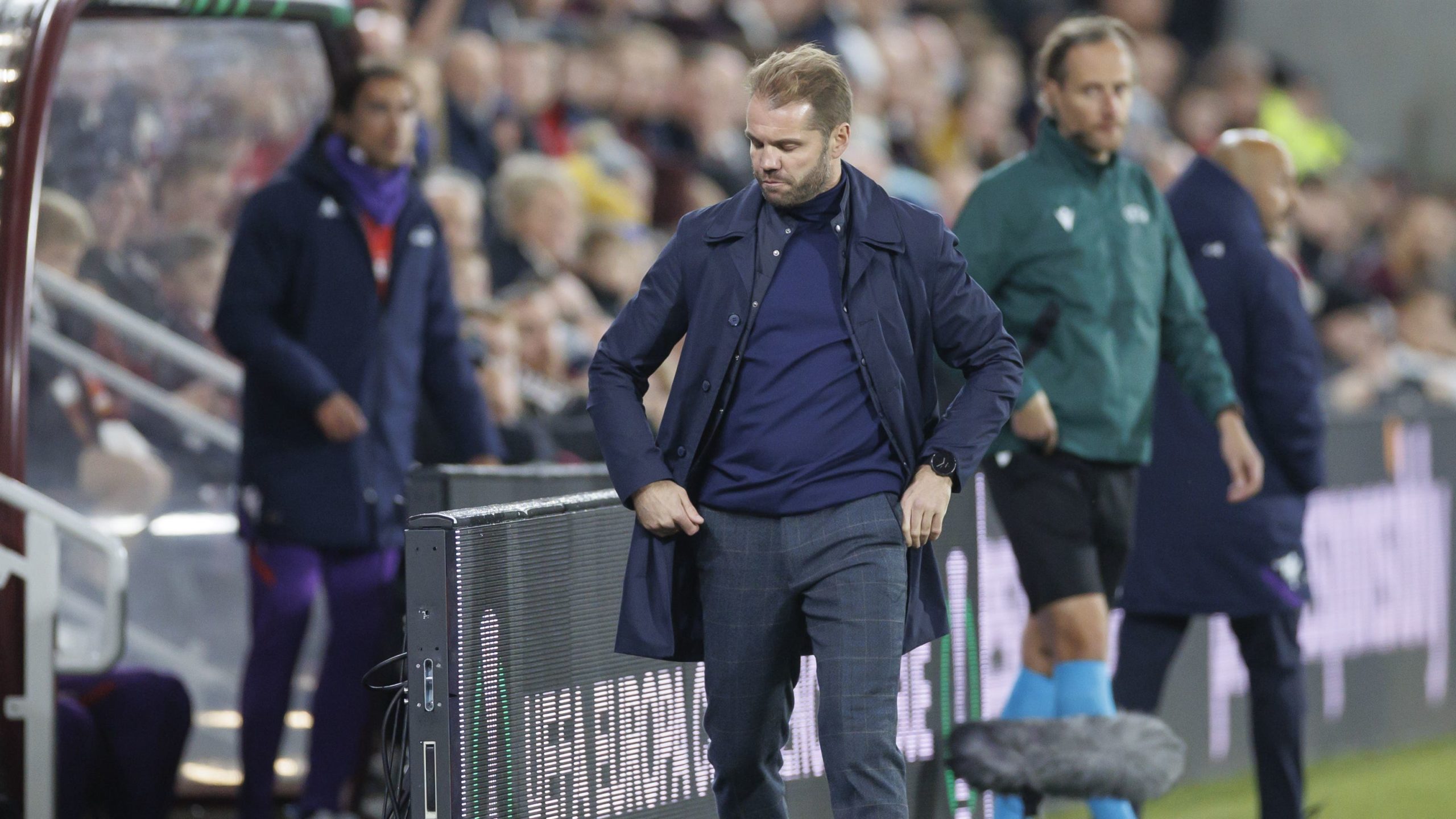 By By Anthony Brown PAOctober 6, 2022No Comments

Robbie Neilson lamented the loss of two “poor” first-half goals as Hearts crashed to a 3-0 defeat at home to Fiorentina in the Europa Conference League on Thursday.

The Italians dominated possession for long periods of the match and their victory took them above the Jambos into second place in Group A.

Neilson admitted his side were taught a harsh lesson as they “switched off” at key moments, allowing the visitors to enjoy a comfortable evening in Edinburgh.

“I’m disappointed,” he said. “It was a huge learning curve for us. The disappointing thing for me was the goals we conceded. For all Fiorentina were good, the goals we lost were poor.

“It’s the first time a number of players have played against players of that level. There were parts of the game where we contained them and parts where we switched off and if you switch off for half a second against these players, you lose goals.

“I felt at times we were reactive instead of proactive. We have to be more proactive and have more belief.”

Neilson had no complaints about the red card shown to teenage defender Lewis Neilson for a last-man foul on former Real Madrid striker Luka Jovic early in the second half.

“I think it’s a red card,” he said. “Lewis has been fantastic for us the last five or six weeks since he came. He’s a young kid playing against a £55 million striker from Real Madrid and he’s made a bad decision in a split second.

“He’ll be disappointed but the biggest hope is that he learns from this.”

Hearts spent much of the game on the back foot, but Neilson defended his gameplan.

“No,” he said when asked if his side gave Fiorentina too much respect. “If you engage them high up the pitch they’ll play around you and open up your defence.

“Do we press high and leave huge gaps behind us or do we sit and wait for the moment to come to steal the ball? There was a tactic behind it – we can’t just come out against a top side and go gung-ho, just pressing and pressing.

“At half time I thought ‘will we change it?’ But I thought ‘no, we’ll keep it’ because the two goals were from things we should have defended better. We weren’t getting picked apart.”

Neilson knows qualifying from the group will be a tall order after two defeats from the opening three matches but he is hopeful they can keep themselves in contention with an improved result away to Fiorentina next Thursday.

“I think we’re still sitting in a good position on three points,” he said. “Next week’s game will be pivotal for us. It will be a hard game out there but hopefully we can get something and keep ourselves alive. This season in this competition is a learning curve for us.”

Fiorentina had won only one of their previous 10 matches and boss Vincenzo Italiano hopes their dominant display at Tynecastle can help spark their season into life.

“We knew how important this game was,” he said. “I’m very happy we played the game we wanted to play. We played most of the game in their half.

“I’m very proud of the guys. They sustained a good rhythm and I hope this is going to continue going forward.”