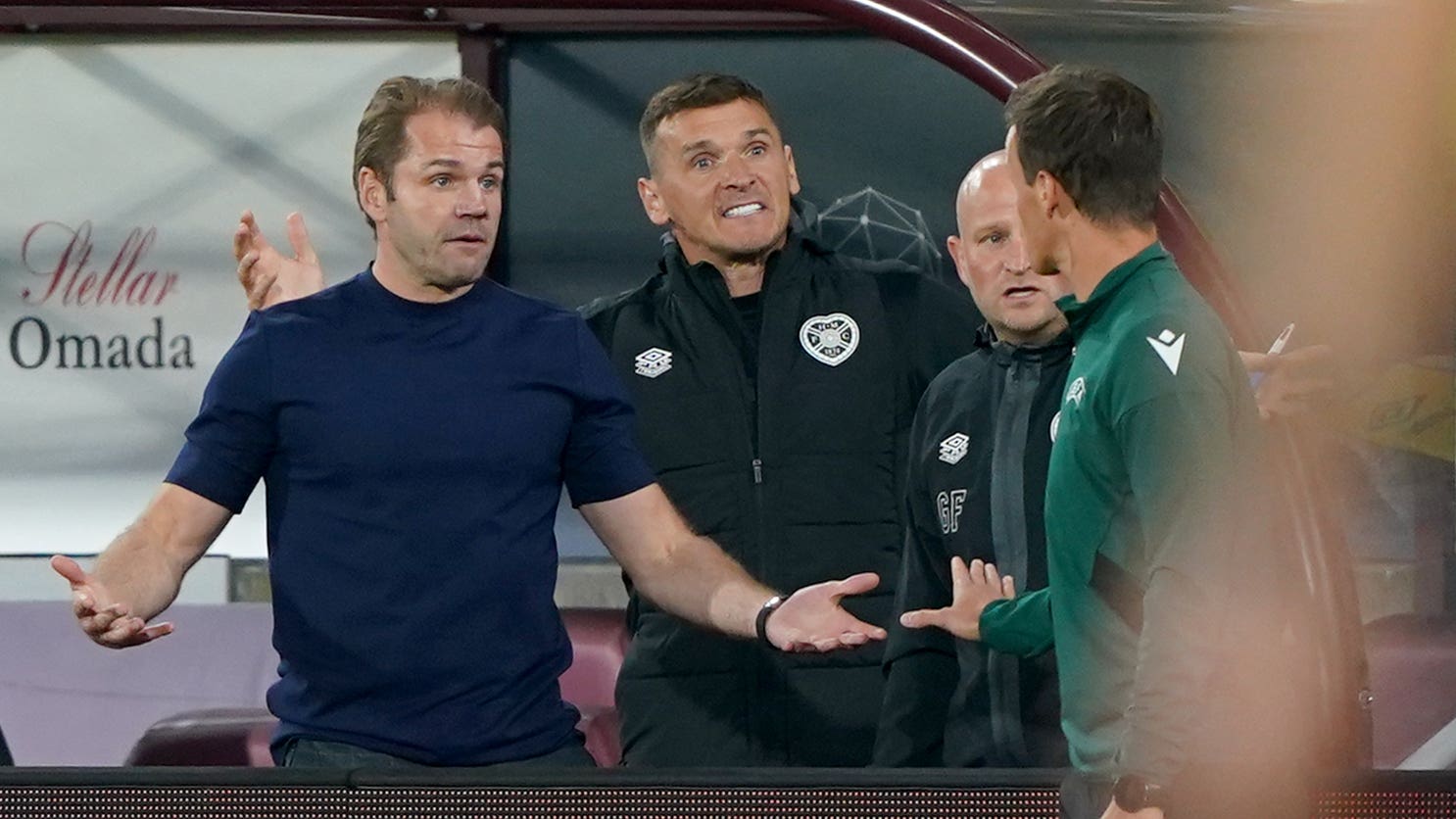 Robbie Neilson proud despite Hearts crashing out of Europa League

By By Anthony Brown PAAugust 25, 2022No Comments

Robbie Neilson was proud of his Hearts players for putting FC Zurich under “massive pressure” before Jorge Grant’s second-half red card swung their Europa League play-off back in favour of the Swiss champions.

The Tynecastle boss was hugely encouraged with the way the Jambos dominated their visitors in the first half as they tried to overturn a 2-1 first-leg deficit at a packed-out Tynecastle.

But Neilson admits Grant’s red card – after picking up a second booking for being deemed to have dived in the opposition box – was the turning point as Zurich went on to score in the 80th minute and progress to the Europa League group stage with a 3-1 aggregate victory.

“The sending off changes the game and made it very difficult. There is a disappointment, but, overall, pride in the players, the club, the fans and the board.”

Neilson felt the decision to show Grant a second yellow card was wrong and instead claimed his team should have been awarded a penalty.

“When I speak to our players I say to them, when you’re defending in the penalty area, you can’t come off your feet,” he said. “If you do, you have to make contact with the ball. He comes off his feet.

“The striker, in my opinion, is under no obligation to get out the way. So as soon as there’s contact, it should be a penalty. But the referee has seen it a different way and it’s cost us the tie.

“It changed the game. At that point we are still 2-1 down from the previous game. They get a chance to then open up. If you give these players time on the ball, they are good  players, they are internationals, the league champions. We found it hard then to get pressure when we needed it.”

Neilson feels the way his team played against Zurich will stand them in good stead as they prepare to drop into the Conference League group stage, with the draw on Friday afternoon.

“It gives us massive confidence,” he said. “We’ve shown we can go away from home and play well and we can play well at Tynecastle with massive intensity and put teams under massive pressure. We should have won the game but it didn’t happen.

“I’m positive because I’ve been here through the hard times, administration, demotion, playing in the Championship, no fans, and now we’ve dominated a European match against the Swiss champions for 60 minutes, and we’ve got European football until Christmas to look forward to.”

Neilson was annoyed at seeing his goalkeeper Craig Gordon struck by a coin while preparing to take a free-kick in front of the Zurich fans.

“It’s disappointing,” he said. “You don’t want to see that in football. We’ve had it already this season at a ground we’ve been at (when Alex Cochrane was struck by objects against Hibernian earlier this month).

“It’s something that has to be eradicated. You don’t want to see it.”