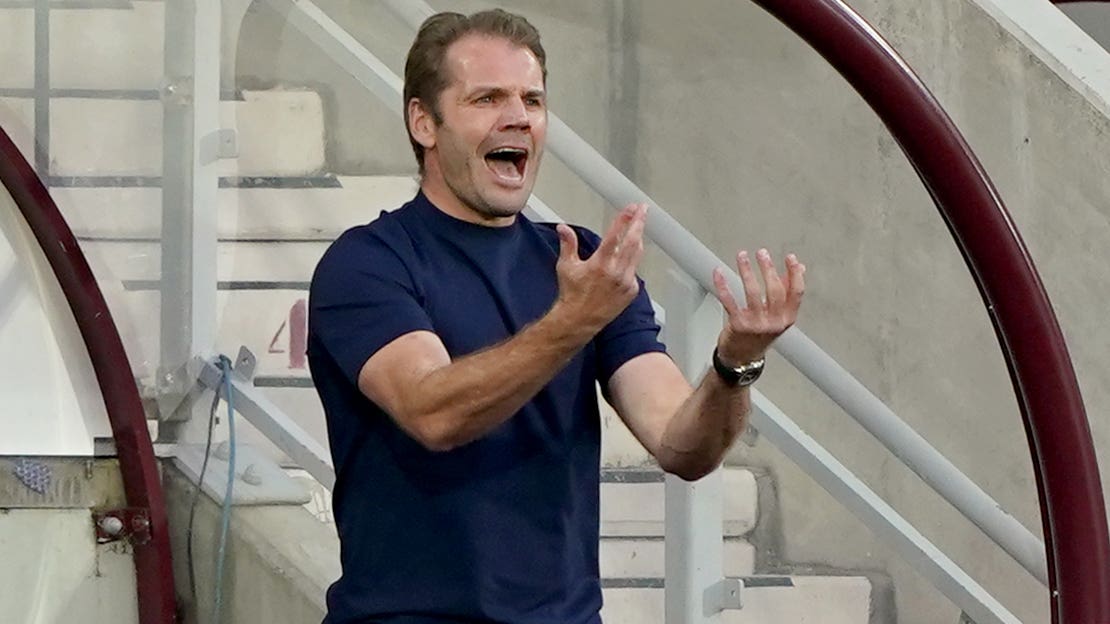 By By Anthony Brown PASeptember 7, 2022No Comments

Robbie Neilson has challenged Hearts to replicate the performance they produced against FC Zurich last month as they bid to kick off their Europa Conference League group-stage adventure with victory over in-form Turkish side Istanbul Basaksehir on Thursday.

The Jambos lost 3-1 on aggregate to the Swiss champions in the Europa League play-off but delivered a rousing display in the second leg at a pumped-up Tynecastle a fortnight ago before Jorge Grant’s sending-off took the sting out of their challenge.

Neilson believes it will take a similar standard of performance – but with more clinical finishing – if they are to beat the Turks, who are unbeaten in 17 matches in all competitions since March.

“It’s going to be a tough night but we’re at Tynecastle.

“We played Zurich recently and did very well in that game and we hope we can bring the same kind of energy and spirit, and hopefully Tynecastle is rocking again.

“They’re a different type of team to Zurich, more of a possession-based type team.

“You look at the average age of them it’s 28, 29 and they are all really good players. But we feel coming to Tynecastle if we can get to the levels we got to against FC Zurich, we have a real chance.”

Fiorentina and Latvian side RFS Riga are the other two sides in Hearts’ group.

“Look, it’s going to be tough to progress out of this group,” Neilson said. “The two top seeds are top teams.

“It’s going to be hard. We can’t start thinking we need to get X amount of points to get through.

“We’ll take the next game and hopefully deal with that and also make sure our league form is OK because that’s the bread and butter that got us here.”

Hearts have lost five of their last six matches in all competitions, with their two most recent matches bringing particularly disappointing 1-0 defeats at home to Kilmarnock in the Premier Sports Cup and away to Livingston in the Premiership.

Neilson dismissed any notion that his side – who are still without injured quartet Craig Halkett, Beni Baningime, Kye Rowles and Liam Boyce – are in a rut.

“We’re sitting fourth in the league,” he said.

“We’ve had some tough games to start with, including FC Zurich, the Swiss champions. The last couple of games have been very disappointing but we’ve added to the squad and we’re getting guys back from injury, and I’m sure we’ll kick on.

“The last two results have not been good enough for the football club but we’ve now got to push forward. We’ve got a huge game against a very good team and it gives us an opportunity to get ourselves going again.

“We’ve lost two games in four days so if that’s a slump I’ll take that every now and again in the season. We’re sitting in a good position. We’re playing group-stage European football and we’re sitting fourth in the league so we’ve got to look at the positives.”

Hearts added former Scotland winger Robert Snodgrass to their squad on Tuesday but the 35-year-old was not signed in time to be registered for the Conference League group stage.

“That probably suits him more, with the age he’s at, that he can just prepare week to week (for league games),” said Neilson.

The capture of free agent Snodgrass signals the end of Hearts’ summer recruitment.

“That’ll be us done at the moment,” said Neilson. “I’m pleased with the squad. We’ve improved it and we’ve increased the numbers.”