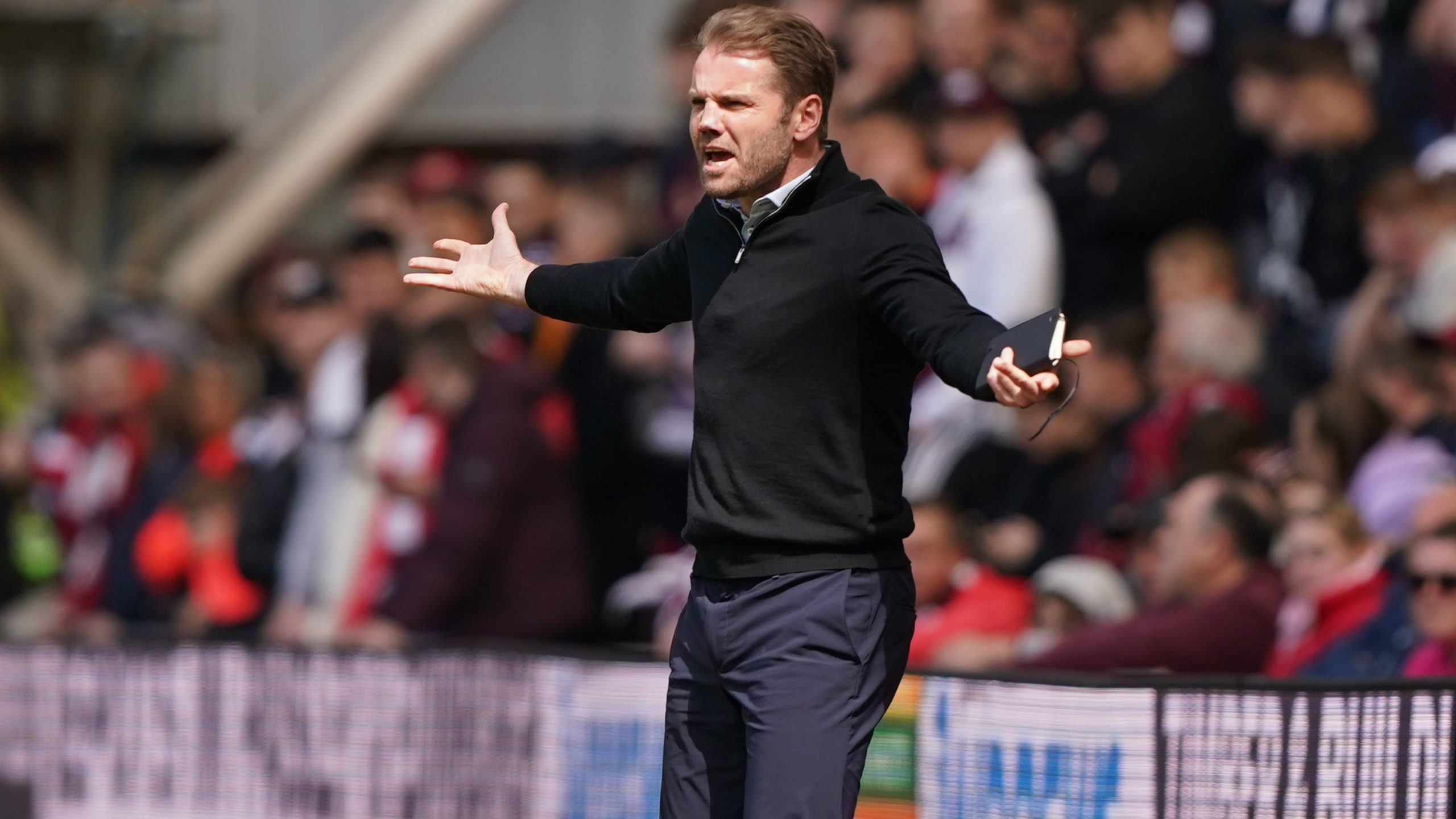 By By Anthony Brown PAAugust 12, 2022No Comments

Robbie Neilson expects Hearts to encounter a Dundee United side “hungry” to make amends for Thursday night’s European humiliation when they return to cinch Premiership action at Tynecastle on Sunday.

The Tannadice side’s Europa Conference League venture was ended at the first hurdle after they were thrashed 7-0 by Dutch side AZ Alkmaar in the Netherlands after a 1-0 win in the home leg.

Hearts boss Neilson anticipates a strong response from his former club in Edinburgh this weekend.

“In the home tie Dundee United were exceptional,” he said. “Obviously the game last night was difficult. They started the game well but then they had that period where they lost a lot of goals. Sometimes that can happen in Europe if you’re playing against top teams.

“I would expect a positive reaction. They’ll come out and make it very difficult for us. They’ll be hurting after such a big defeat so we need to be ready for it. I expect them to come out hungry to try and avenge last night’s result. I expect it to be a difficult game.

“We beat them 5-2 at Tynecastle last season and it was a very open game. I expect it to be the same again because they’ve brought in a lot of attacking options like Steven Fletcher and Jamie McGrath. They’ve got a lot of attack-minded players and so do we.”

“I’m looking forward to it,” said Neilson. “It’s a good tie for us. Obviously it’s going to be very difficult against the Swiss champions but we believe we’ve got a good team here and we’ll go and try and win the game.

“We know we need to be at our very best to try and progress through the round but I believe we’ve got the players to do that.”

Neilson is still intent on bolstering his squad with new faces for their busy schedule.

“We’re still looking, still trying,” he said. “These things can take a bit of time but there are still a couple of weeks left of the window and I’m sure we’ll get the positions filled that we want.

“I don’t want to put a number on it but I do think we need a couple of additions, at least. We’ve got a good squad here but with the amount of games we’ve got coming up – we’re back-to-back Thursday-Sunday almost through to December – so we need to make sure we’ve got the bodies here to sustain that.”

Neilson played down suggestions this week that attacker Josh Ginnelly could be set to depart Tynecastle.

“Josh has been out injured through pre-season, he’s just getting back, he’s been in the squad, on the bench,” said the manager. “In my view, Josh will be a big part of this club going forward.

“He’s a very good player. He’s different from what we’ve got at the moment in that he’s got blistering pace. It’s about getting him as fit as we can to use him.”