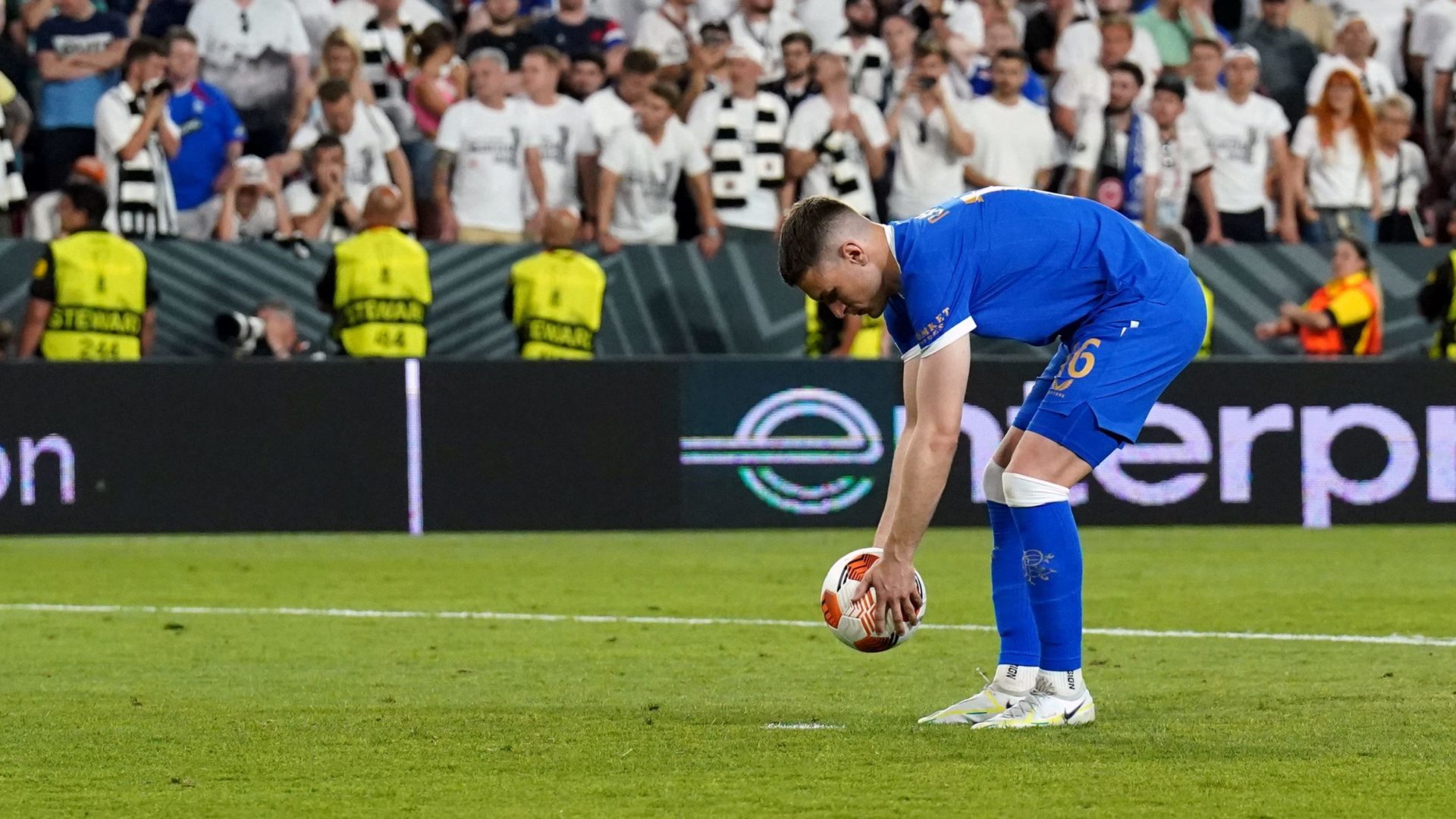 Page has backed Ramsey to bounce back from his Seville misery, and says he has no qualms over asking the midfielder to take a penalty in a World Cup play-off final next month should he need to.

But Page suggested Rangers were misguided in putting Ramsey among their five penalty takers, saying: “It’s difficult because you have to be up to the pace of the game.

“We see it time after time when you are not up to the pace of the game. It happened recently where the players’ first touch after he comes on is missing a penalty.

“It’s unnecessary pressure for the player. I wouldn’t make the substitution.

“If it was forced and you have to take a penalty then you have to get on with it. But there is no way I would play God.”

Ramsey is on loan at Rangers and his parent club Juventus raised a few eyebrows on Thursday by tweeting a message of congratulations to Bundesliga club Eintracht.

The 31-year-old, who is under contract in Turin until 2023, must now focus on Rangers’ Scottish Cup final against Hearts on Saturday.

But Page’s thoughts are very much on the World Cup play-off final against Scotland or Ukraine in Cardiff on June 5.

Having included Ramsey in a 27-man squad for that game as well as four Nations League ties in June, Page said: “I nearly messaged Aaron this morning, but then I thought I would give him some space.

“I can’t wait to get him in the building and back with his mates. I will have a one-on-one with him, but Aaron will be fine

“Big players step up for big occasions, and he will recover in a positive way.

“As disappointed as he will be for himself, and Rangers as well because they showed loyalty in taking him in and giving him games, he will bounce back.”