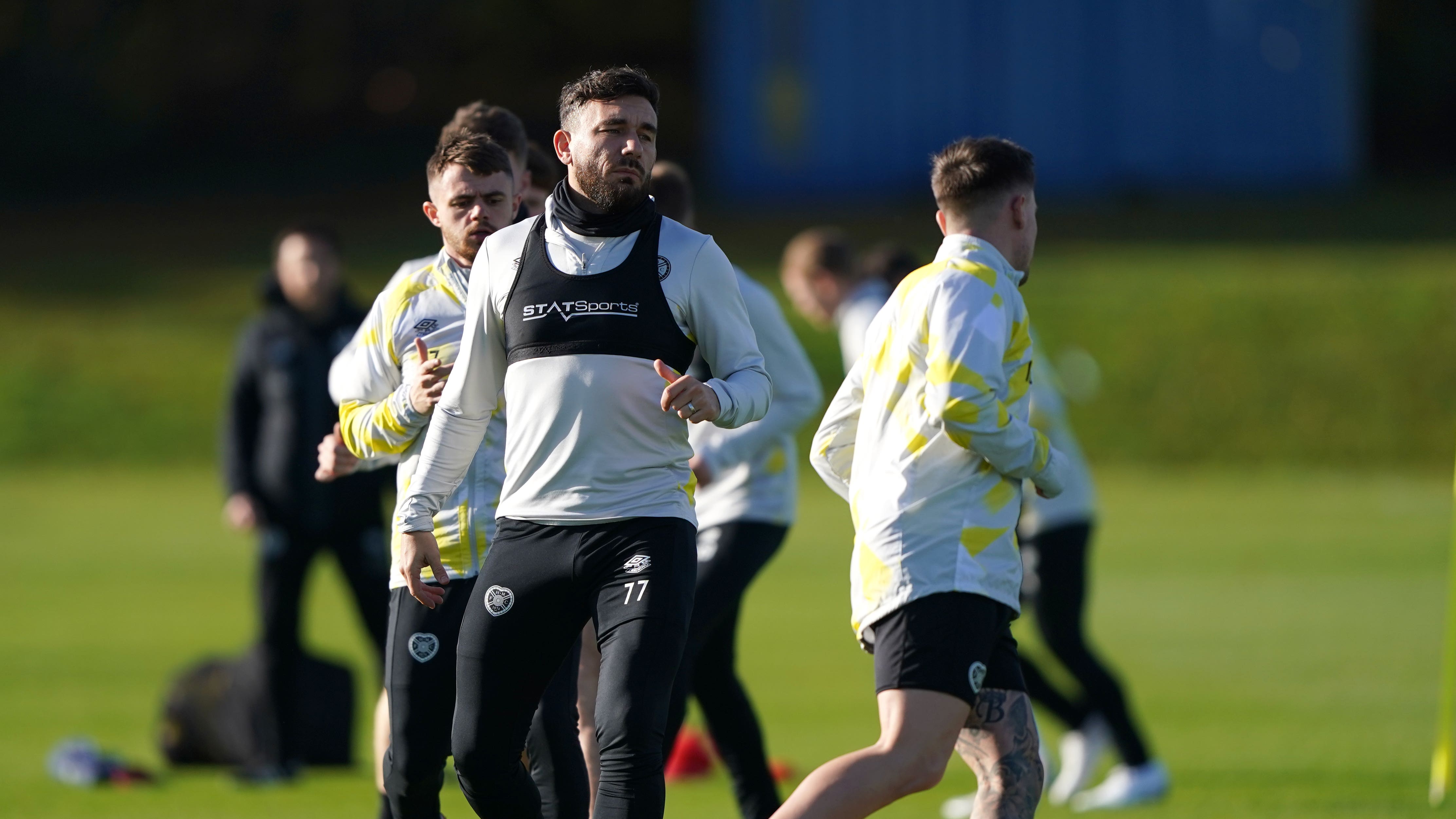 Robert Snodgrass has expressed sympathy for Hearts manager Robbie Neilson as he continues to battle against a “nightmare” run of injuries to key players.

The opening months of the campaign were blighted by a seemingly-relentless flow of fitness issues, with influential quartet Craig Halkett, Kye Rowles, Beni Baningime and Liam Boyce sidelined for particularly lengthy periods.

Rowles and Halkett returned to action, along with several others, just before the World Cup break in November, raising hopes that consistency of selection might help Hearts generate some momentum.

But in the second game back – away to Dundee United on Christmas Eve – goalkeeper and captain Craig Gordon suffered a horror double leg break, while centre-backs Halkett and Stephen Kingsley were both forced off with injuries that look likely to keep them out of Wednesday’s cinch Premiership match away to St Johnstone, and potentially beyond.

“Losing three key players like that is tough,” said veteran midfielder Snodgrass. “It’s a manager’s worst nightmare where you’re constantly having to adapt and change formations, systems and personnel.

“It’s probably the most I’ve seen at any club I’ve been at. Football surprises you in many different ways. You just need to try and adapt and whoever comes in needs to be prepped and ready.”

Snodgrass is “gutted” for Gordon, who has been ruled out for the rest of the season.

However, the 35-year-old former Leeds, West Ham and Aston Villa player is confident Zander Clark, who made his debut as a second-half substitute at Tannadice on Saturday, can handle the responsibility of replacing Scotland’s number one between the sticks for Hearts.

“I’ve no worries about Zander,” he said. “Him and Ross Stewart are very good keepers. They’ve been pushing Craig all the way.

“That’s why Craig is as good as he is at the age he is, because he’s been pushed by two hungry lads. Paul Gallacher is a top goalie coach and he’ll have them prepped. It’s up to us as team-mates to help Zander as well.”

Hearts are currently fourth in the Premiership with a game in hand but Snodgrass feels they need to become more consistent if they are to pull away from the pack in the battle for Europe.

“We want to build momentum,” he said. “We want to get back-to-back wins under our belt, try and kick on and create that winning mentality that’s going to get us up the top of the table.

“We need to get this club winning football matches, that’s the biggest thing. It’s all about winning, whether you scrape a last-minute winner or win comfortably. Only when that happens will you see us up the top end of the table.

“First and foremost, we need to stop conceding goals. That will give us a chance to go and win matches.

“We’re conceding too many goals. To give yourself the best chance of winning, you’ve got to keep a clean sheet. Coming here as an older player, it’s about getting the lads’ mentality to switch so it’s all about winning matches.”