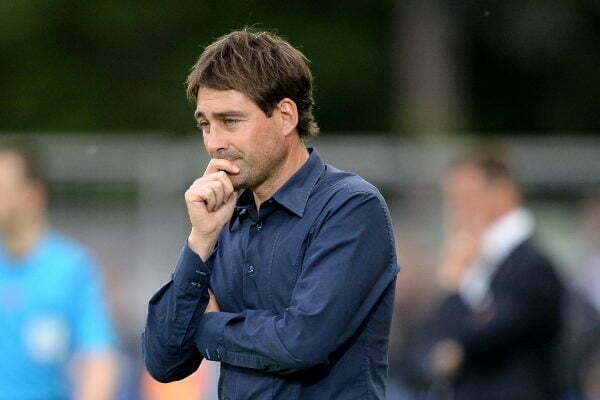 Celtic boss Brendan Rodgers has expressed sympathy with Rene Weiler after the Swiss coach was dismissed by Anderlecht nine days before the teams’ Champions League clash.

Anderlecht, who host the Hoops in their second Group B fixture next Wednesday, are nine points adrift of league leaders Club Brugge.

Rodgers, who revealed defender Dedryck Boyata would be back in his squad for Wednesday’s Betfred Cup quarter-final against Dundee, said: “I am always disappointed when any manager loses his job.

“He is a not a manager I know, but how more or less difficult it makes the game I am not so sure. We will look at that closer to the time.

“I am never encouraged when a manager loses his job, I don’t think it is nice.

“I don’t get encouragement from it. It is a part of football, it happens and of course they as a club will look to put an interim manager in or put someone else in to see if they can uplift their form.”

With Paris St Germain and Bayern Munich also in Group B, it looks like the Scottish champions and Anderlecht will be vying for third spot and a place in the Europa League.

The Belgian side lost 3-0 to the German giants while PSG beat Celtic 5-0 at Parkhead while in their Group B openers.

Rodgers does not believes the disruption at Anderlecht changes too much in terms of his preparation nor the difficulty of the task.

“It will depend on who goes in,” said Rodgers, whose team also face Rangers before their trip to Brussels. ” If it is an interim manager comes in, there will maybe be a continuation.

“If it is someone fresh from outside, you are obviously look into their history at other clubs and how they played and worked.

“So there is always a way to do your analysis but of course it is a little bit more difficult than when a coach is in position and in rhythm with how his teams play and the style they play.

“But no doubt whoever is in charge, for us, it is a tough game and we will look at that when it comes.”

The former Swansea and Liverpool boss is happy to welcome Boyata back to his squad for the first time this season after recovering from a knee injury picked up against Slavia Prague in a summer friendly.

He said: “Boyata is back in the squad, which is great news for us. He has been training well but you have to be careful with that type of injury. We will assess it and take it from there.

“Erik Sviatchenko and Eboue Kouassi are probably a couple of weeks away but are in the latter stages of their rehabilitation.

“So hopefully within the next couple of weeks we will be up to speed with the squad.”