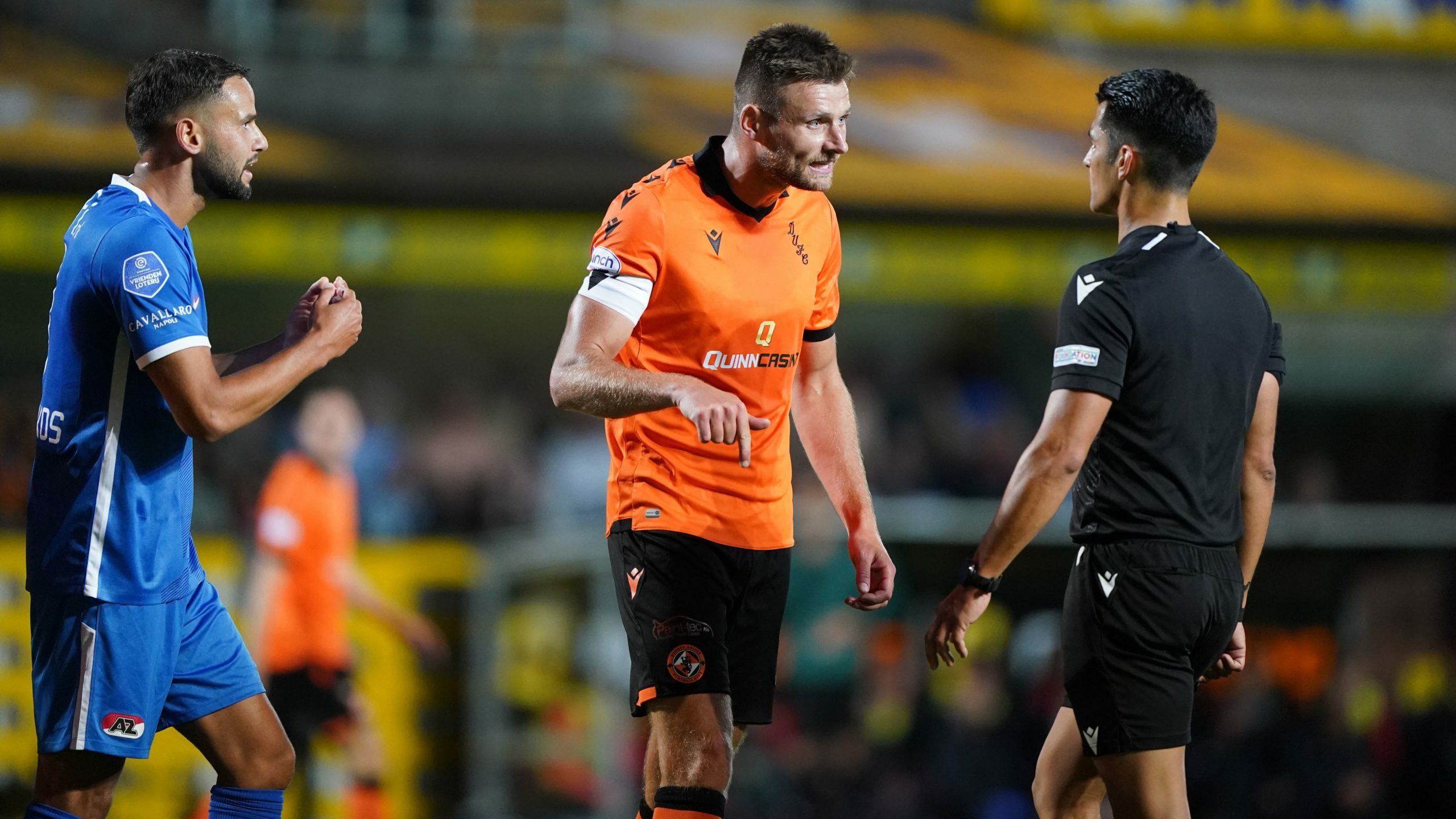 Dundee United skipper Ryan Edwards has apologised to sacked manager Jack Ross on behalf of the players after an alarming slump in form cost him his job.

Ross was sacked little more than two months after taking charge, with United acting after a five-game losing streak which saw them concede 24 goals started with a Scottish record 7-0 European defeat by AZ Alkmaar and finished with a 9-0 record home defeat against Celtic.

Edwards told DUTV: “With how our performances have gone so far this season, it has cost the manager his job and that’s massively on the players.

“We are all aware of that and we can only hold our hands up as a group and as individuals and apologise for that because we haven’t represented him or anyone at the club the way we should, in terms of our performances on the pitch.

“You have got to look at yourself individually and I can only speak for myself right now and say it has not been anywhere near, not just the standards we set last season, but anywhere near good enough to represent this football club.  It should be a lot better.”

“We are all desperate to get this win and hopefully when the first one comes it opens the floodgates,” Edwards said.

“I personally have every confidence in every individual here. I have said it before that it’s the best squad of players I have seen since I have been at this football club and I totally still believe in that.

“I am certainly not going to change my mind after a run of two weeks of bad results. We are more than capable of getting out of this and we will do that.”

Edwards insists he shares the hurt of the supporters following the painful run.

“I appreciate the frustration and anger but we are no different,” he said. “We are not doing it on purpose, it’s not as if we don’t care, although people may think that.

“It really hurts and it ruins your weekends and your nights with your family.

“We have got to find a way to start winning games and bring good days back to ourselves and the team and everyone to do with the club.”