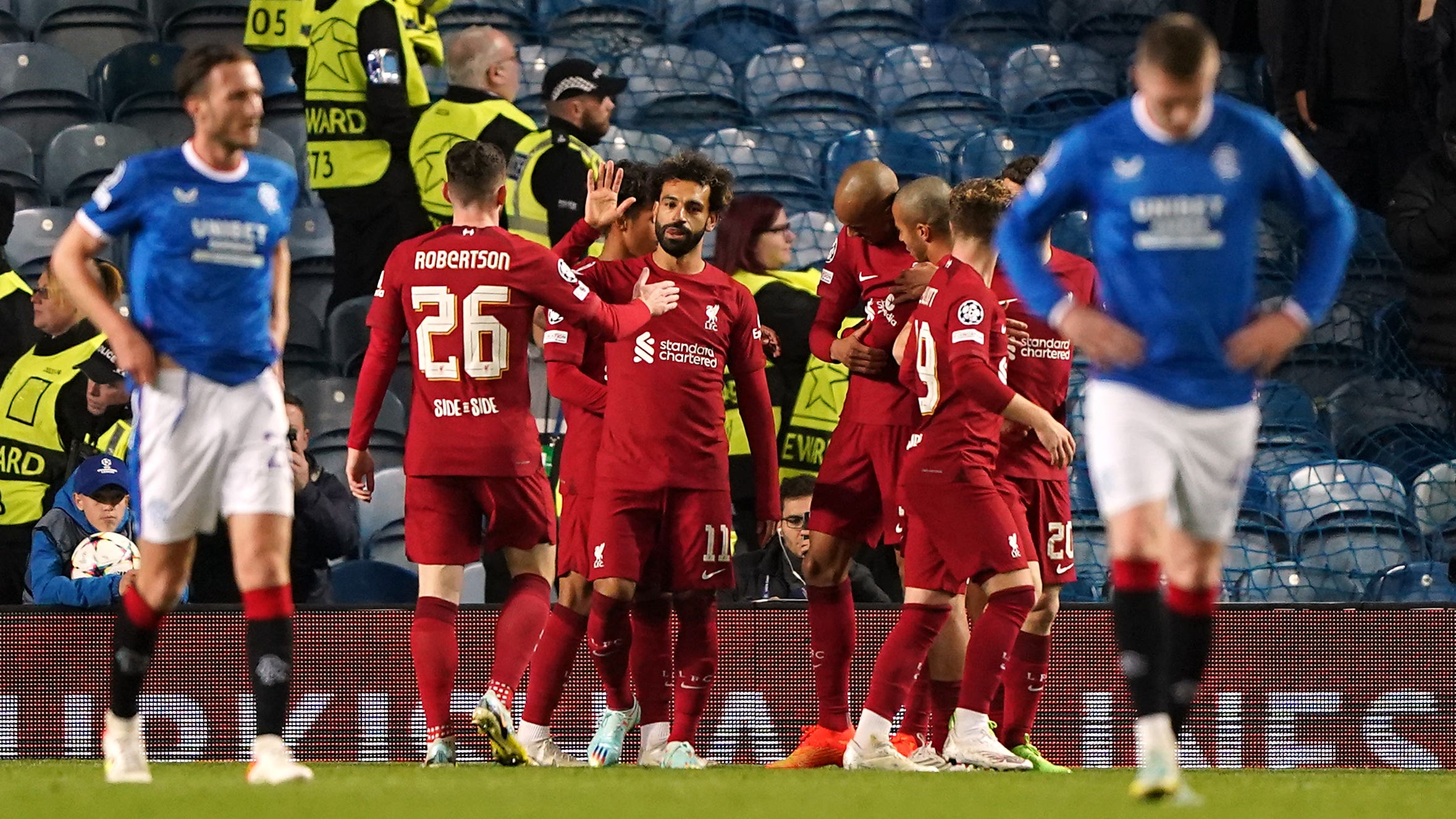 Scott Arfield admitted Rangers were naive and lost their structure during their second-half capitulation against Liverpool.

Arfield fired Rangers into the lead and was denied by an excellent block late in a promising first half for the home team.

The Light Blues only led for seven minutes, though, and Roberto Firmino’s header from a corner gave Liverpool the platform for a second-half rout.

Giovanni van Bronckhorst’s men lost Connor Goldson and Ryan Jack to injury and suffered their biggest ever defeat at Ibrox in a 7-1 scoreline which matches the record loss inflicted on Rangers by Celtic in the 1957 League Cup final at Hampden.

Arfield, in interviews with UEFA.com and Rangers TV, said: “The place was absolutely rocking after that first goal and continued like that for most of the first half. We were really at it and wanted to rectify the mistakes from Anfield. We wanted to have a go in this game and I thought we did that in the first half.

“The place was rocking before the game, rocking up until the corner kick obviously. We got the goal and got on.

“The set-piece that they score changes it a little bit. I have got a big chance just before half-time to try and get it. You don’t. Game of two halves.

Goldson has been a key player for Rangers since his arrival from Brighton in 2018 and is closing in on 250 appearances but the centre-back looks like he may be out for a lengthy period after damaging a thigh muscle.

“He’s a massive player for us,” Arfield said. “He rarely misses training sessions, far less games. But you can’t blame it all on that.

“In the second half we lost our structure, there was naivety. We needed to stay compact because these players can hurt you in a transition. At this level, you get punished for those mistakes.”

With no points and a minus-15 goal difference, and a trip to Italy to face Group A leaders Napoli next, Rangers are in danger of producing the worst-ever Champions League group campaign.

That unwanted tag belongs to Dinamo Zagreb, who had a goal difference of minus 19 after losing all six games in 2011-12. That also included a 7-1 defeat, in which Lyon’s Bafetimbi Gomis scored an eight-minute hat-trick – a Champions League record until Mohamed Salah’s efforts on Wednesday.

Van Bronckhorst’s immediate task will be to ensure Rangers do not let the confidence-sapping defeat affect them in their cinch Premiership clash at Motherwell on Sunday, before trying to restore some respectability in their subsequent European games.

Arfield said: “The result is disappointing but there’s nothing you can do now. You can’t get too demoralised. You’re playing against a team and players who have been in three European Cup finals in the last five years.

“We’ve got a chance to put it right in Napoli, another chance here against Ajax. The place will be rocking again. There are big games coming and we want to be here again next season.

“You need to bottle it, remember it, and we have got two games to put it right.”