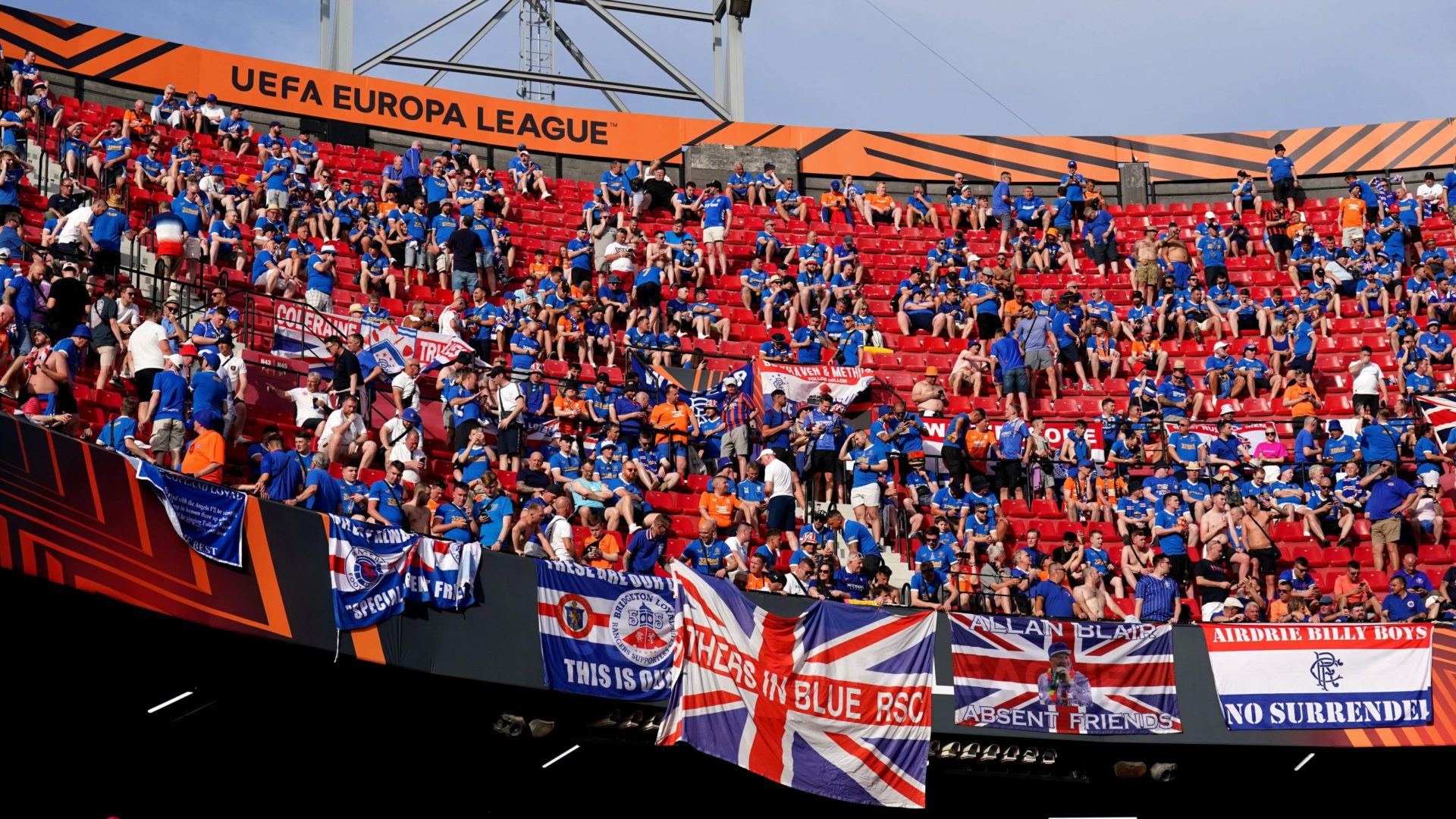 Scott Wright was handed a place in the Rangers starting line-up for the Europa League final with Kemar Roofe and Aaron Ramsey having to settle for a spot on the bench.

Roofe has not featured since April 17 but recovered from a knee injury in time to take his place in the squad for the clash with Eintracht Frankfurt in Seville.

Wingers Wright and Ryan Kent plus midfielder Joe Aribo formed a front three while Ryan Jack, John Lundstram and Glen Kamara were given the nod in midfield.

The Rangers manager started with the same team that triumphed against RB Leipzig in the second leg of the semi-finals.

Fans began gathering early at the Ramon Sanchez Pizjuan Stadium ahead of kick-off.

Only 9,500 tickets were allocated to each side but Gers fans were evident in all but the Frankfurt end of the 43,000-capacity ground.

Spanish police had estimated that 100,000 Rangers fans and 50,000 from Germany would be making their way to Seville.

Footage emerged on social media of a large group of Frankfurt fans attacking Rangers supporters outside a bar in the city with bottles and chairs being thrown.