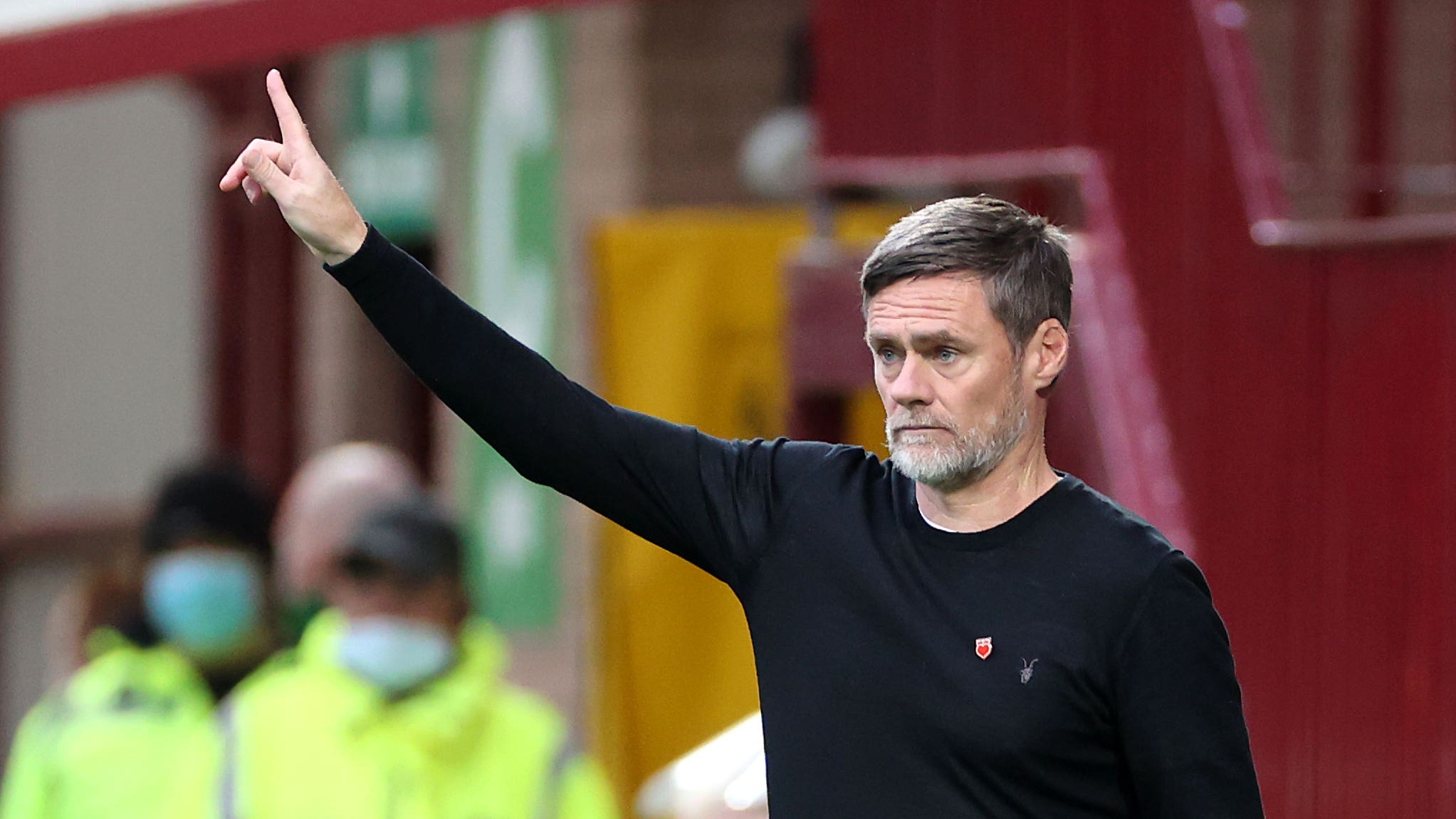 Sickness adds to Motherwell’s concerns as they chase European action

Motherwell have been hit by an outbreak of illness which could hamper their chances in their crucial clash with Ross County.

Sixth-placed Well are looking to leapfrog County with a Europa Conference League place up on offer if they can finish in the cinch Premiership top five.

Manager Graham Alexander could not fill his bench last week and, although Kevin van Veen is free from suspension and Stephen O’Donnell is nearing a return from injury, he has major doubts over several more players.

“We’re assessing a few because we have had four or five players off all week with illness,” he said ahead of training on Friday.

“We have been quite down on numbers this week, we trained with 12 or 13 players last time we were in.

“We will see who looks in good shape because it’s difficult if you have missed a whole week of training and play a full game of football. But we have fit boys and they want to be involved.”

Nathan McGinley and Barry Maguire are out for the season while the likes of Sondre Solholm, Scott Fox, Liam Shaw and Jordan Roberts have also been absent in recent weeks.

Alexander added: “Stephen O’Donnell has trained for the first time in a month but he has been out for a month with a muscle injury and we have to make sure he is in the best condition to play.”

Motherwell are looking to rewrite the narrative of 2022 after winning only one out of 15 league games, and they have three matches to try to turn a depressing run into the achievement of qualifying for Europe.

Alexander said: “We have to take some of the criticism because we haven’t won enough games. I’m not expecting everyone to say ‘this is great’ because it hasn’t been great.

“But in my job you have to look at the long-term picture. You know at a club like ourselves we are going to have periods where it’s really difficult.

“You have to keep your belief and keep your head down at some points and understand why there’s criticism and respect those opinions.

“But, come the end of the season, if we manage to take that step of European football, I don’t think anyone can begrudge that it’s been a good 18 months for us as a club from where we were.

“But we have to try and finish that job. It’s rolling with the punches, understand why they are coming your way, but be ready to fight in the next round.”