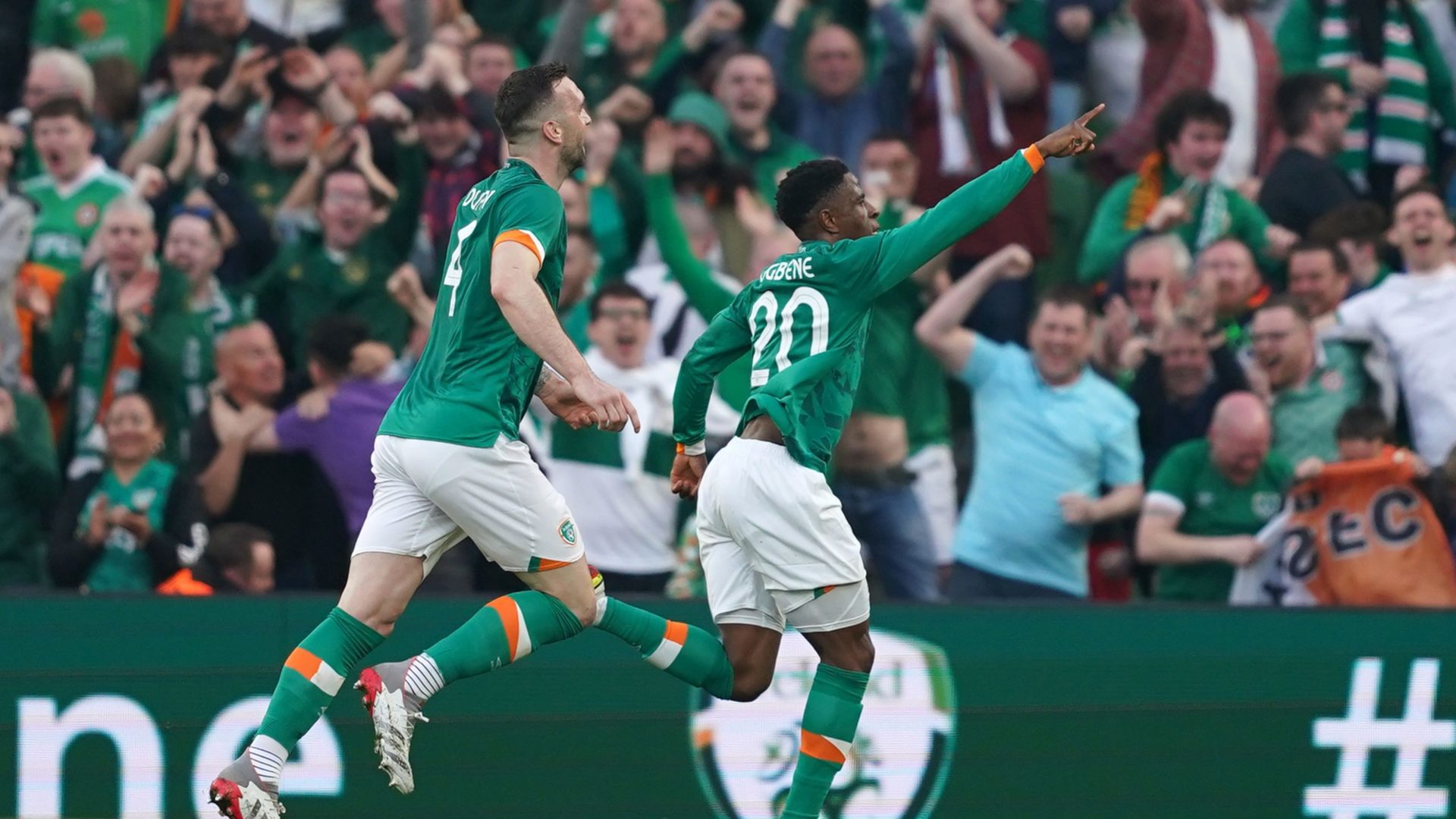 Republic of Ireland boss Stephen Kenny has admitted he could not have expected Chiedozie Ogbene to have made such a spectacular start to his international career.

The 24-year-old, who plays his club football in League One with Rotherham, scored his third goal in six senior appearances for his country and also set up Alan Browne’s late equaliser in a 2-2 friendly draw with world number one side Belgium.

Asked if he could have expected Ogbene to have made such an impact so quickly, Kenny said: “No. I knew he would be a real threat for us and that he had great attributes, but it’s a spectacular start.

“To score three goals in two qualifiers and then a big game against the world number one team. Apart from his goals, he gives us so much at the moment.

“We ask some of the players to elevate their performances above their club form because that’s what we need to do. If we’re going to be competing with Belgium or Portugal or Serbia or any of those teams, we need our players to elevate their performances above what they can do even for their clubs playing for Ireland. That’s what we need them to do, and Chiedozie certainly is doing that.”

Trailing to Michy Batshuayi’s fine 12th-minute strike, Ireland dragged themselves back into the game courtesy of Ogbene’s acrobatic overhead effort, but looked to be heading for defeat when Hans Vanaken’s 58th-minute header crashed into Seamus Coleman and past keeper Caoimhin Kelleher.

However, they refused to throw in the towel and got their reward when Browne headed Ogbene’s 86th-minute cross emphatically past Simon Mignolet to snatch a draw.

Ogbene told Sky Sports: “These are world number ones and we matched them today. That is how far we have come in the last 12 months. We want to be up there with the best and this is where we want to play.

“We believe in ourselves and we have worked hard to get here and we want to show what we are capable of.

“We can’t worry about the opposition – and that’s not being arrogant. We can only control what we can control. Hard work will get you something in this business. The easiest thing would be to sit back and accept defeat, but we didn’t.”

Belgium boss Roberto Martinez was disappointed by the goals his side conceded, but bristled at the suggestion they were “normal” without the big names he did not take to Dublin.

Martinez said: “No, I think that is a bit unfair. First and foremost, you need to understand that in March, we’ve got a friendly camp because we have qualified for the World Cup, so these are bonus games.

“We could have played with our starting XI, absolutely, and we would have learned nothing. Today is very, very important for us that now we have got a pool of players – let’s say we’ve got around 25 players – that we need to choose for those final 10, 11 positions for the World Cup and that was the meaning.”

Belgium coach Thierry Henry, whose handball cost Ireland their place at the 2010 World Cup finals, was booed at the Aviva Stadium when he appeared on the big screen, but Martinez laughed off suggestions he might have been upset by the crowd’s response.

He said: “I think he’s a quite experienced man, I don’t think he’s going to be upset. He understands.”