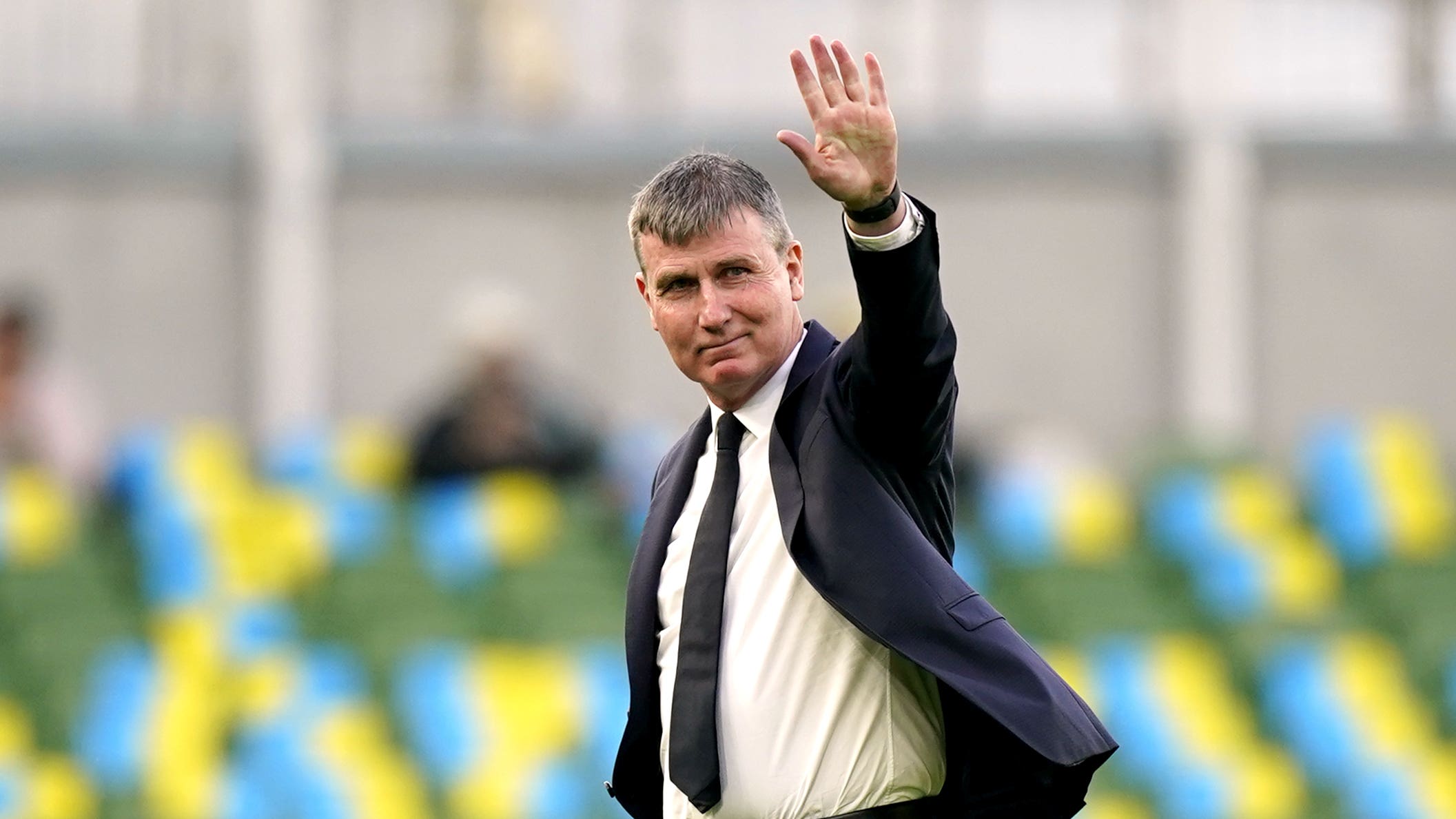 By Press AssociationJune 9, 2022No Comments

Republic of Ireland manager Stephen Kenny is convinced his blueprint for future success remains on track despite a depressing start to the new Nations League campaign.

Successive League B defeats by Armenia and Ukraine have left Kenny’s challenge to his players to win the group looking a very long shot and extended their wait for a victory in the competition to 12 games and counting.

However, as he and his squad licked their wounds in the wake of Wednesday night’s 1-0 reverse at the hands of effectively the Ukrainian second string in Dublin, Kenny remained defiant.

He said: “We’re disappointed in the last couple of games. I think we are building something really progressive.

“Statistically we are not backing that up, I know that, but I think we’re building something really progressive and I think people can see that.

“We weren’t perfect today, we were OK and played well in spells. People have seen a lot of progression in the matches over the last 12 games.

“Obviously we have introduced a huge number of players who are getting better. We have missed a few players in this camp, but that is part of it, we can’t use that as an excuse.

“But we have to dust ourselves down. We have no points after these two games. We should have more on the board, but we don’t. We just need to try and get a big win against Scotland on Saturday.”

Kenny has spent much of his reign to date having to answer criticism. He had to wait until his 12th game in charge to record a first win, and that over minnows Andorra, and although Ireland had gone eight matches without defeat before Saturday’s 1-0 reverse in Armenia, the last two results have taken some of the sheen off that run.

There have been admirable performances – they were unfortunate to lose their World Cup qualifier in Portugal in September last year as Cristiano Ronaldo got the hosts out of jail, and secured a creditable 2-2 friendly draw with a much-changed Belgium side in March.

Weeks earlier, Kenny had been rewarded with a contract extension to largely popular acclaim, although his side’s failings this week, and in particular the lack of creativity and cutting edge which have hampered their efforts, have added fuel to the fires of his detractors.

However, asked if the players still had confidence in the manager, midfielder Jason Knight said: “Yes, definitely. There is no talk of that.

“The manager has been great with us. We’ve had two disappointing results and we need to go again on Saturday and put it right. That is all that matters.”