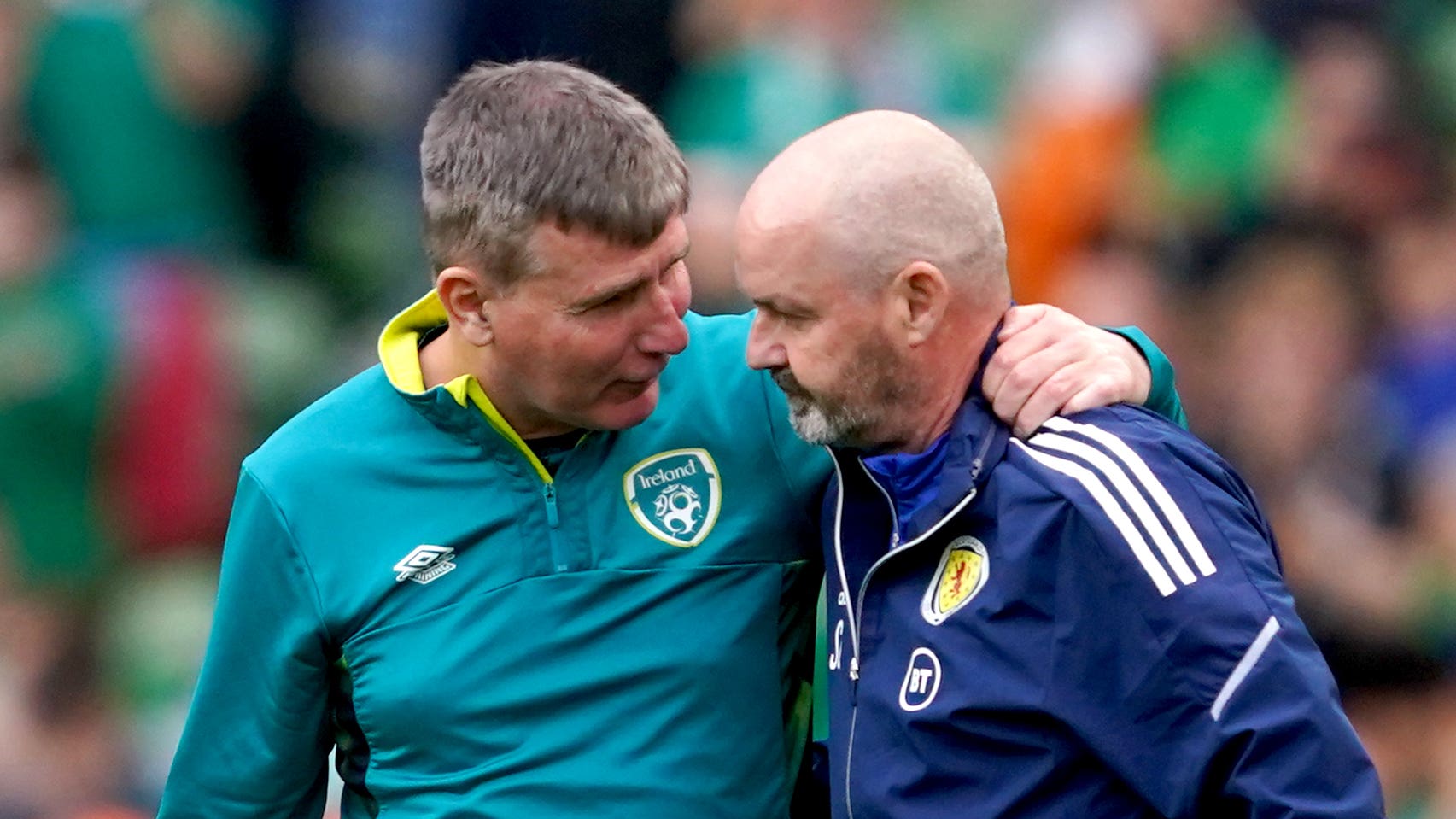 By By Damian Spellman PASeptember 20, 2022No Comments

Stephen Kenny has told his Republic of Ireland team to forget about their resounding Nations League win over Scotland as they prepare to head to Glasgow for the return match.

The two sides meet again in the same competition at Hampden Park on Saturday evening with Ireland determined to repeat June’s 3-0 victory over their neighbours and the Scots desperate to avenge it.

However, Kenny has warned his players those heroics at the Aviva Stadium will count for nothing on the other side of the Irish Sea.

Asked if that win had represented his best day yet as manager, Kenny replied: “I haven’t really thought of it like that, to be honest, but it was a very good performance.

“It was a very, very good performance, but we have to move on from it. That was then, now we’ve got to go to Hampden very determined because Scotland’s home record is excellent.

“We’re going to have to put in a really brilliant performance to get a result there and that’s what we’re trying to do.”

The win over Scotland was just Kenny’s third competitive victory in 18 attempts and was followed by a hard-fought 1-1 draw with Ukraine in the Polish city of Lodz.

The result and performance in both games signalled an upturn in fortunes for Ireland after they had opened their League B1 campaign by losing in Armenia and at home to the Ukrainians.

Understandably, they are keen to build upon that foundation against the Scots before the Armenians visit Dublin on Tuesday evening.

Kenny said: “The players were terrific in the last window. We had a mixed window, if you like – we started slowly and were disappointed, and then we finished strongly, and did brilliantly against Scotland.

“Both games against Ukraine were very evenly contested, so it is a big game, a great game.”

Kenny, who led Dunfermline to the Scottish Cup final at Hampden in 2007, has big decisions to make ahead of his return with key men Seamus Coleman, Matt Doherty, Shane Duffy and Michael Obafemi not currently playing at their respective clubs.

He said: “It’s not ideal any of the players not playing in their teams, it is not an ideal situation, particularly over a long period of time. You wouldn’t want to go in with too many players not having played matches.”

One man who has been playing is Wolves defender Nathan Collins, whose involvement against Manchester City on Saturday lasted just 33 minutes before he was sent off for an ugly challenge on Jack Grealish.

Asked if he had spoken to Collins about the incident, Kenny said: “I haven’t discussed it with him yet. I may do, between now and Saturday.

“It is uncharacteristic of Nathan, he is quite disciplined. I am sure he will learn from it.”