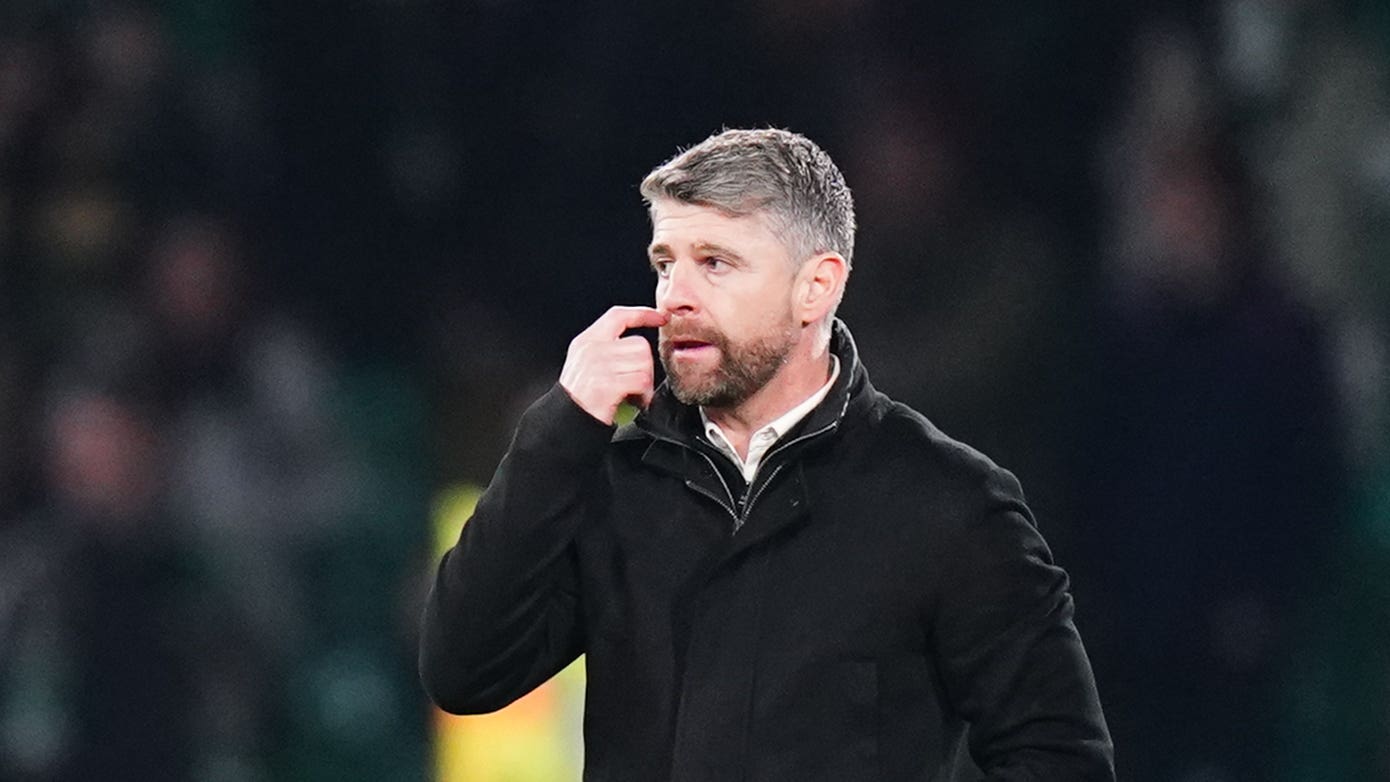 By By Ronnie Esplin PAAugust 5, 2022No Comments

St Mirren boss Stephen Robinson is looking forward to having a fully-fit Eammon Brophy and Curtis Main back in contention as he prepares for the trip to Aberdeen on Saturday.

Main, back from a summer medical procedure, came off the bench in the second half of last week’s 1-0 defeat at home to Motherwell in the opening cinch Premiership game of the season where fellow striker Brophy, on his way back from a minor fitness issue, was an unused substitute.

Robinson was in the main pleased with his side’s performance against the Steelmen but claimed “I think a fully-fit Eamonn Brophy would have had five” as he noted the missed chances.

“We are all trying to manipulate the budget and trying to do things,” said the Northern Irishman, as he considered the prospect of adding to his squad.

“Can I make this squad stronger in certain areas? Most definitely. Let’s see what we can do.

“A fit Eamonn Brophy and a fit Curtis Main are like two new signings.

“Since I have been in I have only been able to use both of them sporadically and it would be great to have both of them fighting fit.

“They got 60 minutes of another practise game under their belt on Tuesday so hopefully both will be available and a little bit closer to full fitness for Saturday.”

New signing Ryan Strain is fully focused on a good start to his St Mirren career following his summer move from Maccabi Haifa but knows a by-product of good form could be a World Cup spot this year with Australia.

The 25-year-old right-back, the grandson of former Buddies star Gerry Baker, was called up to the Australia senior national team in August 2021 for the 2022 World Cup qualifiers against China and Vietnam but a hamstring problem prevented a possible debut.

Strain said: “I am not really focusing on that, I am focusing on St Mirren, playing as many games as possible and if I do that then it gives me a good shout for the World Cup.

“Just after pre-season last year I got called up to one of the camps but unfortunately injured my hamstring before the China match which was gutting for me.

“It gave me that sniff and I really want to go there and prove myself again.

“When you have grown up watching the World Cup and Champions League, that’s why you play football.