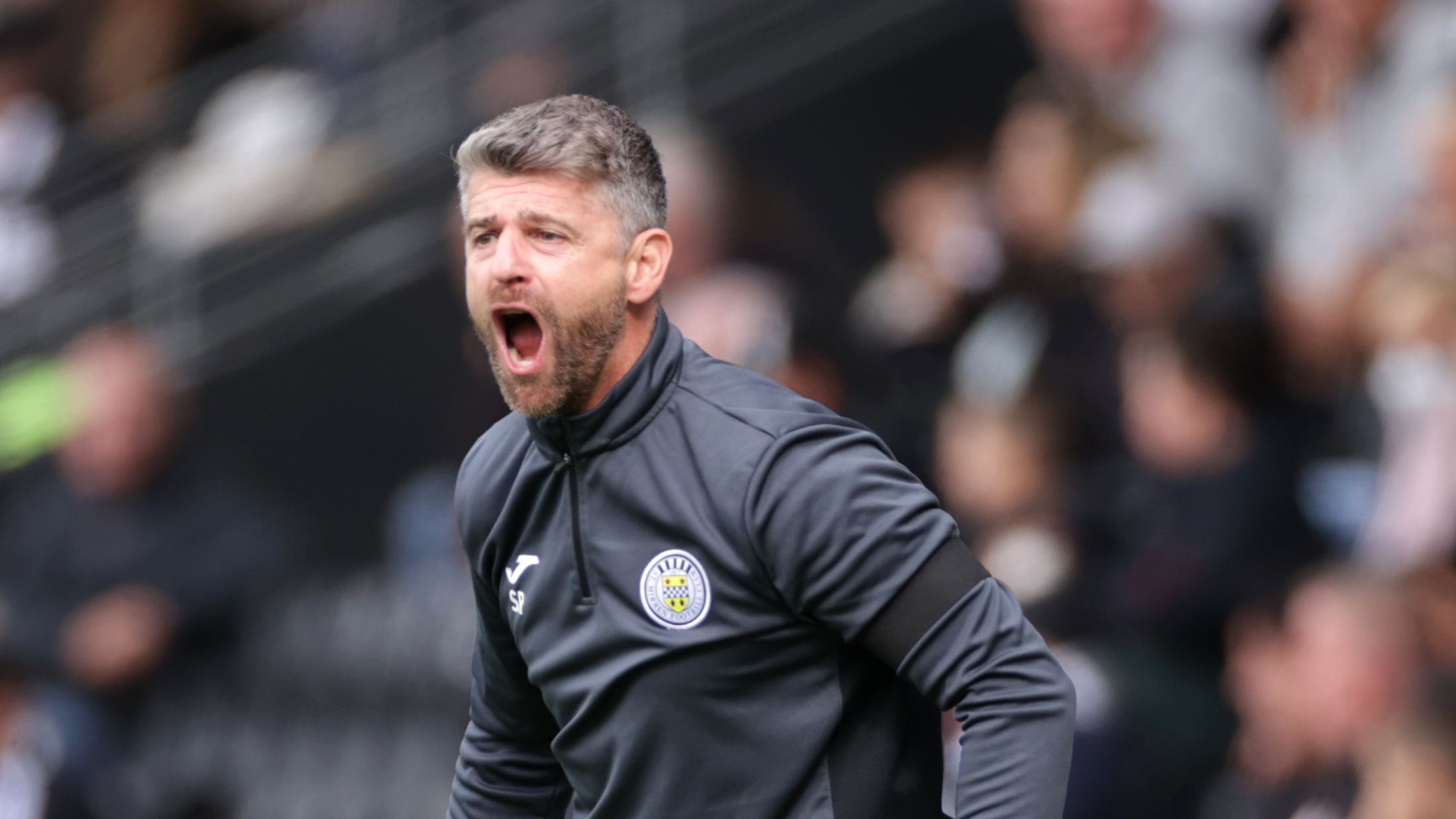 Stephen Robinson joked about replicating Mikel Arteta’s novel approach to training ground preparations as he gets St Mirren ready for the trip to Ibrox on Saturday.

The recent Netflix documentary ‘All or Nothing: Arsenal’ revealed the Gunners boss used giant speakers to blare out Liverpool’s anthem ‘You’ll Never Walk Alone’ at London Colney last season to replicate the atmosphere expected at Anfield, albeit the game ended in a 4-0 home win.

Robinson is using more traditional methods to try to find a way for his third-placed Buddies side to take on Rangers in their cinch Premiership encounter in Govan.

Speaking at St Mirren’s training ground in Ralston, the Northern Irishman said: “A lot of it is mindset. Obviously it is difficult to recreate a 50,000 stadium.

“Mikel Arteta tried to do it before he went to Anfield – I am not sure our speakers here can do that.

“It is about our players playing with calm minds and sticking to what we are good at, not trying to do anything different.

“We have reiterated that. We have worked on Rangers’ strengths, on where we believe we can expose Rangers as well.

“Every team has strengths and weaknesses and we have prepared as diligently as we always do.”

Coincidentally, Rangers return from a 2-0 Champions League defeat by Liverpool at Anfield on Tuesday night.

However, Robinson, whose side have won five out of their last six matches including a 2-0 home victory over leaders Celtic, will read little into what was a more comprehensive defeat for the Light Blues than the scoreline suggests.

He said: “They can put a brand new team in place and bring one person off the bench who probably equals our whole budget. I wouldn’t say it will be too hard to put out another strong team.

“They came up against Liverpool, a big test, but Rangers are a very good side.

“The crowd get behind them, you have to manage the crowd and manage the game really well which we have shown we can do. We’ve done that against Celtic at home.

“The challenge is can we do that away from home, keep the crowd quiet and stick to our game plan?

“I say it every time we play the top teams, when we land on the ball we have to pass. We can’t just keep hoofing it clear, we can’t just give possession away cheaply and then you get a bit of ownership of the game.

“We have players who can hurt Rangers, we have legs, we have energy and players that can run beyond them.”

Robinson, however, admits that his strike force is light due to injury and suspension.

Striker Jonah Ayunga is banned after being sent off for handball in the 2-1 win over Livingston last week.

Eamonn Brophy is still sidelined while fellow forwards Curtis Main and Alex Greive are doubts as is wide-man Ryan Strain.

Robinson said: “We will have a look at Curtis, he will be a last-minute decision.

“Alex Greive got a knock, hopefully he will be fully fit. Ryan Strain will be touch and go. The sensible thing will be to get him right for the Kilmarnock and Dundee United games.

“Eamonn Brophy is still injured so not an option. The depth of the squad has been tested to the full.”