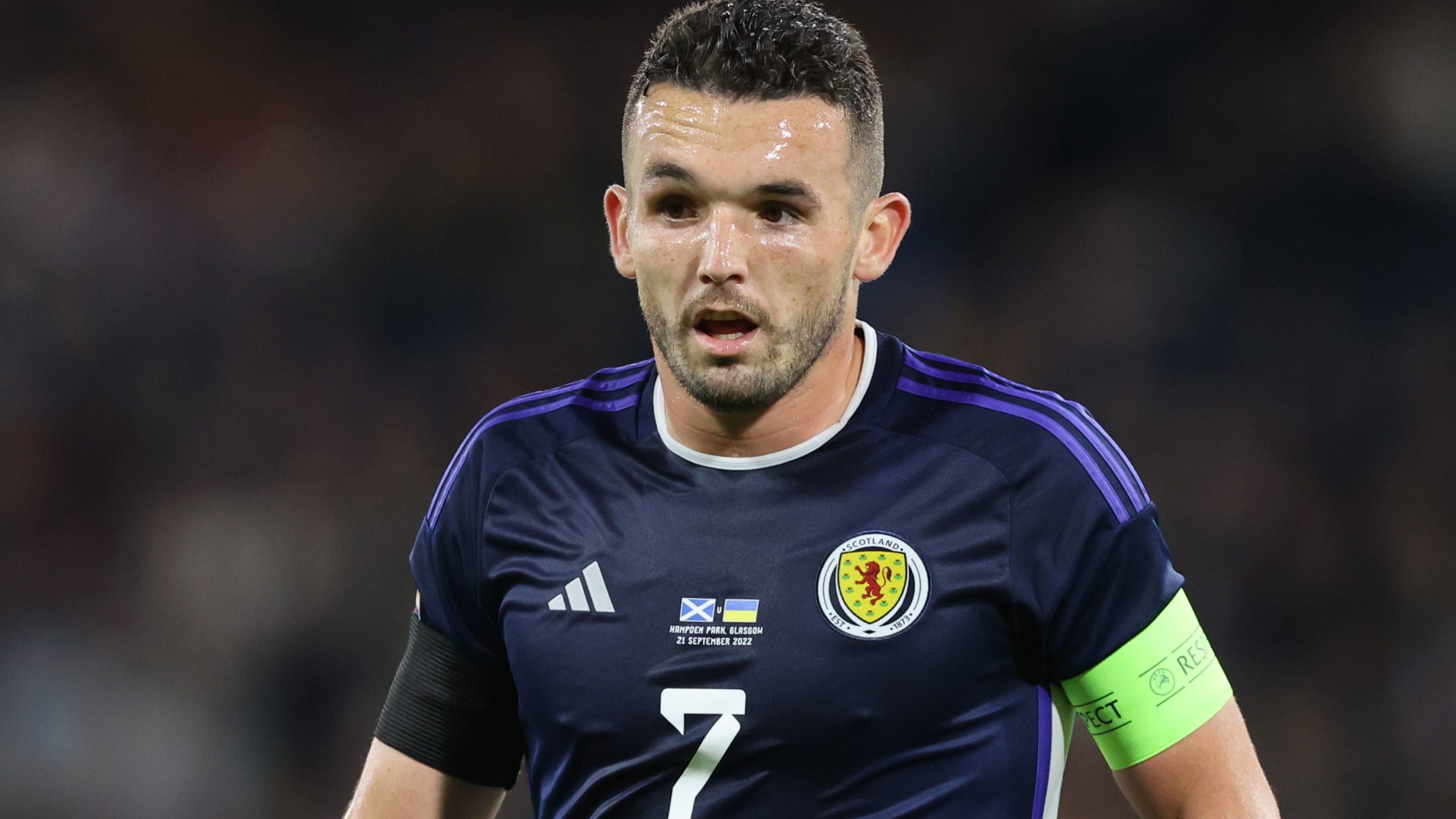 By By Anthony Brown PASeptember 23, 2022No Comments

Steve Clarke expressed his hope that vice-captain John McGinn can kick on and become a Scotland centurion as the “bubbly” Aston Villa midfielder prepares to earn his 50th cap this weekend.

The 27-year-old is set to again skipper the team in the absence of the injured Andy Robertson in Saturday’s Nations League match at home to Republic of Ireland.

Manager Clarke is a huge fan of the former St Mirren and Hibernian player, who has chipped in with 14 goals for Scotland since making his debut against Denmark in March 2016.

“You’ve just got to look at his contributions, his goalscoring record, his assists,” said Clarke. “He can play different midfield positions and he brings his own bubbly, bright personality into the group.

“He’s a key member of the squad on and off the pitch. I think he enjoys it when I push him a little bit further forward and he’s got the chance to get those goals and make those assists. It works well for us.

“I’m indebted to John for a lot of the good wins we’ve had because he’s managed to get the goals and the assists. Hopefully he can keep it going and get to 100 and get a few more goals and assists along the way.”

Clarke believes McGinn’s growth as an international player epitomises Scotland’s improvement since he took charge in 2019.

“John was in a lot of Scotland squads and he tells me about the time he was asked to run the line in one of the squads because he was surplus to requirements at the time,” the manager said.

“You have to understand there is a process and John accepted that and waited for his chance. That’s what you want.

“When I first came in, John’s age-group of players didn’t have that many caps and I said that over a period of time ‘you will pick up the caps and become more experienced and hopefully we’ll improve as a group’ and I think we’ve improved a lot as a group.”

The Scots won 3-0 against Ukraine in midweek less than four months on from losing 3-1 to the same opponents in a World Cup play-off. Clarke is hoping to see a similar turnaround this weekend against a Republic side who beat Scotland 3-0 in Dublin in June.

“We know only too well from our experiences in the summer how difficult the game’s going to be and we have to be ready for everything Ireland throw at us,” said Clarke, whose side are top of Nations League Group B1 going into the final two matches.

“We need to combat their strengths and make sure we play to our maximum and show our qualities. We showed improved performance against Ukraine in midweek from what we did in the summer and the idea is to replicate that again.”

The manager is planning to keep changes to a minimum for this weekend’s match following a “very good performance” in midweek, although he is open to the possibility of making “one or two” alterations.