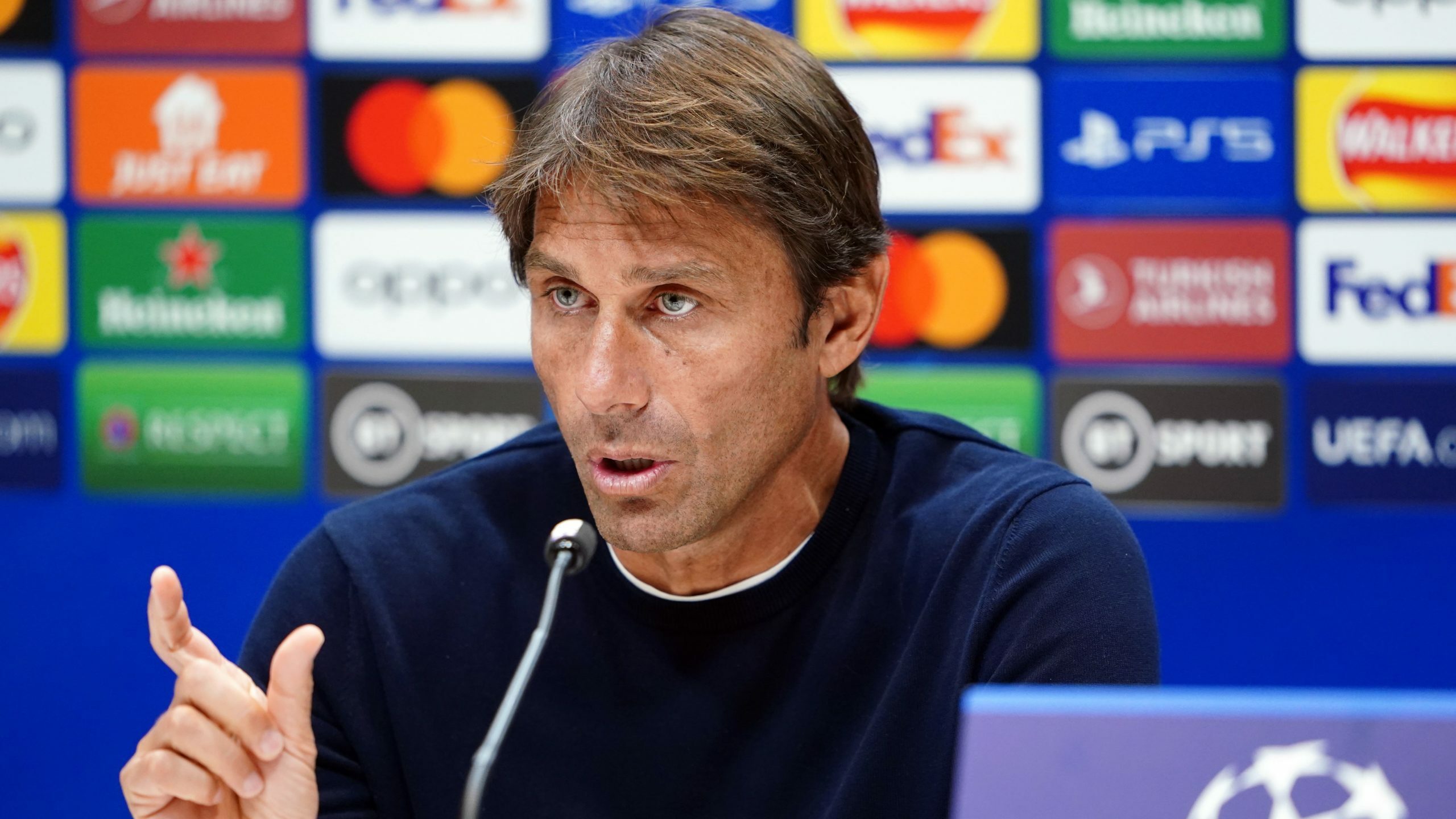 Antonio Conte has revealed a burning desire to improve his record in the Champions League ahead of Tottenham’s opener at home to Marseille on Wednesday.

The 53-year-old is widely regarded as one of the best managers in the world, having lifted numerous domestic titles in England and Italy, but has struggled in Europe’s elite competition.

During five previous seasons in the Champions League, Conte has only made it out of the group stage on two occasions and the furthest he has gone in the tournament was a quarter-final appearance with Juventus in 2013.

“Success in Europe with a trophy is important for every manager,” Conte said.

“You know very well that it is not simple, not easy to lift a trophy in Europe and especially the Champions League. It is important to be there and you have more probability if you are the coach of a team who expects to win.

“Two years ago with Inter Milan we lost the final of the Europa League against Sevilla. For sure, in my heart, in my mind, in my ambition there is the will to have success in Europe.”

It was put to Conte that Italian managers sometimes favour league triumphs over going far in the Champions League but it was laughed off by the Spurs boss, who referenced compatriot Carlo Ancelotti’s success in the tournament.

He did, however, admit that having experience and history does count for plenty and, despite Tottenham making the 2019 final, this will be their first time alongside Europe’s elite for two-and-a-half years.

With this in mind, Conte feels it would be “unthinkable” for Spurs to win the Champions League this season but called on them to keep building and play with ambition in a group they are backed to top over Marseille, Frankfurt and Sporting Lisbon.

He added: “The story of a lot of clubs in this competition is really, really big. And to think (Tottenham) to be at the same level, in this moment, is unthinkable but it has to be for us a big push to try and improve and reduce the gap and try to fight for something important.

“The story is very important in football because as I said to you before, Real Madrid when the players play in the Champions League, they are in their house, they breathe the atmosphere, they know the way to manage the situation and probably during the season they reach at least the semi-final in every season.

“Other teams have to build and go step by step but with ambition.

“We have to play with great ambition, great passion and with great will to be a protagonist in this competition.

“I know very well this tournament is really difficult, the most difficult in the world, but at the same time it’s a great opportunity for us to show we are going in the right way and taking steps forward.”

Spurs are in the middle of a hectic schedule of seven matches in 21 days and, when they return from the international break at the end of September, will continue to play twice a week up until club football pauses on November 12 for the winter World Cup.

Conte is frustrated they are again in the middle of a period where they will play three times in the space of six days and called on the club to pay greater attention to the fixture schedule moving forward.

“Honestly, to see this schedule about Tottenham is incredible, it’s crazy because we played three games in six days against Nottingham Forest, West Ham and Fulham,” he pointed out.

“Now we are playing after four days but we are starting to play again three important games against Marseille in the Champions League, (Man) City away and Sporting Lisbon away in six days. I think maybe this is my first time in my career to see a schedule like this.

“I think in this situation we are unlucky but I think in the future, and also I spoke with the club, we have to pay great attention to speak also to the Premier League.

“One day more, one day less can change totally your life and you can drop points. This is no good for a team like Tottenham. When you want to start to think as a winner, you have to take care of the details and the schedule is a detail that is very important for every club, especially for a club that wants to fight for something important. I think we can do much better for the future.”