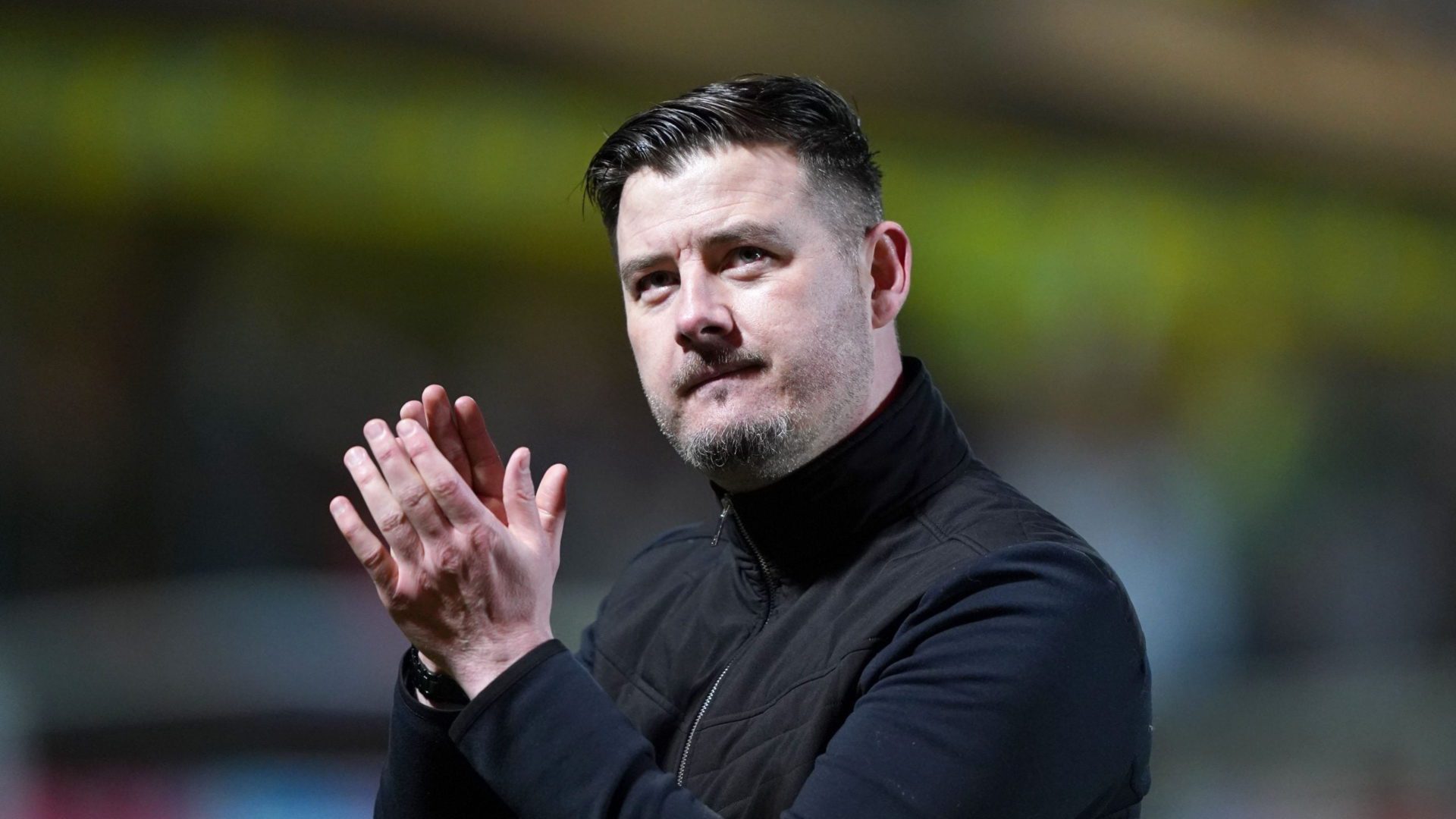 Tam Courts believes his Dundee United squad have improved week on week to end the season on a high note.

A 2–1 win over Ross County, coupled with Motherwell getting thrashed by Celtic, means the Tangerines finished fourth in the league table, sending them into the Europa Conference League third qualifying round.

The race for Europe was in the balance between United, County and Motherwell when the league split, but wins over both of their rivals and a draw against champions Celtic meant that Courts’ side finished top of that mini-league.

As far as he was concerned, there was never any reason to panic with plenty of confidence in the Tannadice Park outfit that they could get the job done.

“It was a very good end to the season,” Courts said.

“We knew a couple of weeks ago that, depending on the different permutations, all roads were going to lead to Dingwall.

“It was something we were quite relaxed about, we were looking forward to it, and considering we’ve beaten Motherwell and Ross County and drawn with Celtic, we knew we were in with a good chance of finishing in the top four.

“That’s what we’ve done, so it’s a really big achievement.

“Once we secured the top six, the players relax a little bit. There were seven teams competing to get into the top six, and then there were Celtic, Rangers and Hearts, but I feel like we’ve got better over the last couple of weeks.

“Today was all about the players – their performance at big times sent the fanbase home very happy, so I’m proud of that as well.”

For Ross County boss Malky Mackay, Europe was already an impossibility by the time United came to Dingwall, so he made seven changes to his starting 11 to give some younger and fringe members of his squad minutes.

“Had that game been in the middle of the season, we might have been seeing that out in the last five or 10 minutes instead of going for it,” Mackay reasoned.

“I thought it was important to get Matty Wright and Adam MacKinnon on, Ross
Munro too. I thought Ben Paton was fantastic in midfield, so I’m delighted for him as well.

“It was great to get Josh Sims on the pitch. Him and Harry (Paton) came on and really excited the fans for half an hour there.

“With a pre-season behind him, Josh is going to be a star for us I think.”