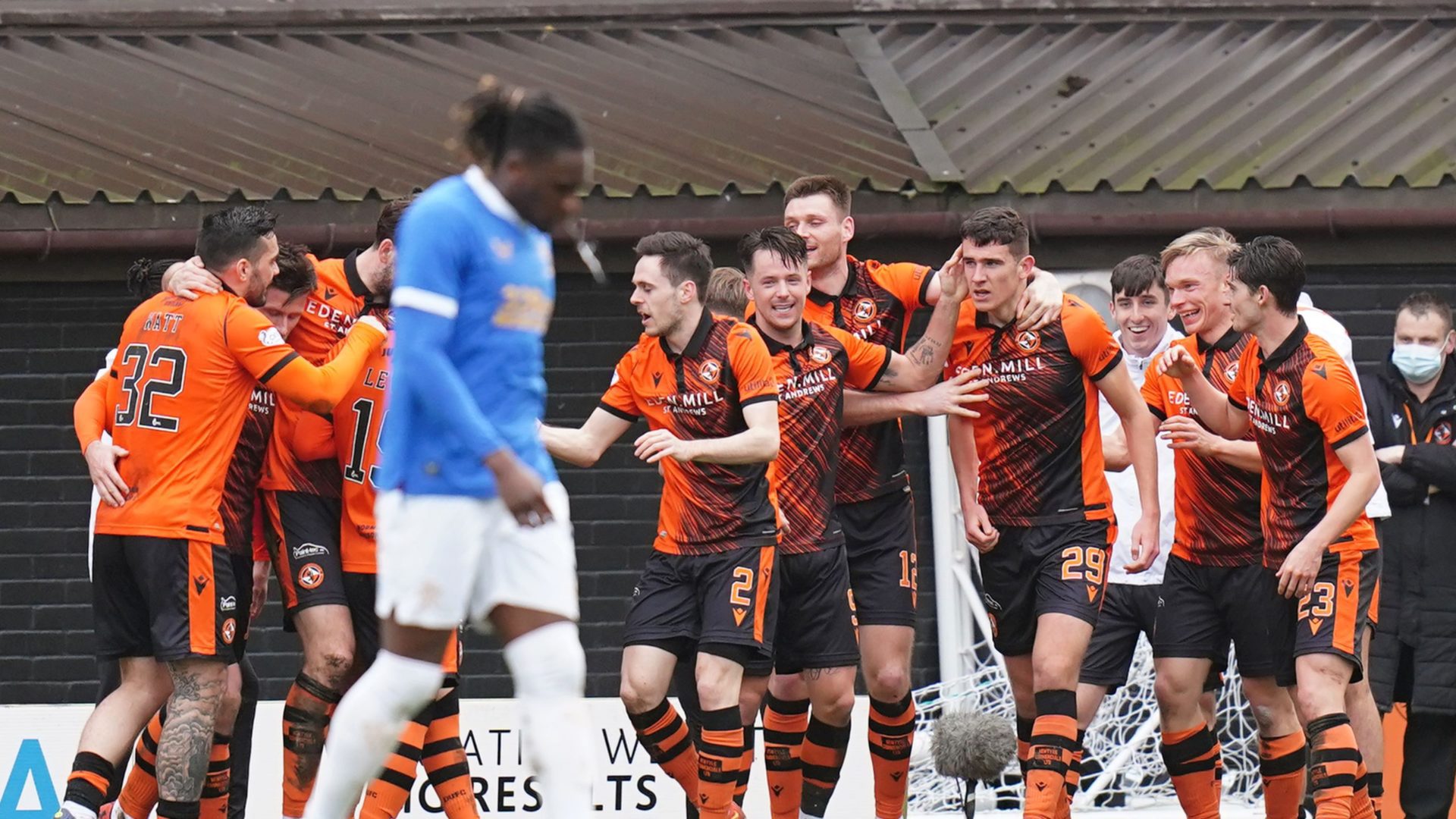 Dundee United head coach Tam Courts will give his players the autonomy to take risks at Ibrox as they chase points against Rangers that could be crucial in their European quest.

United took a major step towards a place in the Europa Conference League when they beat Motherwell last Saturday and face their other rivals for a top-five place, Ross County, on the final weekend.

But Courts knows a result against the Europa League finalists could go a long way to meeting their goals.

United came close to pulling off a shock on their previous trip to Ibrox when only a late penalty from James Tavernier denied Courts’ Covid-hit squad from claiming a point.

They drew 1-1 at Celtic Park earlier in the campaign and were seconds away from drawing at Parkhead on their next visit before Liel Abada’s last-gasp winner.

“Our approach against Celtic and Rangers this year has been for the most part on point,” said Courts, whose side have taken four points off Rangers at Tannadice.

“I think we have caused them trouble and we have obviously taken points off both of the teams.

“You always go into these games cautiously optimistic because you have to respect the quality they have got.

“But if we take something from the game that will be a real big step forward.

“We are full of respect for Rangers, but we are at the stage of the season where our needs are really, really strong and we have got to be targeting something from every single game that we play.”

Courts admits his preparations change ahead of games against Scotland’s big two teams.

“It’s completely different in terms of the questions these teams will pose and obviously the quality is different,” he said.

“The players are going to make a higher volume of decisions and complex decisions, and that’s what we need to replicate on the training pitch.

“Also we need to feel that we are going to try and win, to be brave, to take points and pass the ball, and take some risks as well.

“You can go there with a game plan to be organised and compact and control space, but you also want the players to know there’s an autonomy to go and play and try and score, which is something we have tried to do in Glasgow this season.”