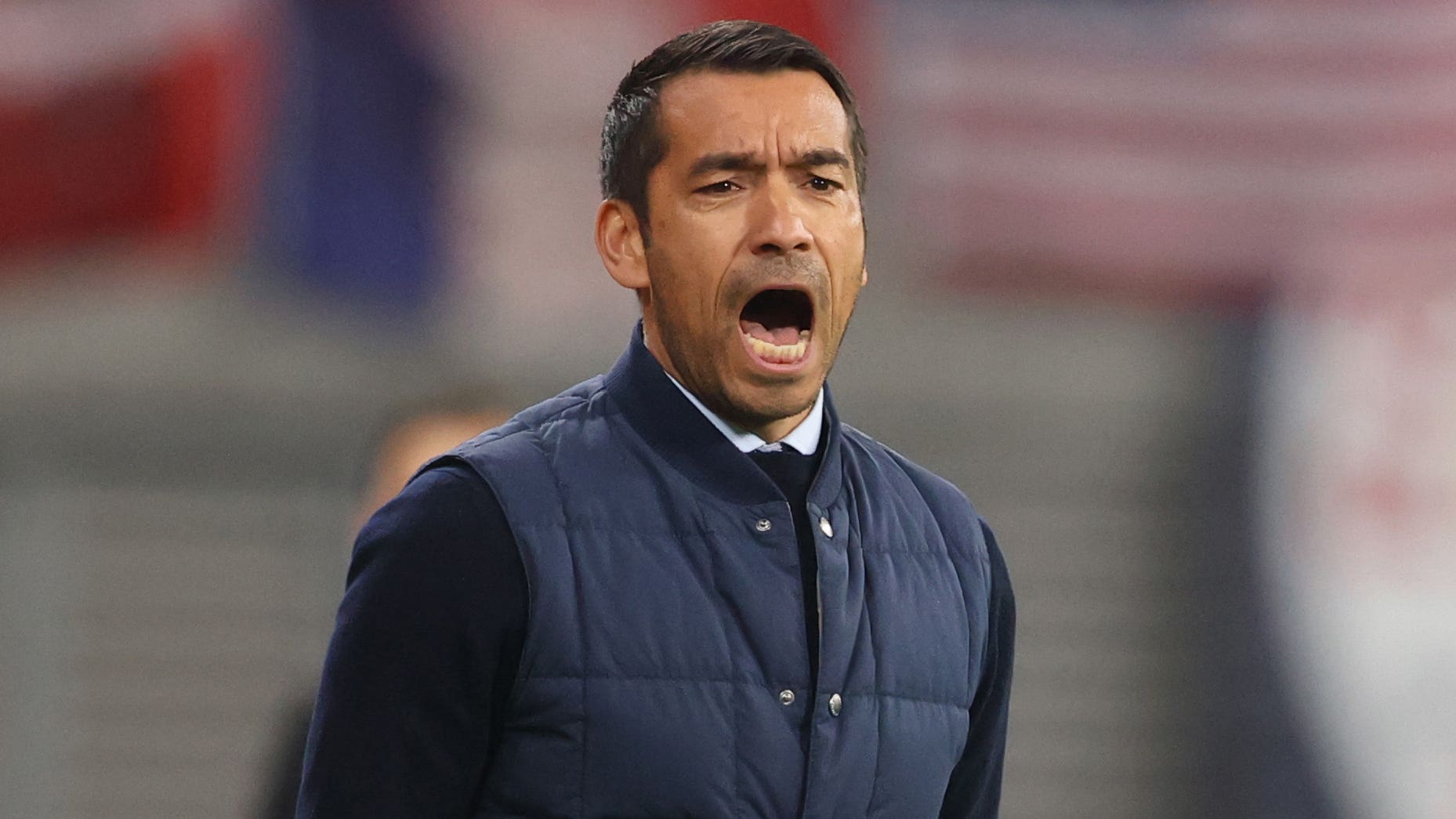 Giovanni Van Bronckhorst believes Rangers can use the energy of Ibrox next week to reach the Europa League final after succumbing to a late RB Leipzig winner in Germany.

It looked like the Light Blues were going to escape with a goalless draw in their first-leg tie against the Bundesliga outfit  – they had survived a couple of scares – until Angelino fired in with five minutes remaining to take a 1-0 lead to Glasgow next week, where the Gers will look to make their first European final in 14 years.

Van Bronckhorst, mindful that Rangers lost 1-0 away to Braga in the previous round before beating the Portuguese side in extra-time in Govan, said: “We know what to do next week. It’s a final in Seville we can qualify for.

“So we have to give everything and I’m sure our home game next week at Ibrox will give us a lot of energy to overcome Leipzig. They are a quality team as you saw but we want to reach the final. We have to prepare well as always next week and give everything to reach Seville.”

The Dutchman revealed he told his players not to be too downhearted and that they are still in the tie.

He said: “Yeah, that was my message to them as well. Of course you feel the disappointment in the locker room because of the late goal. But we’re only halfway and we’ve shown before our character to get back into our rhythm next week at home. That’s what we have to do.

“There’s not many times you have a chance to play a European final so we have to go all out and do everything to win the game.”

Van Bronckhorst insists his tactics will change for the second leg where Rangers will have to score at least once.

He said: “It’s a different game next week. The second game in the tie is always different because you know one team has to take risks because of the scoreline. I don’t think we’re going to play the same way like we did today.

“We have to win. We have to win by a margin of two. Of course one goal gets us back into the tie. But I think we’re capable of doing that while respecting the quality of the opponent.

“We have many great European nights at home and the fans will definitely give us energy and give us all the ambiance we need. My players should fight for the final.”

He said: “If they play like this it’s 0-0 and they need a goal so they have to open up. We are not looking forward with fear, but happiness.

“It’s a pleasure to play in such stadiums with a great atmosphere. I think Ibrox is special and we are happy to be there in one week.”