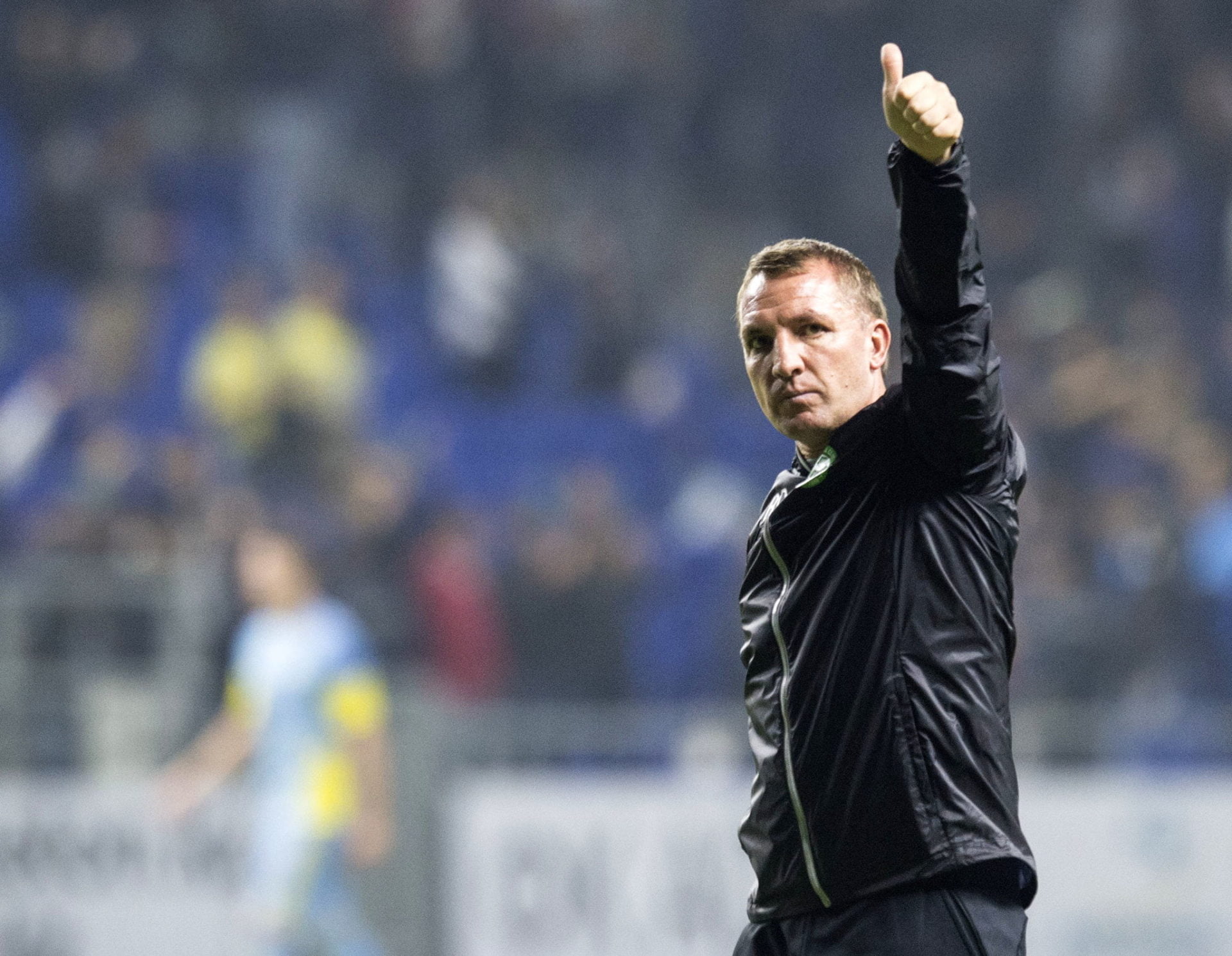 It is a step in the right direction, but there’s a huge amount of work to be done before Brendan Rodgers convinces the Celtic fans that his revolution is well and truly underway after Wednesday’s 1-1 draw against Astana in Kazakhstan.

Leigh Griffiths, once again, proved his worth to Celtic with a clinical finish, that owed everything to the talented Patrick Roberts attitude of chasing down a lost cause.

Celtic got a crucial away goal but this tie is not finished, as home results in Europe highlighted last season.

There are still problems to be addressed in Celtic’s centre of defence, which should be helped next week with the inclusion of Kolo Toure in the back line for the return leg.

Celtic deserve credit for some good passages of play, possession and of course the draw.

The scoreline and the manner of play suggests the new manager’s message is getting through to a more receptive bunch of players than Ronny Deila’s words from last year.

However, the strategy of the club remains the same, gamble with the qualifiers without shelling out too much money on players.

Once the season ticket money, the International Champions cup cheque is cashed and the group stage is secured, then it is time to buy.

This, horse has bolted, attitude has caught Celtic out for the last couple of years and there is no certainty it will change this season.

On the positive side, there are genuine signs that the team is playing a better and quicker brand of football than the dull pedestrian Deila reign.

I believe Celtic will edge the return leg against a very ordinary Astana side to make it to the knockout phase.

Rodgers will surely by then have spent some money on the two or three quality players Celtic need for the domestic and European challenge.

The manager will also be hoping his chief executive can work his magic in offloading Efe Ambrose and a few others to further boost the transfer kitty before the window closes at the end of August.

It would be an act of folly on Celtic’s part not to respond to what is happening over at Ibrox under Mark Warburton, regardless of how weak or strong you believe the challenge is coming from Rangers.

One thing is for certain, every Celtic fan will be monitoring the Ibrox club on TV and radio every week to see if the Rangers players can back up their belief that they can compete for the title.

My prediction for next week, Celtic to win it by two clear goals, but I’m not sure they will keep a clean sheet.

If they do, that is another step in the right direction.