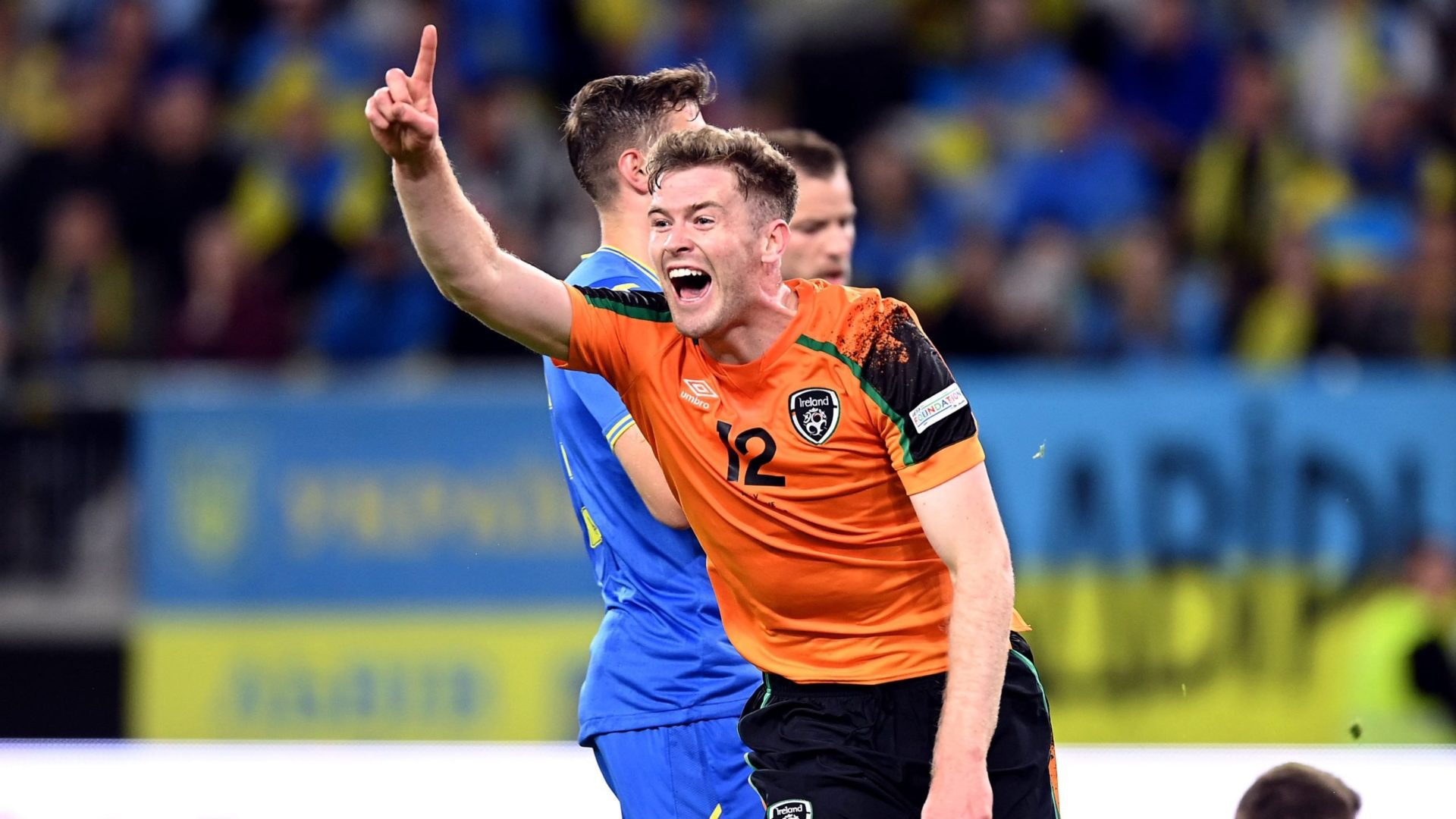 By By Damian Spellman PAJune 15, 2022No Comments

Dara O’Shea has told Republic of Ireland team-mate Nathan Collins the sky is the limit after witnessing his Beckenbauer moment against Ukraine at close hand.

The 21-year-old Burnley defender stunned the LKS Stadium in the Polish city of Lodz on Tuesday evening when he rekindled memories of West Germany great Franz Beckenbauer by striding forward in imperious form and evading three challenges before firing Ireland into the lead.

It was central defender Collins’ first senior goal for his country and capped a fine individual display on a night when he completed a gruelling schedule of playing every minute of June’s four Nations League fixtures.

O’Shea said: “It was unbelievable, but I’m not surprised that he scored it. As soon as he picked the ball up, I knew that he was only going forward. The finish was spectacular, so fair play to him.

“Nathan is a talent and a credit to himself and is only getting better. He’s got to keep this momentum going, ride the wave that he is on and God knows where it can take him.”

Collins lit up Lodz 31 minutes into a pulsating encounter, picking off Mykola Shaparenko’s pass out of defence before carving his way past Oleksandr Zinchenko, Serhiy Sydorchuk and Illia Zabarnyi and audaciously beating goalkeeper Dmytro Riznyk with the outside of his right foot.

His stunning finish was ultimately enough only to secure a 1-1 draw after Artem Dovbyk levelled two minutes into the second half, but even that was a positive three days after a morale-boosting 3-0 victory over Scotland in Dublin which dispelled the misery of back-to-back defeats by Armenia and Ukraine.

West Brom defender O’Shea, 23, said: “To start this window with two defeats was tough, but we had to bounce back and there is no better way to do it than the performance against Scotland.

“To come away with this point is disappointing when we went ahead, but it’s still a positive.

“As a group, we know where we want to be, we want to be at the top. We won’t settle for second, so we can deal with what is in front of us.”

Manager Stephen Kenny, who was without key men Shane Duffy, John Egan and Seamus Coleman in Lodz, had challenged his players before they kicked a ball in anger in Armenia to win League B Group 1 and – while that looked a forlorn hope after 1-0 defeats in Yerevan and by the Ukrainians at the Aviva Stadium – they are not giving up on their mission.

Midfielder Conor Hourihane said: “How we are going to finish these four games – that was the massive thing, and the message in the dressing room heading into September is, ‘there’s still a lot to play for’.

“Obviously the first two games didn’t go to plan and there’s no hiding away from that. To go into Scotland and then Ukraine with people like Seamus out, Duffer out, John Egan out…lads came in tonight – Darragh Lenihan, Dara O’Shea – absolutely fantastic.

“We showed really good character tonight and that is the big message really, to put the confidence back into the lads.”