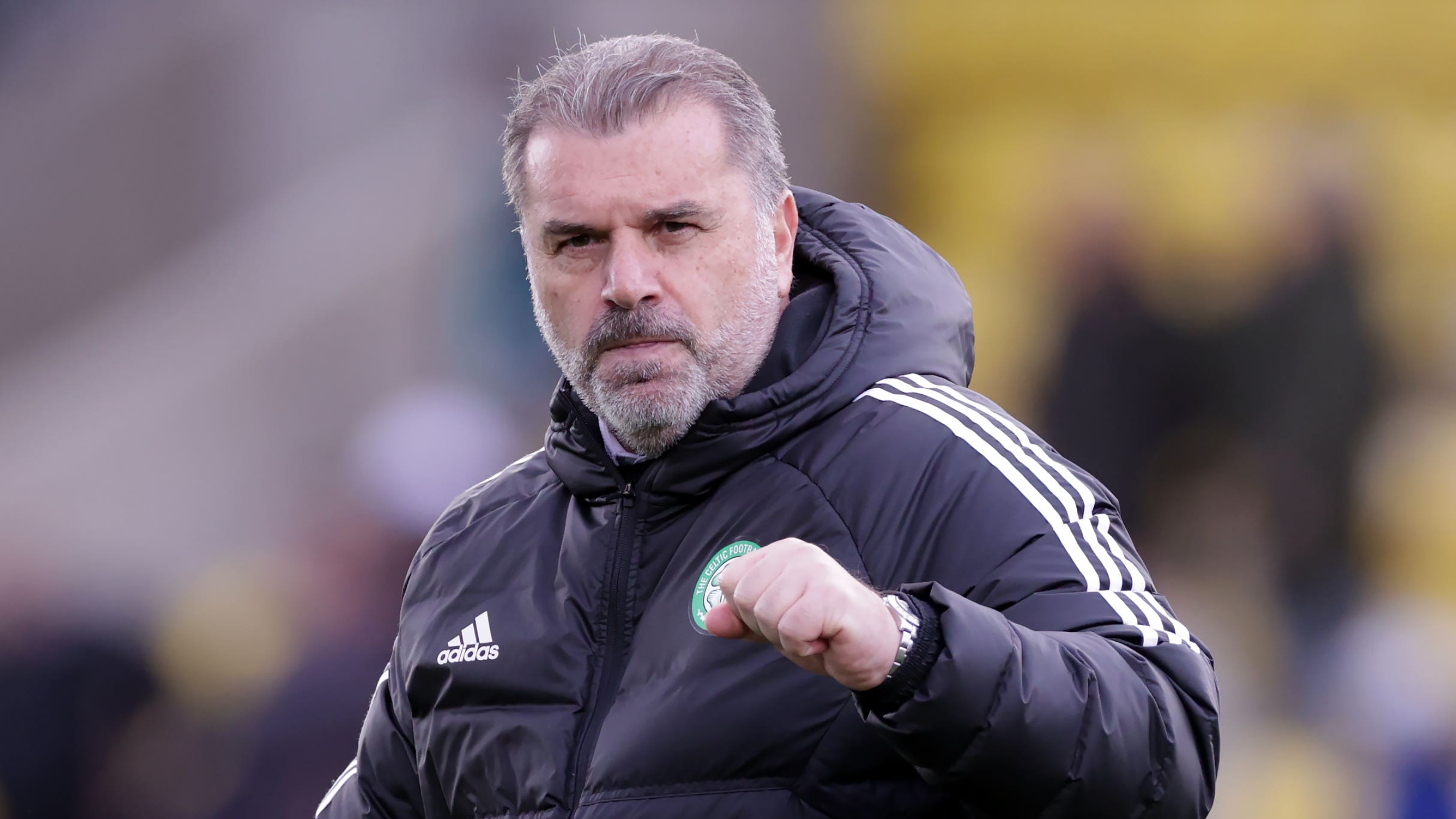 There is more to come from Greg Taylor, says Celtic boss Ange Postecoglou

By By Ronnie Esplin PAOctober 30, 2022No Comments

Ange Postecoglou believes there is more to come from Greg Taylor after the left-back celebrated his 100th Celtic game with a stunning goal in the convincing 3-0 win over Livingston.

The 24-year-old defender took time to win over Hoops fans after joining from Kilmarnock in 2019 but he has been in top form this season and set up Japan striker Kyogo Furuhashi to fire in his ninth goal of the season in the 10th minute at the Tony Macaroni Arena.

Taylor fired past Livi’s debutant goalkeeper Jack Hamilton in the 53rd minute from 25 yards and Celtic went from strength to strength.

Giorgos Giakoumakis hit a post with a penalty in the 84th minute but fellow substitute Jota, fit again after missing five games with a muscle injury, added a third in the closing stages as the visitors restored their four-point lead over Rangers at the top of the cinch Premiership.

The Hoops boss said: “Yes, that’s great for him (Taylor) and like all our players he has improved a hell of a lot because he wants to improve.

“I have tried to set up an environment where players can be the best they can be and constantly improve, but they have to embrace it and he certainly has.

“From the moment I arrived, he is one of the few who have stayed on and you can see he is growing all the time as a footballer.

“He got a great goal today and with the way we play with our full-backs we want them to be an attacking threat.

“I think he is growing into that aspect of it and his general play has been really strong all year. He is still relatively young and there is more to come.”

On the return of Portuguese winger Jota, who also won Celtic a penalty when his cross hit the hand of Livingston substitute Andrew Shinnie, the Parkhead manager said: “It is easy to forget he had a great start to the season, he was incredible for us.

“For him to miss the last period, along with Callum (McGregor), it is disappointing for him more than anything else because he wanted to make an impact at Champions League level.

“He scored against Leipzig, he was looking good and he has worked hard in rehab.

“We still have four games to go before the break and again in the second half of the year I’m sure he will be back to his best and looking to improve because again, he is a young player as well.”

Postecoglou was impressed by his side’s overall performance.

He said: “Everyone knows that it’s a difficult venue and an opponent, and they make it hard for the opposition.

“I was really pleased as we had a really strong mentality about our performance today.

“From my perspective that was the pleasing thing as it can become a really difficult game and I’m not saying it was easy but we controlled it playing our football.”

Livingston boss David Martindale noted that Celtic were able to bring on David Turnbull, Liel Abada, Jota, Oliver Abildgaard and Giakoumakis in the second half.

He said: “I turned round to Marv (assistant Marvin Bartley) and said, ‘look at their substitutions. It’s not bad’.

“But I still think we were very competitive with the XI we put out. We had eight missing but I don’t think that had anything to do with the game today.

“But when you look at Celtic’s bench and the players they can bring on, I was a bit envious, I’m not going to lie. Financially they are miles ahead of us. But I felt we limited them to few chances.

“We didn’t deserve anything from the game, Celtic deserved the three points.

“Celtic are the team to beat this season, they’re a top team, so I knew it was going to be a difficult game.”