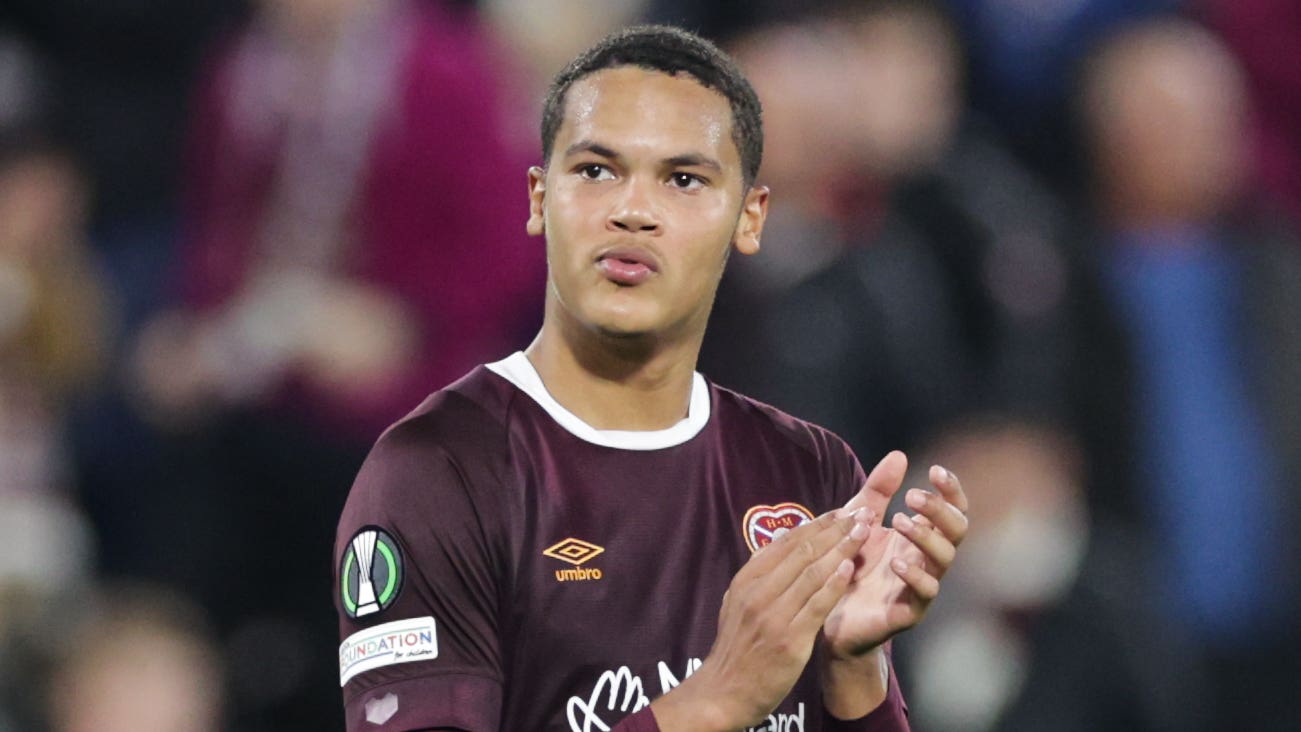 By By Anthony Brown PAOctober 27, 2022No Comments

Robbie Neilson heaped praise on Toby Sibbick after the much-maligned defender had Hearts supporters in raptures with a man-of-the-match display in Thursday’s Europa Conference League win over RFS.

The Jambos’ slim hopes of qualifying for the knockout phase were killed off earlier in the evening when Group A rivals Fiorentina defeated Istanbul Basaksehir just before the Tynecastle showdown with the Latvian champions kicked off.

But Hearts swiftly banished any disappointment by recording a 2-1 victory, with Sibbick – who was dropped from the team after struggling for form and confidence earlier in the season – the star of the show with a commanding performance at the back.

The 23-year-old defender, who joined from Barnsley in January, had his name sung continuously by fans in the closing stages before being warmly embraced by his team-mates when he was named man of the match at the end.

“I’m delighted for him,” said manager Neilson. “Toby has had a hard time recently. Since he came in he hasn’t hit the levels he’d have wanted consistently.

“There have been flashes of what we had tonight, but he just has to maintain that.

“To his credit he has worked hard, he’s waited for his opportunity and he has come in tonight to European football and played like that.

“He now has to maintain that aggression, that intensity, and those concentration levels because there is no doubt about his ability.

“We all know he’s a good player, we see it in training every day. It’s about bringing that onto the pitch and he’s managed to do that in the last couple of games.”

Neilson was pleased to see Hearts beat RFS to secure third place in the group but disappointed that his side did not produce a better performance after racing into a two-goal lead through Lawrence Shankland and Andy Halliday.

“I was delighted with the first 20-25 minutes, we started the game really well,” said the manager.

“We had a lot of intensity, we had the fans behind us, we managed to get two goals.

“Then we took our foot off the gas a wee bit and allowed RFS to get into the game.

“They scored a fantastic goal and we never really got control after that, which was disappointing.”

Neilson insists the disappointment of hearing that Fiorentina had won just before Hearts kicked off had no impact on the mood in the dressing-room.

“We knew it was an opportunity to win a game and we managed to do that.”

Hearts – already heavily hit by injuries to key men – lost Stephen Kingsley to a hamstring issue in the closing stages.

“He’s just tweaked his hamstring a little bit – we’ll need to see over the next couple of days,” said Neilson. “It’s disappointing because we just seem to be one little niggle after another with players.”