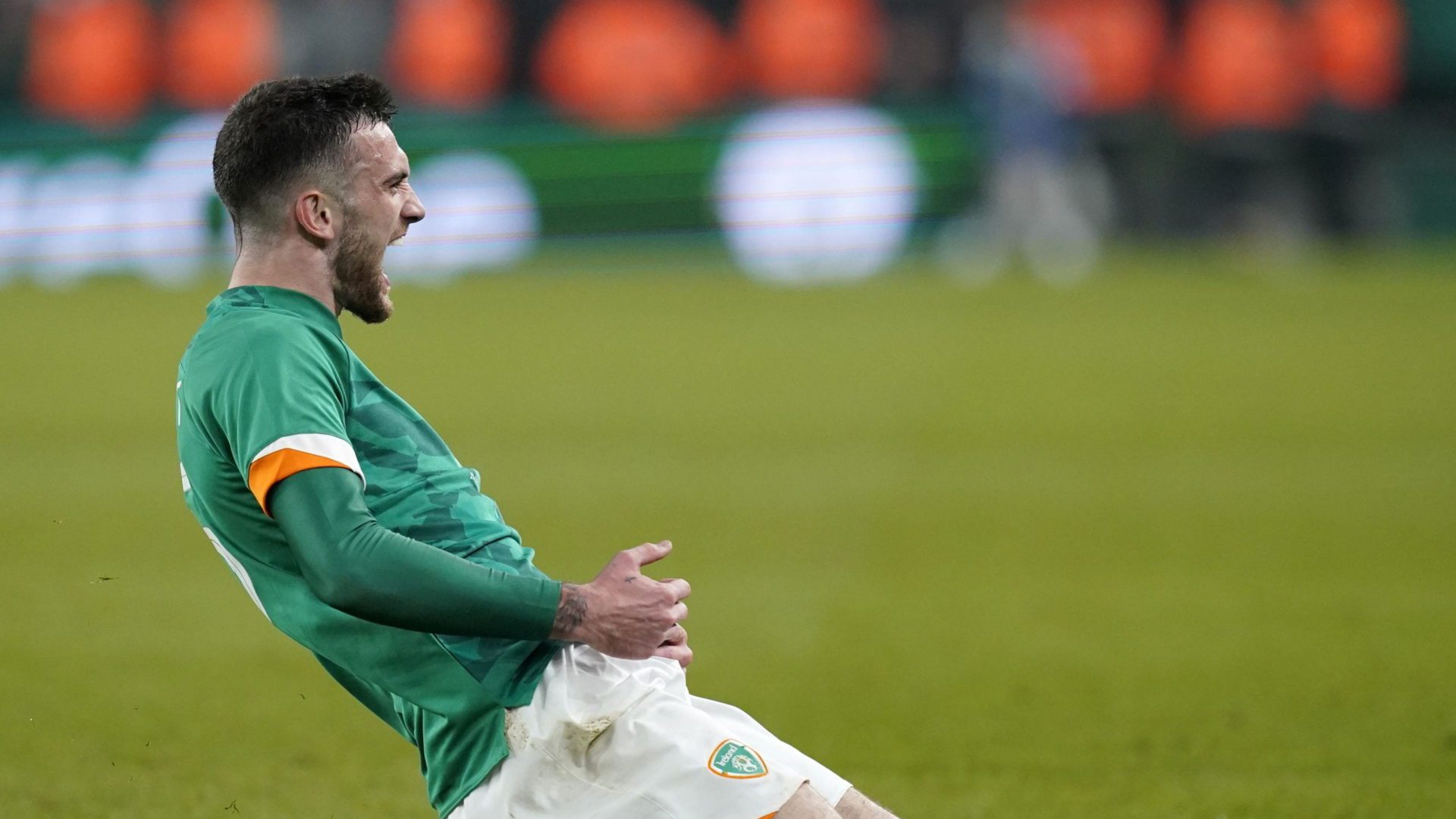 Troy Parrott enjoyed the best moment of his career as he fired the Republic of Ireland to a last-gasp victory over Lithuania.

The 20-year-old Dubliner, who is currently on loan at MK Dons from Premier League Tottenham, blasted home the only goal of the game in the seventh minute of stoppage time at the Aviva Stadium.

Asked afterwards if it was the best moment of his fledgling career, Parrott said: “By far. By far. To score the winner that late in front of the home fans maybe a mile or so away from my house was honestly incredible.

“I’m still shaking now. It was honestly one of the best feelings I’ve ever had in my life. It felt like the ball was never going to come down. I had to take two touches before I could get the shot off, but yes, I’m over the moon.”

Parrott, who had been introduced as a 63rd-minute replacement for Will Keane, making his first senior start for Ireland, intervened in the nick of time on what proved to be a frustrating evening for Ireland three days after their impressive 2-2 draw with Belgium.

They had earlier seen two strikes by Chiedozie Ogbene and two more from Conor Hourihane and substitute Scott Hogan ruled out for offside, and Parrott’s goal-bound effort clawed out of the top corner by keeper Dziugas Bartkus.

However, he refused to be denied and earned the praise of manager Stephen Kenny for both his contribution and his response to not making the starting line-up.

Kenny said: “He hid his disappointment and channelled it in the way that you would want him to. The easy thing would have been for him to be displeased and not showing the best of attitudes.

“But having had a shot tipped over just before, to get the goal showed two characteristics: one, that he has exceptional technical talent to strike a ball from distance with such venom and brilliant technique; and the second thing is to do it not when you’re 2-0 up, to do it in the 97th minute when you’re at 0-0.”

Parrott’s strike provided a satisfactory conclusion to an eventful evening, which saw Ireland eventually extend their unbeaten run to eight games with a win.

Kenny said: “To be fair to the players, the ability to get late goals is a very, very important quality in a team.

“We got late goals against Azerbaijan, Serbia, three against Luxembourg, against Belgium and again today. You can’t underestimate the value of persistence, it’s a very important quality in the team and it speaks about the humility of the group, that manifests itself in the ability to keep going.

“I’ve never been involved in a game with four goals disallowed. It’s a very unusual situation, four goals – and some of them are late flags, so you’re actually celebrating and then the flag goes up and you can’t believe it.

“The frustration can get the better of you and it didn’t. That was important. You’ve just had to keep passing, keep believing that you’ll create the openings. I know we left it very, very late, but it was a brilliant goal from Troy Parrott.”