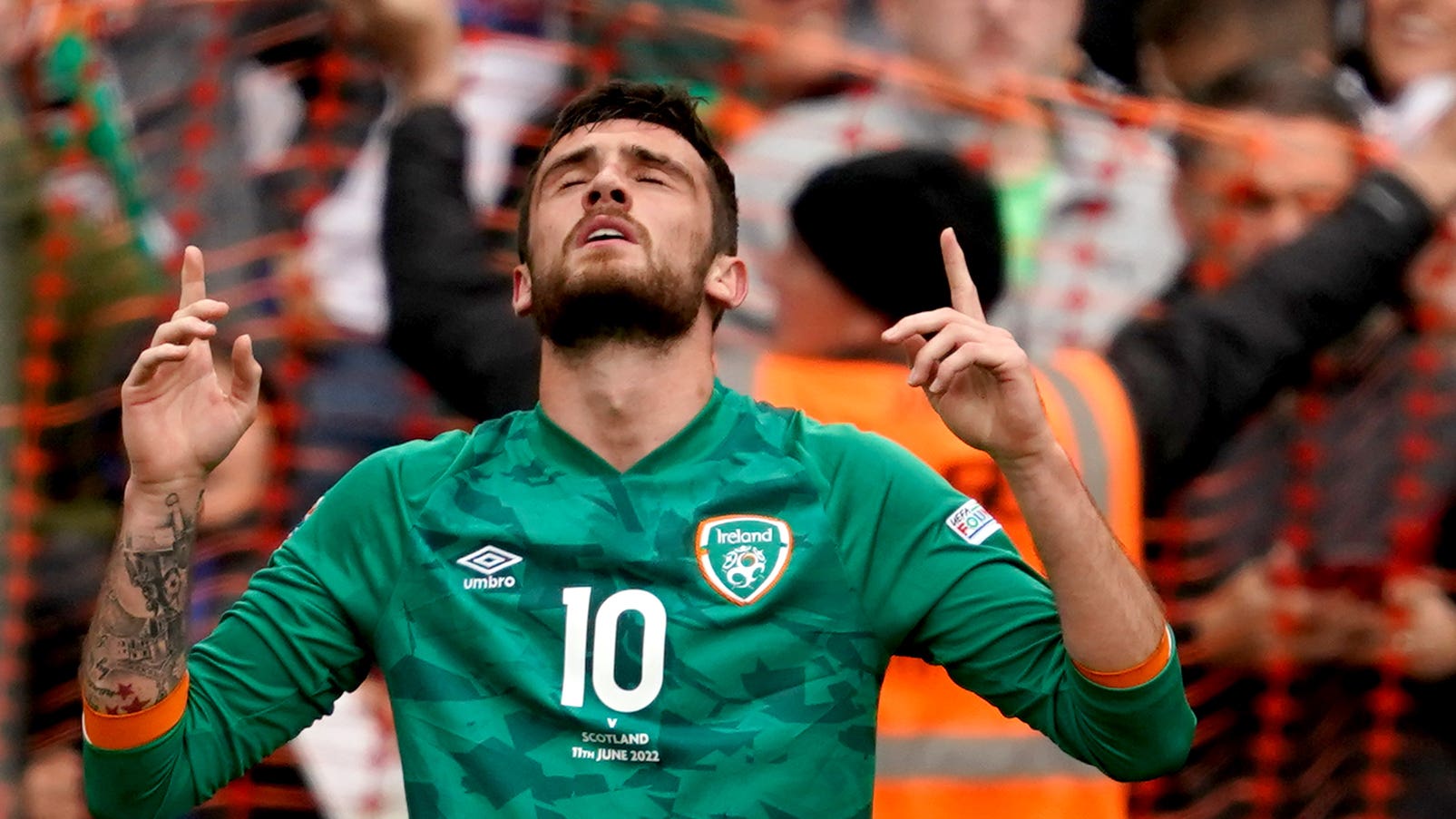 By By Damian Spellman PAJune 18, 2022No Comments

Troy Parrott will head back to Tottenham desperate to impress manager Antonio Conte after announcing himself on the international stage.

The 20-year-old striker met up with the Republic of Ireland earlier this month having spent what he hopes was a breakthrough season in League One with MK Dons, during which he scored 10 goals in all competitions.

He carried that form into Ireland’s Nations League fixtures, capping a fine individual display with an assured finish in a 3-0 victory over Scotland and impressing as Stephen Kenny’s men drew 1-1 with Ukraine in Lodz to bring down the curtain on a gruelling run of four games inside 11 days.

Parrott’s time at Spurs to date has seen Mauricio Pochettino depart and Jose Mourinho and Nuno Espirito Santo come and go as he has tried to stake his claim, but asked if he needed stability on that front to do so, he said: “I can’t control what goes on there. That’s out of my hands.

“All I can do is try to impress whoever is there, and that’s what I fully intend doing when I go back there for pre-season.”

Parrott endured difficult loan spells at Millwall and Ipswich during the 2020-21 season, but prospered in Milton Keynes during the last campaign.

Whether his immediate future lies at the Tottenham Hotspur Stadium, where England skipper Harry Kane and Son Heung-min have formed a formidable partnership, or in another temporary move, he does not yet know, but he is confident he is now heading in the right direction.

He said: “After two disappointing loans, it is fair to say that things are looking up for me and I am on a bit of an upward trajectory. I just need to keep that going, keep improving and keep giving it all.

“Going on loan is for playing men’s football and realising what you have to do throughout a game, and I think I have matured a lot over the three loans that I’ve had. I am just happy that it is starting to click.”

The Dubliner started three of Ireland’s four games and played a key role against the Scots, heading home strike-partner Michael Obafemi’s delicious pass to make it 2-0.

Kenny’s side went into that game on the back of 1-0 defeats in Armenia and at home to Ukraine – Parrott was an unused substitute for the second fixture – prompting fresh knife-sharpening, but the response rekindled optimism for the future.

The frontman said: “People will look at it that we had a win and a draw in the two toughest games – that shows the character of the team.

“We all believe in what we want to do. We all know that the first two results weren’t good enough. We managed to turn the switch back on.”