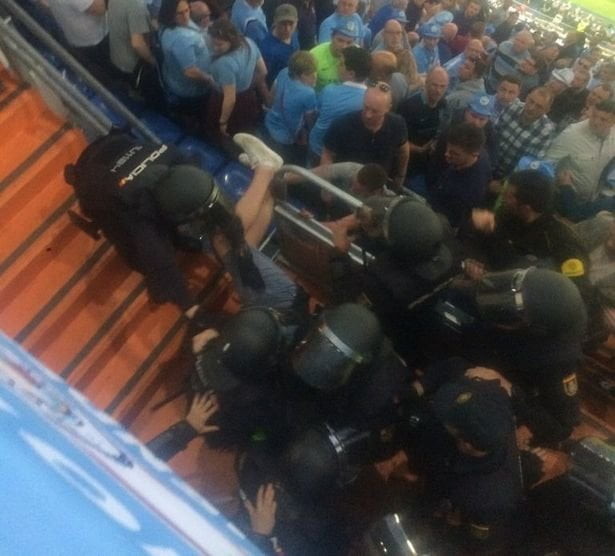 Man City fans found themselves on the wrong side of the Spanish police last night, as a video released by Manchester Evening News appears to show. The video was taken by a Real Madrid fan who was seated above the section where the fighting was taking place.

“Our friend asked if we would get in time to the game. Next second he’s getting thrown into a gate. ”

“Batons were out and people getting thrown. There were 3,000 city fans in shorts and t shirts. Met by hundreds of police in riot gear. You can’t even see their face as they are wearing masks. So OTT.”

“Everyone in good spirits. Not a bit of violence yet treated like ‘English hooligans’ as we are football fans.”