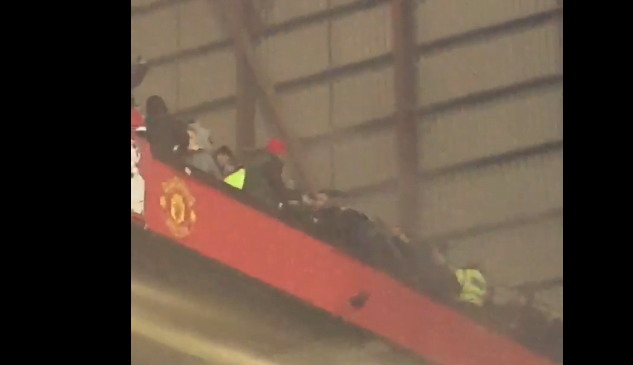 In what was due to be a fiercely contented match, Manchester United and Liverpool faced off in the second leg of their Europa last 16 clash. The score after the first leg was 2-0 to Liverpool and it was going to be a challenge for the Manchester club to win the tie. However the game was overshadow with violence as a fight broke out in the Manchester United end.

A section of the crowd began fighting and chairs were thrown during the match. The game ended 1-1 on the night and 3-1 on aggregate as Manchester United went out the Europe league.

Liverpool fans, who were sat in the Manchester United end, unveiled a Liverpool flag which incited the violent clash. So far 5 people have been arrested.

Liverpool fans went into the #Mufc end, unveiled a flag, fought with fans and destroyed seats