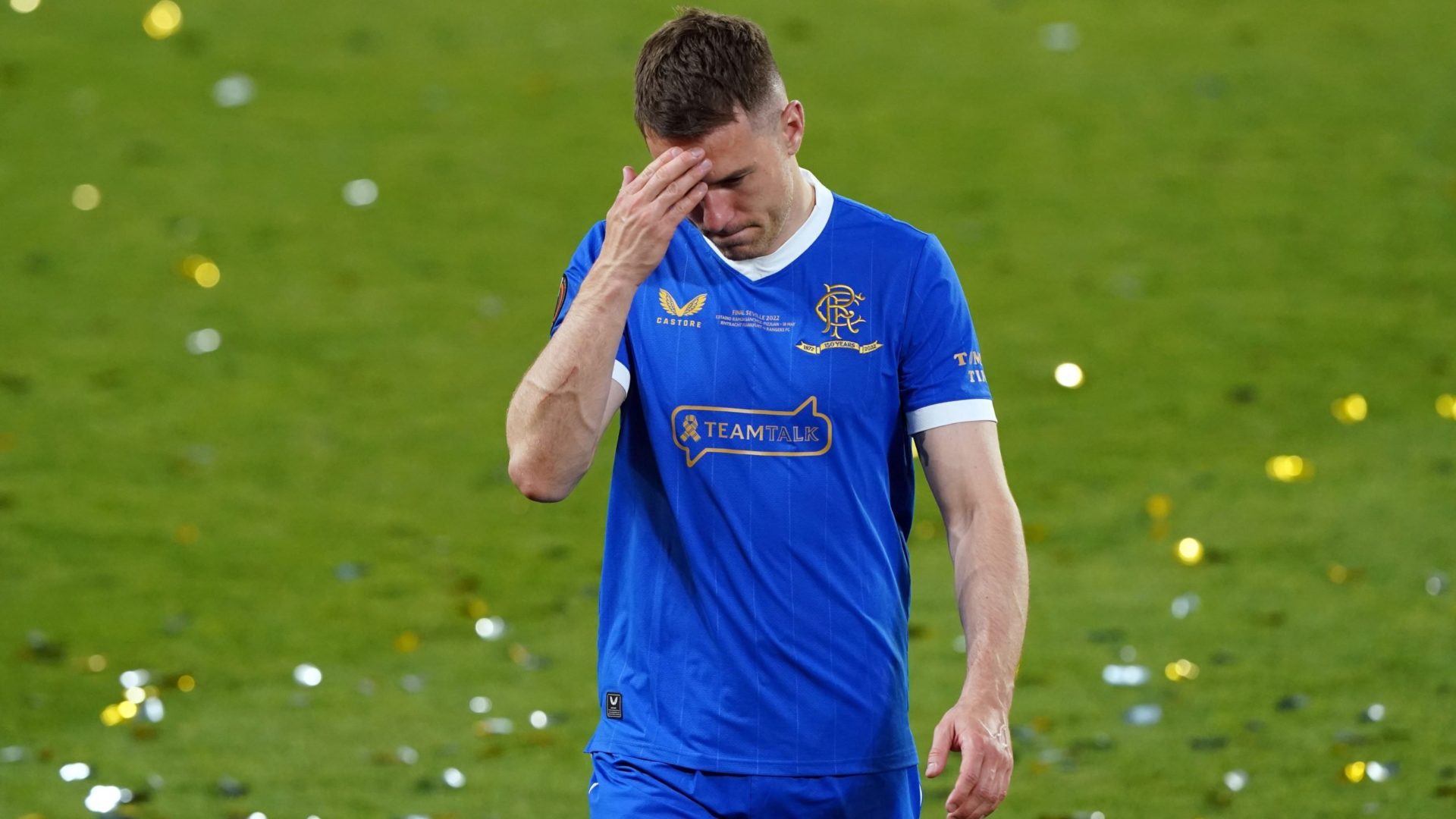 Wales manager Robert Page insists Aaron Ramsey will recover from his Rangers penalty misery and has endorsed him to take a World Cup play-off final spot-kick should he be needed to.

But Page has backed Ramsey to take a spot-kick against Scotland or Ukraine in Cardiff on June 5 should qualification for Qatar 2022 be decided by a shoot-out.

Asked if he still had faith in Ramsey, Page replied: “Absolutely, 100 per cent.

“It happens to the best in the world. Top players , they put themselves up.

“I am so proud of him for putting himself up (to take a penalty for Rangers), he is a world-class footballer.

“He had the courage and conviction to take a penalty. Top players recover from that, no problem.

“I have no doubt whatsoever if it comes to penalties that he will take one.”

Ramsey has joined captain Gareth Bale in a 27-man squad for a hectic June programme that also includes four Nations League matches – home and away against Holland, a trip to Poland and a visit from Belgium.

Bale has made just two cameo substitute appearances for Real Madrid since scoring both goals in Wales’ 2-1 World Cup play-off semi-final victory over Austria on March 24.

The 32-year-old has been absent from Real’s last five matchday squads with a back problem.

But Bale has returned to training in the Spanish capital and is on course to be available for Real’s Champions League final date with Liverpool on May 28.

Bale’s nine-year stay in Madrid is set to end this summer, with talk of him signing a short-term deal – possibly at hometown club Cardiff – should Wales qualify for their first World Cup in 64 years.

Page said: “I think everybody is probably thinking the same thing (about Bale’s future).

“It will depend on how results go with regards to what he does next season with a club.

“The only person who can answer that is Gareth. All I know is whenever he turns up for us he is first class.

“The full focus on himself is winning this game against Ukraine or Scotland, so he can worry about that after.

“He is here for the full duration (Wales’ final game next month is away to Holland on June 14), he has made that really clear to me.”

On whether Bale could be involved against Liverpool in Paris, Page added: “I think Gareth puts himself when he is fit to be available for Real Madrid like he does with us.

“It is down to the manager then whether he wants to select him or not in the squad.

“I think he is confident he will be involved and we will wait and see whether he is involved. We will then get him in camp as soon as we can.”

Leicester goalkeeper Danny Ward and Bournemouth forward Kieffer Moore both return to the squad after missing the March camp through injury.

Everton striker Nathan Broadhead, who has netted 13 goals in 26 appearances during an injury-hit loan spell at Sunderland, receives his first senior call-up.

Page insists his entire squad will travel to Poland for the opening Nations League game in Wroclaw on June 1.