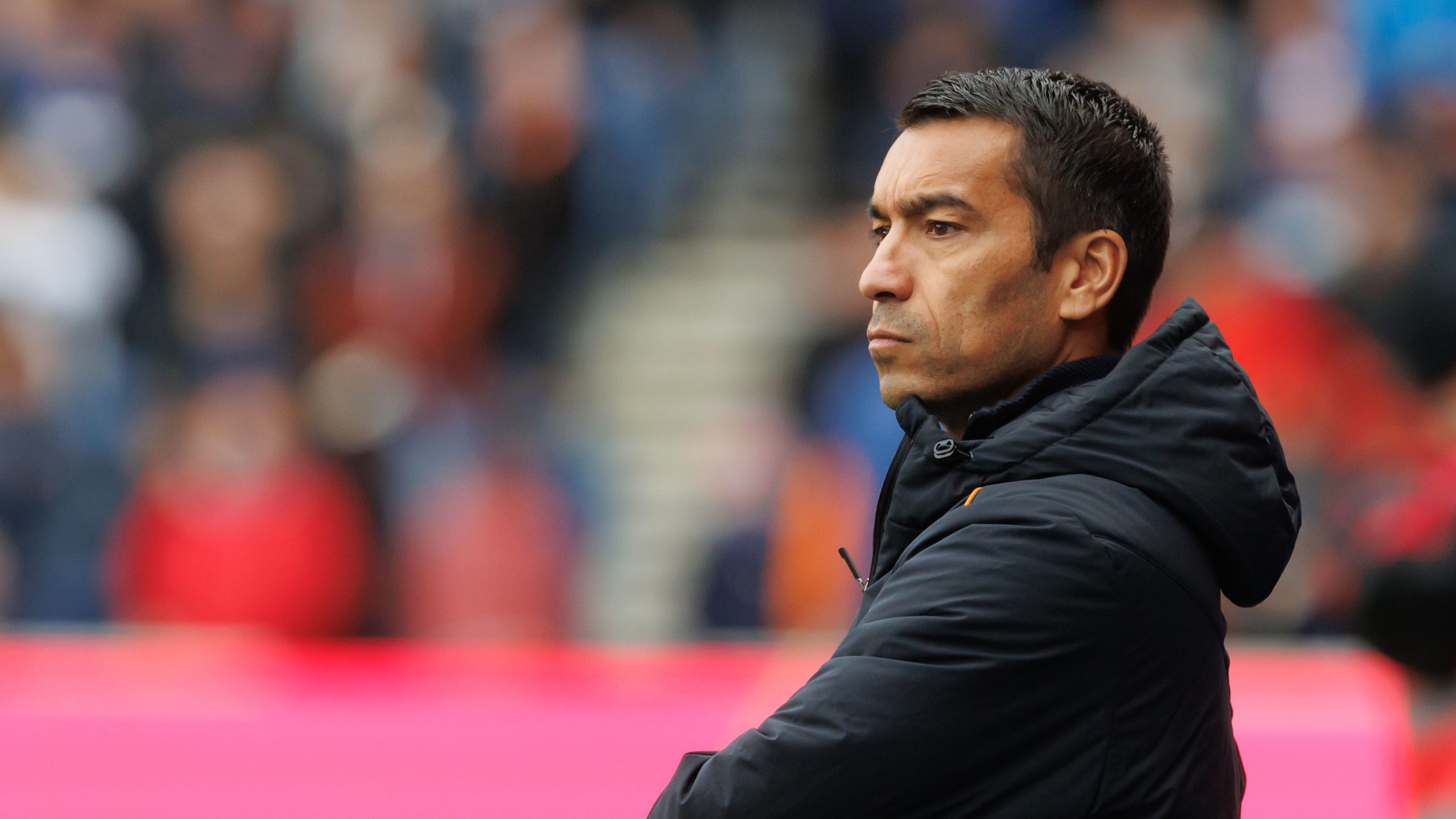 Giovanni van Bronckhorst admits Rangers still have to aspire to the level Ajax are at ahead of the Champions League clash between Group A’s bottom two sides on Tuesday night.

The Gers are bottom of the table with five straight defeats and a goal difference of -18, having lost 4-0 to the Dutch outfit in Amsterdam in their section opener, and they need an unlikely 5-0 win to make it into the Europa League.

After beating last season’s Europa League finalists with some ease, Ajax lost home and away to Napoli and Liverpool who have already qualified for the knockout stages.

However, Van Bronckhorst pointed out the discrepancy between the clubs who will play their final group game at Ibrox.

“Compete with Ajax? A team that has almost played the final and for five or six years in a row have been doing well in Europe,” said the Dutchman on the eve of the game, as he confirmed that midfielder Glen Kamara is back in the Rangers squad but defenders Ben Davies and Ridvan Yilmaz are out, while midfielder John Lundstram is suspended.

“We have been doing well in Europe the last three years, but we are still not at the same level as Ajax.

“We are developing and that’s the way it is. It is the way the differences are in Europe at the moment.

“If you see Ajax, the players overall are from a higher level, their budget is higher.

“They bought players for 100 million. They bought a not bad defender (Calvin Bassey) from us last season.

“We cannot compare ourselves to Ajax but we can compete with them on the day, especially at home at Ibrox.”

Van Bronckhorst believes even a point to finish of their first Champions League campaign in 12 years would be “positive” for the club.

He said: “The group is really hard. You can see Ajax only have three points.

“Last year they had a 100 per cent record in the Champions League (group stage). Tomorrow we can match their points if we win.

“So that shows you the level Napoli and Liverpool have shown in this group.

“It’s still going to be a really hard game because Ajax is a very good team.”

The absence of Davies, Yilmaz and Lundstram is another blow to Van Bronckhorst who has a clutch of players on the sidelines through injury.

Centre-back Davies came off at half-time of the 4-1 cinch Premiership win over Aberdeen at Ibrox on Saturday with a groin problem while left-back Yilmaz was replaced after eight minutes due to a hamstring complaint.

Kamara is back after missing the last six games through injury and will be a much-needed addition to the squad.

Van Bronckhorst said: “We have Kamara coming back in the squad. Lundstram is not available because of suspension.

“Yilmaz will not be ready. He will be out for several weeks.

“He has a hamstring injury. It will definitely be after the World Cup. I don’t know how long exactly but he will not be involved in the remaining games until the break.

“Ben Davies didn’t train. Hopefully he will be involved at the weekend but tomorrow will be too early.”