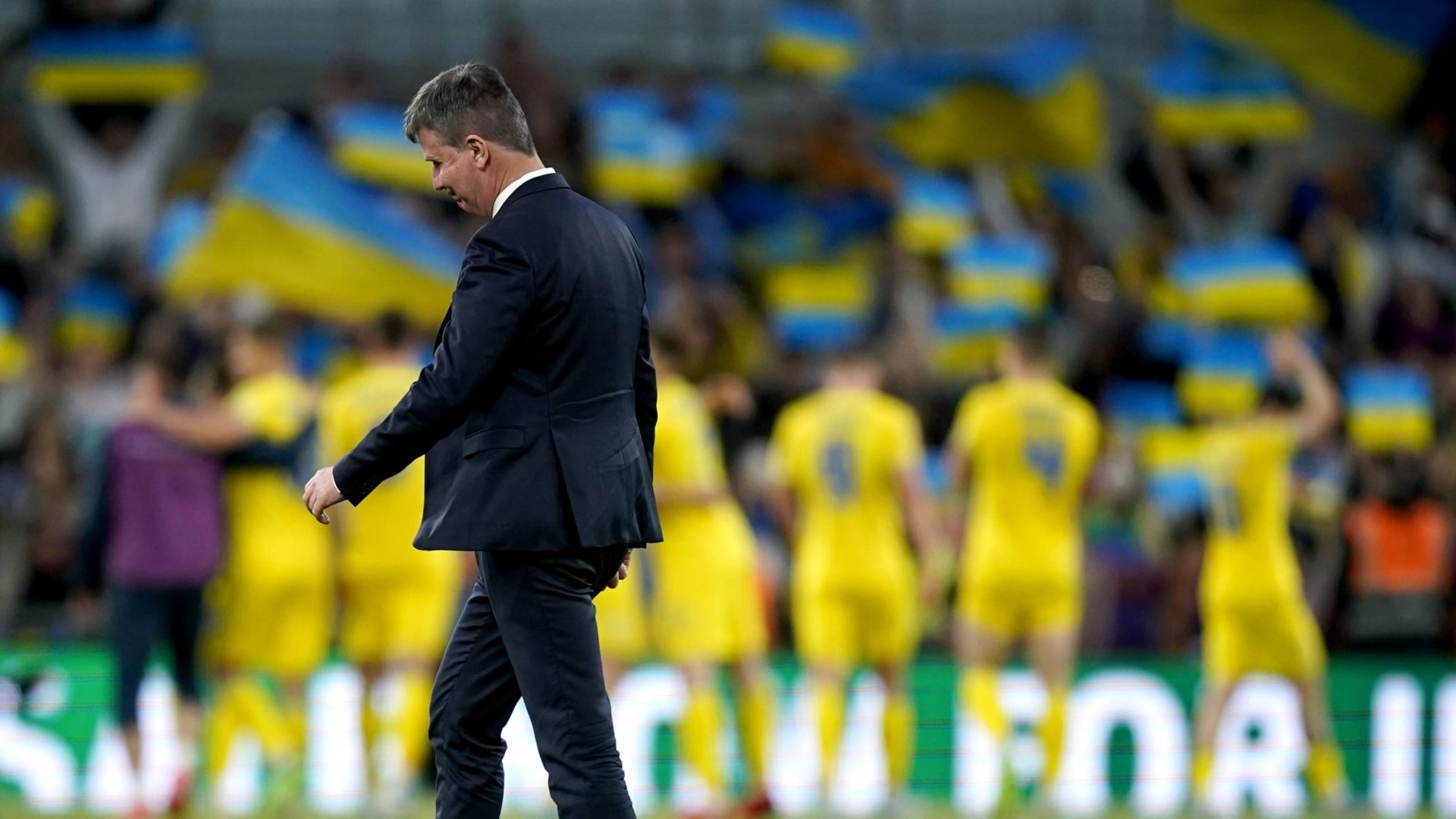 By Press AssociationJune 8, 2022No Comments

Republic of Ireland boss Stephen Kenny has told his players they do not have time to be hurt over their pointless start to the new Nations League campaign.

Ireland slipped to a second successive 1-0 defeat on Wednesday night when a much-changed Ukraine side won at the Aviva Stadium four days after Kenny’s men lost in Armenia to leave them at the foot of League B, Group 1.

The manager, whose side welcome Scotland to Dublin on Saturday, said: “We’re hurting at the moment and we don’t have time for that because such is the quick turn-around here. We’ve got to get ourselves ready for Scotland.”

Asked if he was surprised his side had not opened their account, Kenny added: “We wanted to do that and we haven’t done that, that’s for sure, particularly with the game in Armenia.

“We always knew that Ukraine would be a tough game – they got to the quarter-finals of the European Championships, they’re a quality team, so that was always going to be a tough game. But of course we would want points. I’m just raging that we didn’t get at least one win there in the two narrow games. “

Kenny’s men have now not won any of the 12 games they have played in the competition and his hopes of topping the group lie in tatters.

Ukraine ultimately secured victory courtesy of half-time substitute Viktor Tsygankov’s 48th-minute free-kick, which caught out keeper Caoimhin Kelleher as it curled towards his far post without getting the touch he expected from any of the men it passed.

Shane Duffy might have snatched a draw 11 minutes from time when he rattled the crossbar with a header, but it was the visitors, roared on by 3,500 Ukrainians now living in Ireland among a crowd of 40,111 at the Aviva Stadium, who prevailed.

Kenny said: “The goal itself was a fluke, it’s just a free-kick that took a massive jump off the ground into the net. I can’t fault the players, the players left everything out there. They gave absolutely everything.

“I asked them before the game, ‘It’s not enough just to give 100 per cent, you’ve got to extract every ounce of yourself in trying to get the result that we need’, and I thought the players gave absolutely everything of themselves there tonight.”

But he saw his deputies get the job done, in truth without a great deal of fuss, and was delighted to have put a smile on the faces of the Ukrainians among the crowd.

He said: “Clearly this is a very difficult time when Ukrainians come to see us playing in Ireland, Ukrainians who were accepted by this incredible hospitality by the Irish people. You guys took in our women and children, who were risking their lives back in Ukraine and I want to extend our gratitude to the whole of Ireland.

“I understand those Ukrainians who were in the stands today, all they wanted to see was just a bit of positivity from our team. But at the same time, they’re really longing to go home, go back to Ukraine and we made them a little bit happier tonight. That is the major achievement, in my view.”