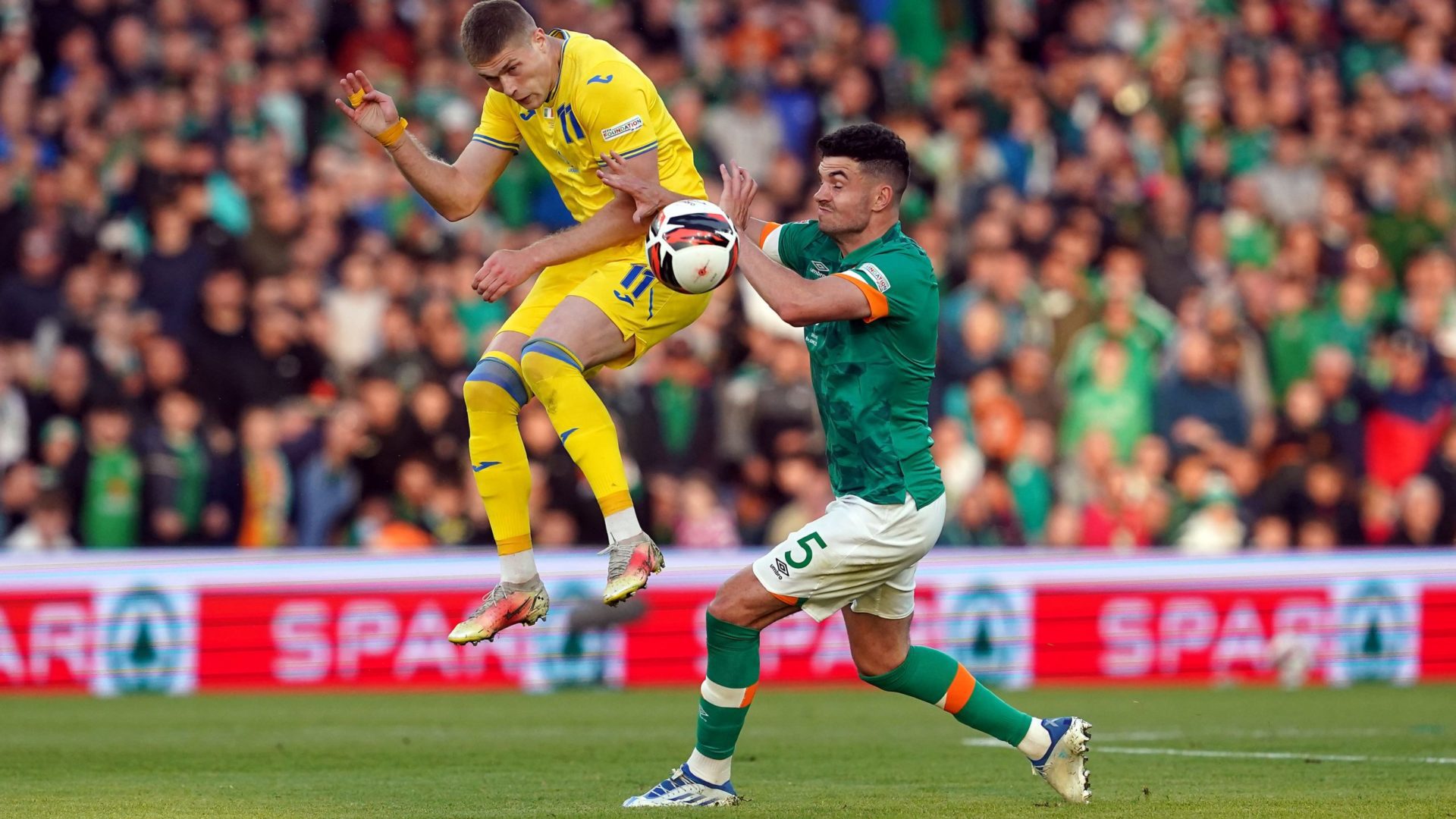 By Press AssociationJune 9, 2022No Comments

John Egan is confident the Republic of Ireland have the character to bounce back from a miserable start to their Nations League campaign.

Wednesday’s 1-0 home defeat by a much-changed Ukraine side four days after they went down by the same score in Armenia left Ireland sitting at the bottom of their League B group and without a win in the 12 games they have played in the competition to date.

Stephen Kenny’s men face Scotland in Dublin on Saturday before the return against the Ukrainians in the Polish city of Lodz next Tuesday with questions once again being asked, but Egan is expecting a response.

The 29-year-old Sheffield United defender said: “That’s football. You get knocked back and it is all about how you respond to it and how you bounce back.

“We have a changing room in there where everybody wants to bounce back and put it right next Saturday.

“The players always give 100 per cent and that’s the least you can expect when you put on an Ireland jersey. Everybody has given everything, we want to win the game but came out on the wrong end of a tight game.

“Listen, it is one game at a time. We have to try and get back into it on Saturday. Obviously it is not the start we wanted, but we have to keep going, keep looking at the next game.”

The Republic have now drawn five and lost seven games over three editions of the Nations League, the first of them under Martin O’Neill, and while Kenny points to the Covid-19 issues which impacted upon his first campaign, the trend is dispiriting.

Six of the defeats have come courtesy of a single goal, but Ireland have found the back of the net only twice and despite Kenny’s attempts to play a more expansive game, they have rarely threatened to improve upon that statistic either in Yerevan or against Ukraine.

They started and finished brightly at the Aviva Stadium and central defender Shane Duffy – still perhaps their biggest threat from set-pieces – rattled the crossbar late on, but what transpired in between was depressingly familiar.

Ukraine boss Oleksandr Petrakov made 10 changes to the side which lost 1-0 in Wales in Sunday’s World Cup play-off final, but his under-studies proved too slick and quick-witted for their opponents in between, although substitute Viktor Tsygankov’s winner, a free-kick which was allowed to bounce in front of wrong-footed keeper Caoimhin Kelleher, might have been dealt with better.

Egan, who limped off after 62 minutes and must be a doubt for the Scotland game, said: “It was a dangerous ball into the area between the defenders and the goalkeeper and obviously if you can’t get a head to it, sometimes they fly straight in. It was a disappointing goal to concede.

“Overall I thought we played well enough and created a lot of good opportunities. We just couldn’t take them.”