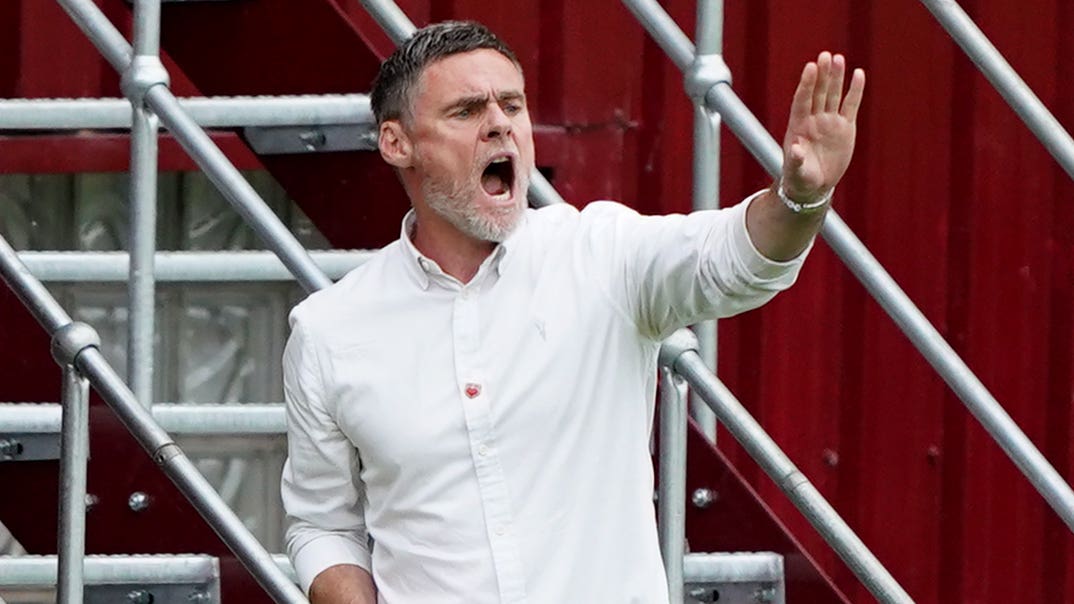 Graham Alexander believes Motherwell’s minds will be focused on the fact that nothing less than a victory over Sligo Rovers on Thursday will be enough to prolong their Europa Conference League run.

The Scots head to The Showgrounds knowing they must overturn a 1-0 deficit from the first leg of their second qualifying round at Fir Park last week.

Although behind in the tie, Alexander feels the sense of “clarity” in their task can help Motherwell stay in the competition.

“We’re determined to go through and we know the task in front of us,” he told Motherwell TV. “We’re 1-0 down from the first leg but we know there are things we can do slightly better which is a real positive for us.

“We know we have the players to do it but we have to overcome an opponent that’s got a 1-0 lead. We’ll give it our best shot.

“We knew the tie would be over two legs and we’re at the halfway stage. We’re well in the game but tomorrow is do-or-die for us. We have to go out and win, which is quite clear, but I like clarity and I think my players like clarity.”

The match at The Showgrounds is a sell-out, with at least 300 Motherwell fans making the trip over the Irish Sea and Alexander is hoping his side can deliver for their supporters.

“Hopefully we can give our travelling fans the result we all want,” he said. “They’ve showed their importance in big games at Fir Park and also away, none moreso than when we beat Ross County away from home last season to give ourselves a great shot of European football.

“The backing we had that day was fantastic. The supporters are always a big part of what we do. It will be a hostile atmosphere tomorrow but if we stick together we’ll come through it.”

Alexander believes criticism of last week’s performance was slightly over the top and feels that if they are more clinical in front of goal they have every chance of getting the result they need in Ireland.

“We always want to play on the front foot and score goals,” he said. “It doesn’t always come off like that but I think you can see from the way we approached the game last week that we created a lot of chances and had a lot of efforts at goal.

“Their goalkeeper and centre-backs played very well to stop us from scoring. We’re going to have to test them again.