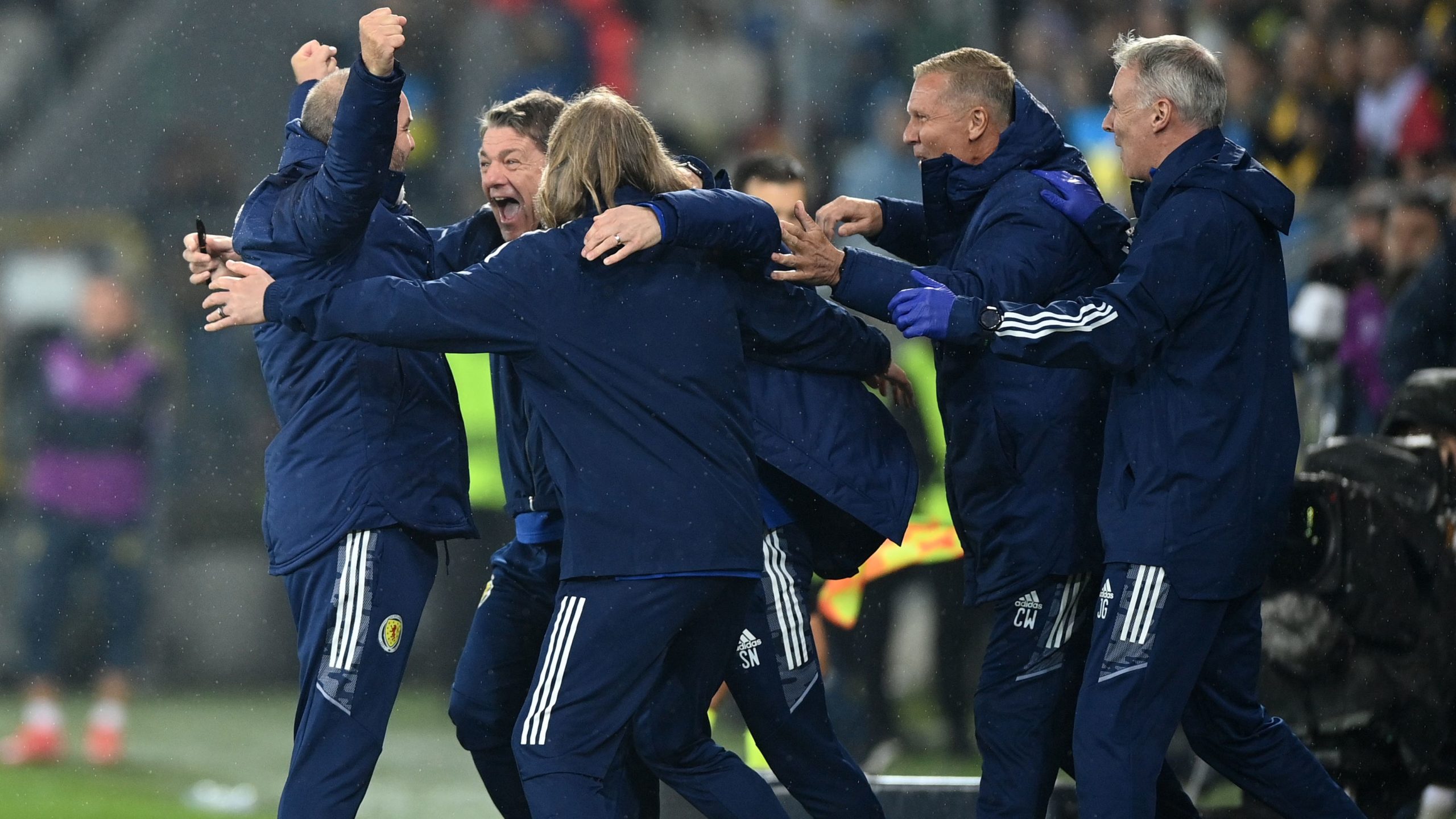 What next for Scotland after winning promotion to Nations League Group A?

By By PA Sport StaffSeptember 28, 2022No Comments

Scotland finished top of Nations League Group B1 with a goalless draw against Ukraine in Krakow on Tuesday night.

Here, PA News agency looks at the ramifications of the resultant promotion to the elite level of the next Nations League campaign and the impact winning the group will have on qualification for the 2024 European Championship.

Taking on the top teams in Europe

In the inaugural Nations League in 2018, Scotland played Albania and Israel in Group C1.

The 2024 competition will look completely different for the Scots in Group A.

Scotland cannot be drawn in the same group as fellow promoted countries Israel, Bosnia and Herzegovina and Serbia.

However, all the big footballing nations such as France, Spain, Germany, Italy, Portugal and Netherlands are lying in wait.

Unfortunately, there can be no meeting with Auld Enemy England who dropped down to League B.

However, in December, UEFA vice-president Zbigniew Boniek said that all 10 teams from CONMEBOL, South America’s football federation, may join the Nations League so maybe there could be a revamp with the likes of Brazil and Argentina involved.

Being among the second seeds for the Euro 2024 qualifiers, which are drawn next month, should in theory enhance Scotland’s chances of getting to the finals in Germany.

However, it would be folly to believe any pot three or even pot four teams would provide easy points.

Romania, Sweden, Norway and Iceland are among the countries in pot three and all would provide a tough test should they be drawn in the same section as Scotland. Should the Scots fail in their task, they will get another opportunity through the play-offs, the route they took to the delayed Euro 2020.

It was reported that Scotland got £1.5million for taking part in Group B1 which will be doubled for winning it.

Scotland will be guaranteed three glamour games at Hampden Park when the Nations League comes around again in 2024-25.

The national stadium will guarantee to sell out to see the cream of the crop in Europe and in addition there should be an opportunity to earn more through things like hospitality and merchandising, which will be welcome revenue for the Scottish FA.

Who drops out of the squad?

All is rosy in Scotland’s garden after winning promotion but coach Steve Clarke will have to do some squad pruning.

The Scots’ boss was hit by a raft of injuries, and a Scott McTominay suspension to boot, by the time the final Group B1 fixture against Ukraine came along.

Clarke’s side performed heroically for the crucial point with debutant Ryan Porteous of Hibernian particularly impressive.

However, when the Euro qualifiers begin next March, players such as skipper Andy Robertson, Grant Hanley, Kieran Tierney, Nathan Patterson, Scott McKenna and McTominay – all of whom could be considered starters – as well as the likes of Liam Cooper, David Turnbull, Jon McLaughlin and Jacob Brown, will all be available again.

It is a selection dilemma that Clarke will welcome but a dilemma nonetheless.