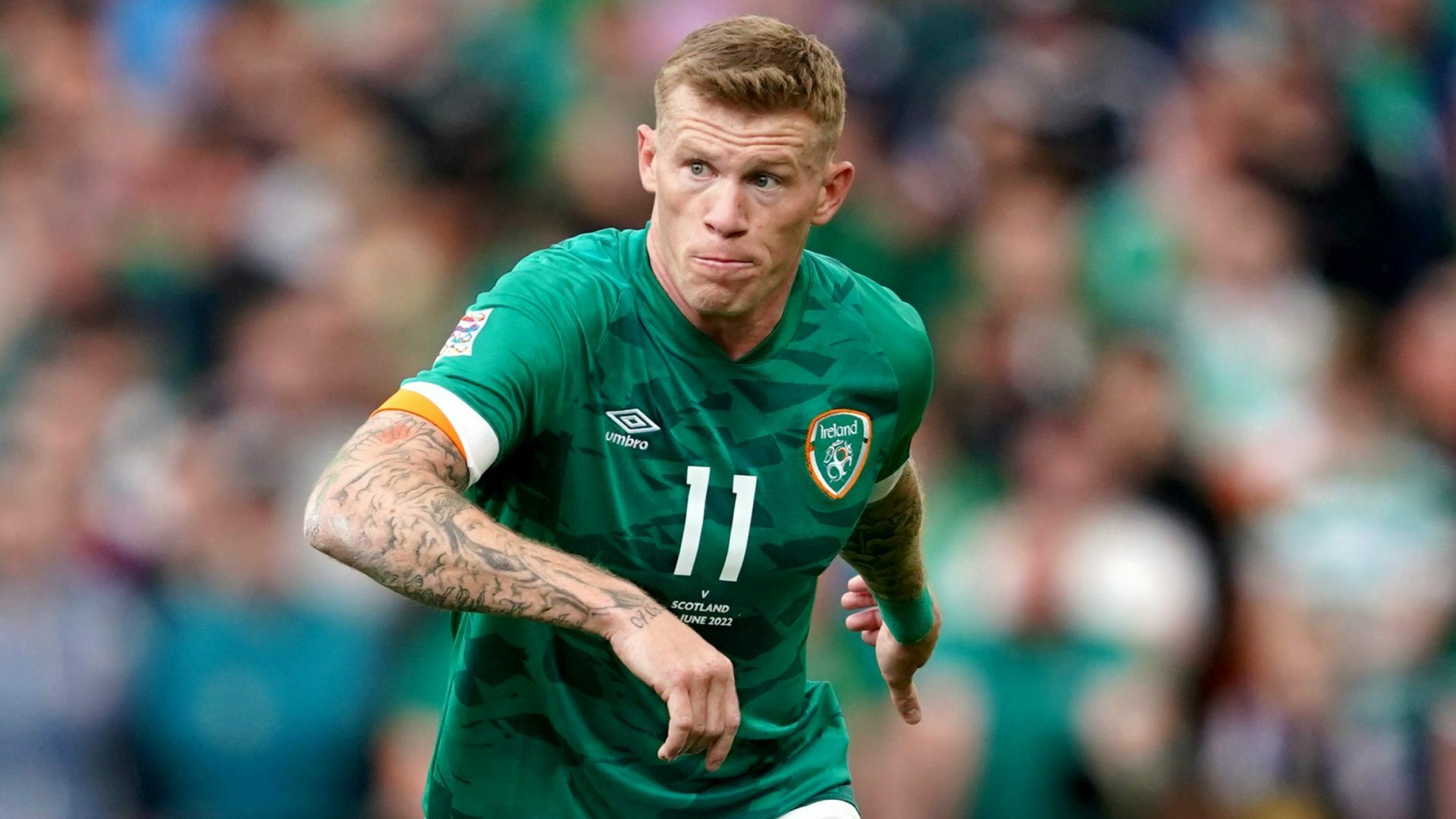 James McClean has expressed his excitement at the prospect of a new generation of Republic of Ireland players taking the national team to greater heights.

At the age 33, McClean hopes to win his 94th senior cap against Ukraine in the Polish city of Lodz on Tuesday evening, although it is the younger members of the squad in whose hands the future lies.

Asked how excited he was by what he has seen from the likes of Gavin Bazunu, Caoimhin Kelleher, Nathan Collins, Andrew Omobamidele, Jayson Molumby, Troy Parrott, Adam Idah and Michael Obafemi, McClean said: “It’s very exciting.

“Obviously they are showing the ability and potential that they have. The more experience you get at this level, the more their ability will be enhanced.

“I think the future is bright, which is obviously a nice thing, and I think you saw it last Saturday – Nathan Collins at the back, the shift Jay Molumby put in in the middle of the park, and if you look at the second and third goals, you can see what Troy and Michael can do.

“It is obviously very pleasing. It is just nice to be here and see that day in day out and see potentially what they could go on to be.”

Those performances came in Saturday’s 3-0 Nations League win over Scotland in Dublin, a result which finally ended Ireland’s wait for a first victory in the competition but more, provided vindication of manager Stephen Kenny’s drive to promote from the Under-21s ranks.

However, it was achieved in part courtesy of the energy and dead-ball delivery of McClean, a relative veteran who turned in an eye-catching display on his return to the starting line-up.

Asked if his presence at the pre-match press conference at he LKS Stadium signalled that he would captain the side in the absence of the injured Seamus Coleman and John Egan and the suspended Shane Duffy, the Wigan man said: “I have not been told that, I don’t know. That’s up to the manager, obviously.”

After a smiling Kenny sitting beside him interjected: “Absolutely no chance”, he joked: “I think the chef will get it before I get it!”

McClean made his debut as a substitute in a friendly against the Czech Republic in February 2012, but insists every cap he has earned since has been as meaningful as the first.

He said: “Every cap is special no matter what age you are. That’s the way it has always been for me anyway. You are representing your country, putting on the shirt. It is a special feeling.

“It doesn’t matter if it is my first cap or 150, it is still a special feeling. I think that’s the way it should be treated.”

McClean will hope to keep his place in a team which will have to change significantly from that which started against Scotland – man of the match Obafemi seems certain to miss out – but Kenny is not unduly concerned despite the resources available to opposite number Oleksandr Petrakov.

He said: “That’s why we have been blooding players, to give us this level of depth. I feel that anybody coming in will not necessarily weaken us.

“We have a strong squad and we have the capacity to deal with that. It’s a big challenge for us nonetheless, but one that we are not fearful of.”