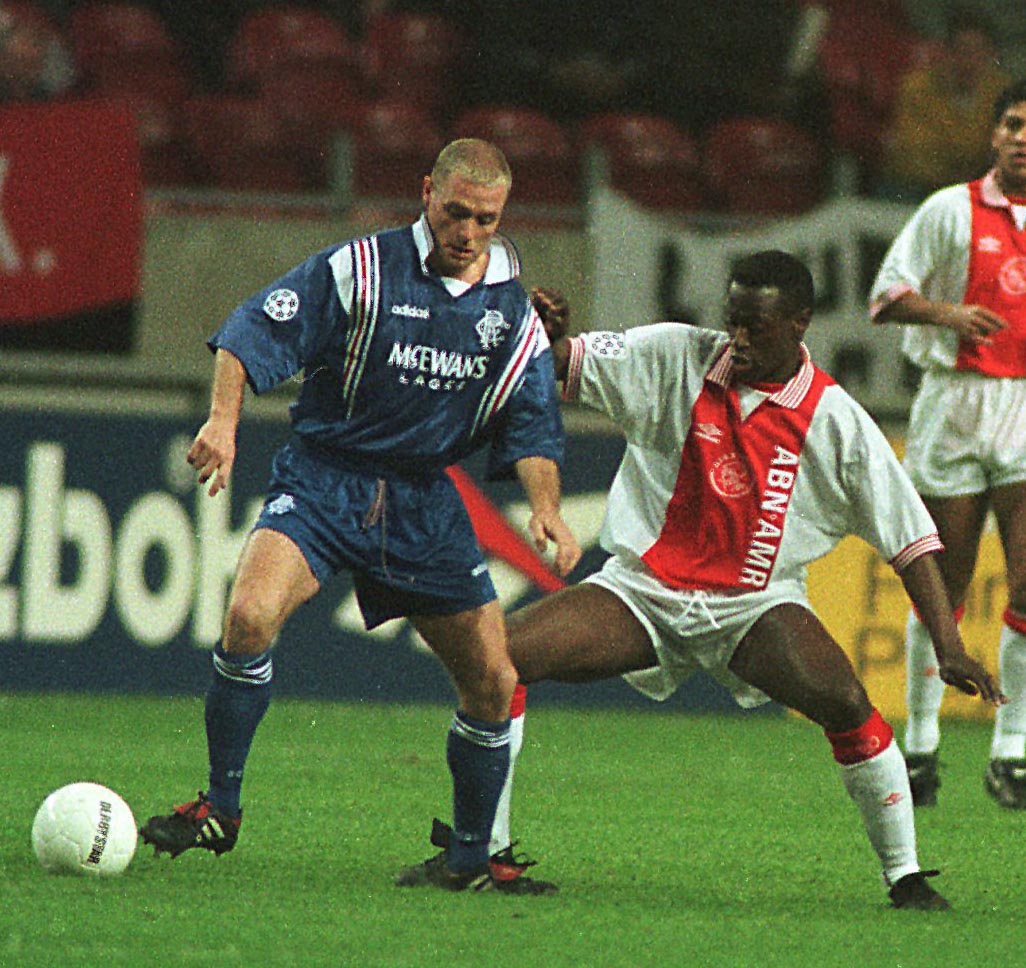 5 things to look out for as Rangers take on Ajax

By Blair MalloySeptember 7, 2022No Comments

The return of Calvin Bassey

Having made to move from Glasgow to Amsterdam in the summer for an initial fee reported to be in the region of £19 million, Calvin Bassey is reunited with his new team mates sooner than most expected.

Despite picking up a red card on his debut, the 22-year-old has adjusted well to life in the Eredivisie, having started Ajax’s last 3 games.

Bassey joins an illustrious list of players to have played for both clubs including Brian Laudrup, Shota Arveladze and both Ronald and latterly Frank de Boer.

Rangers will be looking to avoid a repeat of the last time they visited Amsterdam in 1996.

The Ibrox side took on Ajax two seasons after they secured the Champions league and although they had sold a vast proportion of that squad; Edwin van der Sar, Marc Overmars and both de Boer brother’s all took to the field that night.

Rangers were thumped 4-1 on the night, and dumped out of the competition 5-1 on aggregate after also losing the home leg.

Despite being widely regarded  as one of the most illustrious names in Dutch football, Giovanni van Bronckhorst has a poor record against the Amsterdam giants.

The Gers boss failed to beat them as  a player in 12 attempts with both Arsenal and Feyenoord.

Meanwhile as a manager he managed only 2 wins in 10 attempts whilst in the Feyenoord hot seat and has NEVER won at the Johan Cruyff Arena.

A host of new faces

It could be argued that Ajax have let go SEVEN first team players in the summer window as they enjoyed the most lucrative transfer period of any club in Europe.

Aided by the gargantuan sales of Antony and Lisnadro Martinez to Manchester United, they have also lost Nicolas Tagliafico to Lyon and Perr Schuurs to Torino.

In typical Ajax fashion, they will lean heavily on their youth system to provide a new batch of dynamic players indoctrinated into the ‘total football’ ethos.

This hasn’t stopped them spending though and they have shelled out close to £100 million for Tottenham winger Steven Bergwijn, the afore mentioned Calvin Bassey and Francisco Conceisao among others.

Added to this the loan capture of Lucas Ocampos from Sevilla and it would be foolish to underestimate Ajax as a team ‘in transition’.

Perhaps more importantly they have held on to centre back Jurrien Timber amid interest from several of Europe’s elite clubs.

Rangers make a welcome return to the Champions league after a hiatus of more than a decade.

They will be buoyed by the fact that they have had a tendency to avoid defeat in their opening group game.

Of the last 6 Champions league campaigns they haven’t lost on matchday 1, recording 4 wins.

In a quirk of the draw, Rangers have played their opening match against VFB Stuttgart 3 out of the last 6 times they have competed in the competition, winning 2 and drawing 1.