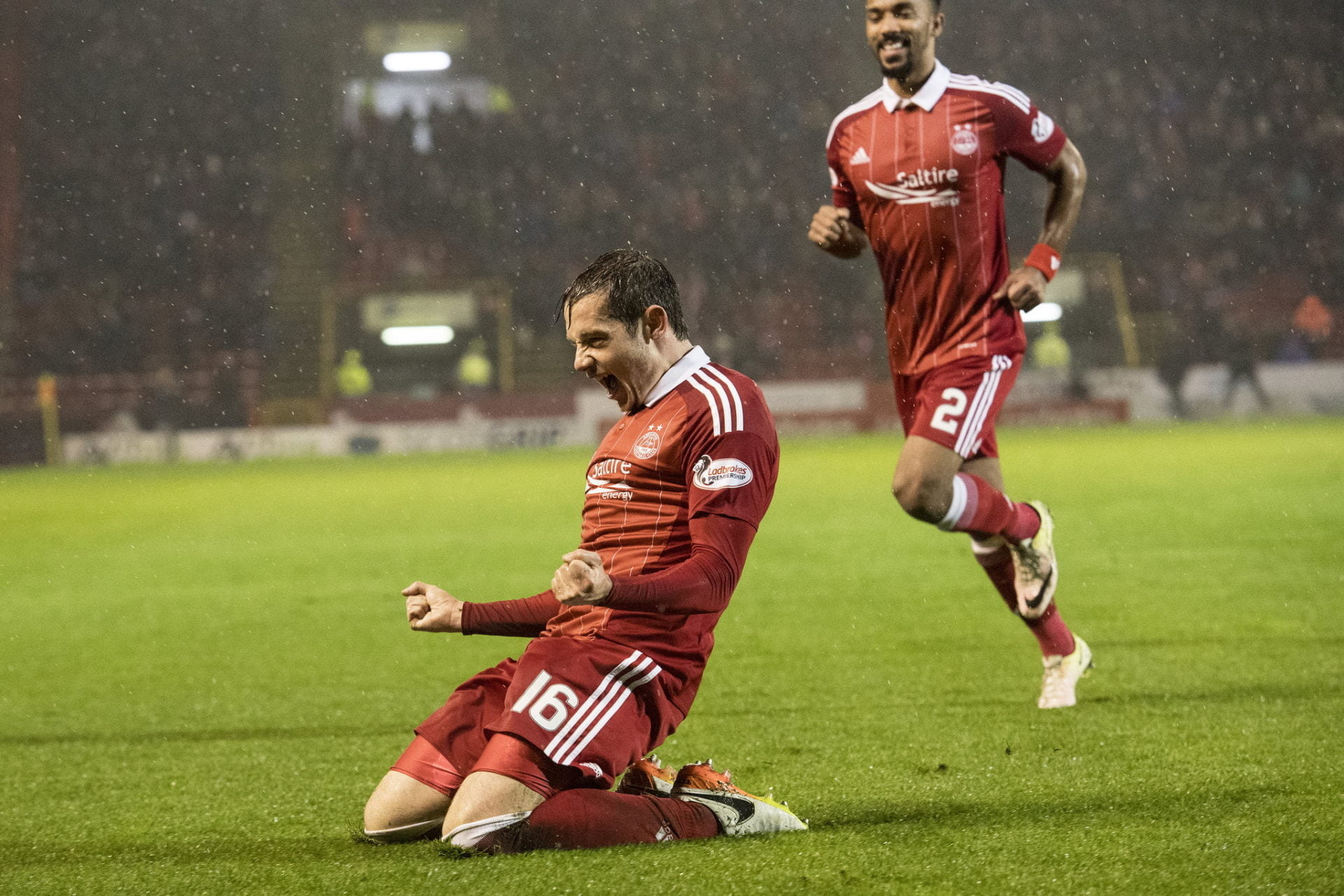 Aberdeen climbed back up to third in the Scottish Premiership, above Hearts on goal difference, after a thumping 5-1 win over a disjointed Kilmarnock at Pittodrie.

Derek McInnes’ team had the game all but sewn up by half-time thanks to goals from Peter Pawlett, Michael O’Connor and Jonny Hayes.

Hayes also netted in the second period, after Niall McGinn had struck to pile further misery on the Ayrshire side, whose consolation effort came from Rory McKenzie.

The Dons’ victory was the ideal tonic after back-to-back defeats in Glasgow, against Celtic in the League Cup final and Rangers at Ibrox in the league.

Kilmarnock, who climbed into the top six last weekend courtesy of their victory over Dundee, never looked like upsetting the odds despite McKenzie going close with a couple of early sighters from distance.

Aberdeen took complete control after going in front with their first attempt at goal in the 20th minute. Graeme Shinnie’s right-foot effort from outside the box lacked pace and conviction but Pawlett diverted the ball past Jamie MacDonald to open his account for the season.

Pawlett was involved again when the Dons doubled their lead on the half-hour mark. His shot from a James Maddison cross was well kept out by MacDonald but O’Connor was handily placed to tap in the rebound from close range.

The rampant Reds added a third in the 37th minute to effectively kill the contest. Hayes burst clear with a forceful run and when he arrived in the penalty area, the Irishman smashed a low shot beyond the helpless MacDonald.

Maddison, in on goal, should have added another as half-time approached but, after latching on to a clever Hayes cutback, his shot was superbly tipped around the post by the visiting goalkeeper.

Killie had offered little resistance and that prompted manager Lee Clark to make a double substitution at the interval, with Flo Bojaj and Nathan Tyson replacing Jordan Jones and Greg Taylor.

The Rugby Park outfit fell further behind in the 69th minute, however, as the returning McGinn marked his first start in five matches with a goal. McGinn saw his initial shot blocked but when the ball fell back into his path, he buried a 14-yard drive into the corner of the net.

McKenzie slotted in a Tyson centre in the 77th minute to give the small band of Killie supporters something to cheer, but Hayes completed the scoring with five minutes remaining after latching onto a knockdown from substitute Jayden Stockley to put the seal on an easy victory.