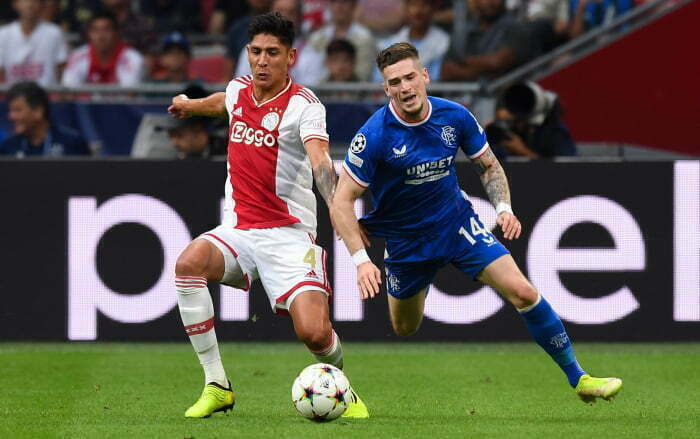 By Cheryl SmithSeptember 7, 2022No Comments

Rangers suffered a 4-0 defeat to Ajax on matchday one of the Champions League.

Three first half-goals from Edson Alvarez, Steven Berghuis and Mohammed Kudus gave the Dutch side a commanding lead at the break.

Giovanni van Bronckhorst made a triple sub at half-time with Scott Wright, Malik Tillman and captain James Tavernier being taken off.

Those three were replaced with Leon King, Rabbi Matondo and Ryan Jack in an attempt to limit the damage in the second half in Amsterdam.

Borna Barisic struck for Rangers midway through the second half but the goal was ruled out by VAR for an offside on Ryan Kent and the score remained 3-0 to Ajax.

But Ajax sealed the win with a 4th goal when Steven Bergwijn capitalised on a slack pass from Ryan Jack and rounded Jon McLaughlin to fire into the net.